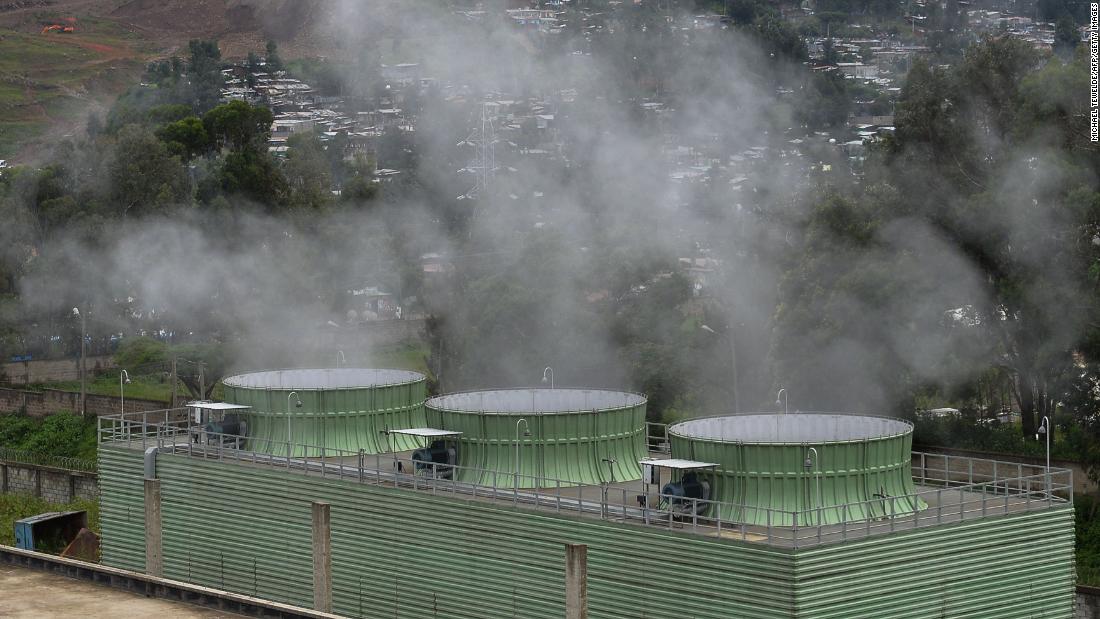 This weekend, the Ethiopian government opened a $ 120 million waste-to-power plant right next to the garbage dump in an attempt to curb the city's growing waste problem.

The plant – Reppie – is now operational and can harvest energy from 1.4 million kilograms of waste every day.

This will produce enough electricity to provide an estimated 30% of households in Addis Ababa with electricity, according to the company responsible for the Cambridge Industries project.

"One of the exciting things for us about the Reppie plant in Addis is that it is the first of its kind in Africa," says Samuel Alemayehu, Managing Director for Africa or Cambridge Industries, to CNN.

Another type of waste-to-power plant was opened last year in Cape Town, South Africa, with the aim of converting organic waste into gas and fuel.
In Naivasha, Kenya, an anaerobic digestion plant produces enough energy to grow a commercial farm and sell excess electricity to the national grid.

The Reppie power plant will burn approximately 85% of Addis Ababa's fresh domestic waste to generate heat, which will generate steam turbines to produce an estimated 185 million kilowatt-hours of electricity per year.

The idea is that this installation will reduce the need for further landfills and at the same time produce and export electricity to the Ethiopian national network.

But the Reppie plant will not convert debris from the landfill next to it, explains Alemayehu.

The landfill – called "Koshe", meaning "dust" – covers an area of ​​the size of 36 football fields and releases toxic chemicals into groundwater and methane into the atmosphere, according to UN Environment.

Alemayehu says that an all-encompassing waste-to-energy facility is an optimal solution for the growing metropolises of Africa.

Although such facilities are common in Europe, African countries are more likely to dispose of waste in open landfills or semi-protected landfills, he explains.

The Reppie facility has the potential to annually recycle an estimated 3.6 million kilograms of metals from the incinerated waste. Residue can also be used to produce an estimated 27,000 stones every day, explains Alemayehu.

He says the plant will meet the same emission standards as in the EU, using flue gas treatment technology, to ensure that nitrogen oxides and sulfur dioxide produced by the plant are drastically reduced.

Cambridge Industries worked with the Ethiopian government, China National Electric Engineering and the Danish engineering firm Ramboll to get the project off the ground.

Alemayehu hopes to develop similar waste-to-power plants in large cities in Africa where landfill is overcapacity, such as Lagos, Nairobi and Kampala.

"After we have created a unique facility for Africa, our goal is to duplicate it at five locations," he says. "We focus on cities that have to build a new landfill."

He adds: "Our goal is to build this facility and also create a renewable energy source that competes with fossil fuel-based power plants."