Is the government taking too many risks with state-guaranteed loans to face the crisis?

france November 27, 2020 france Comments Off on Is the government taking too many risks with state-guaranteed loans to face the crisis? 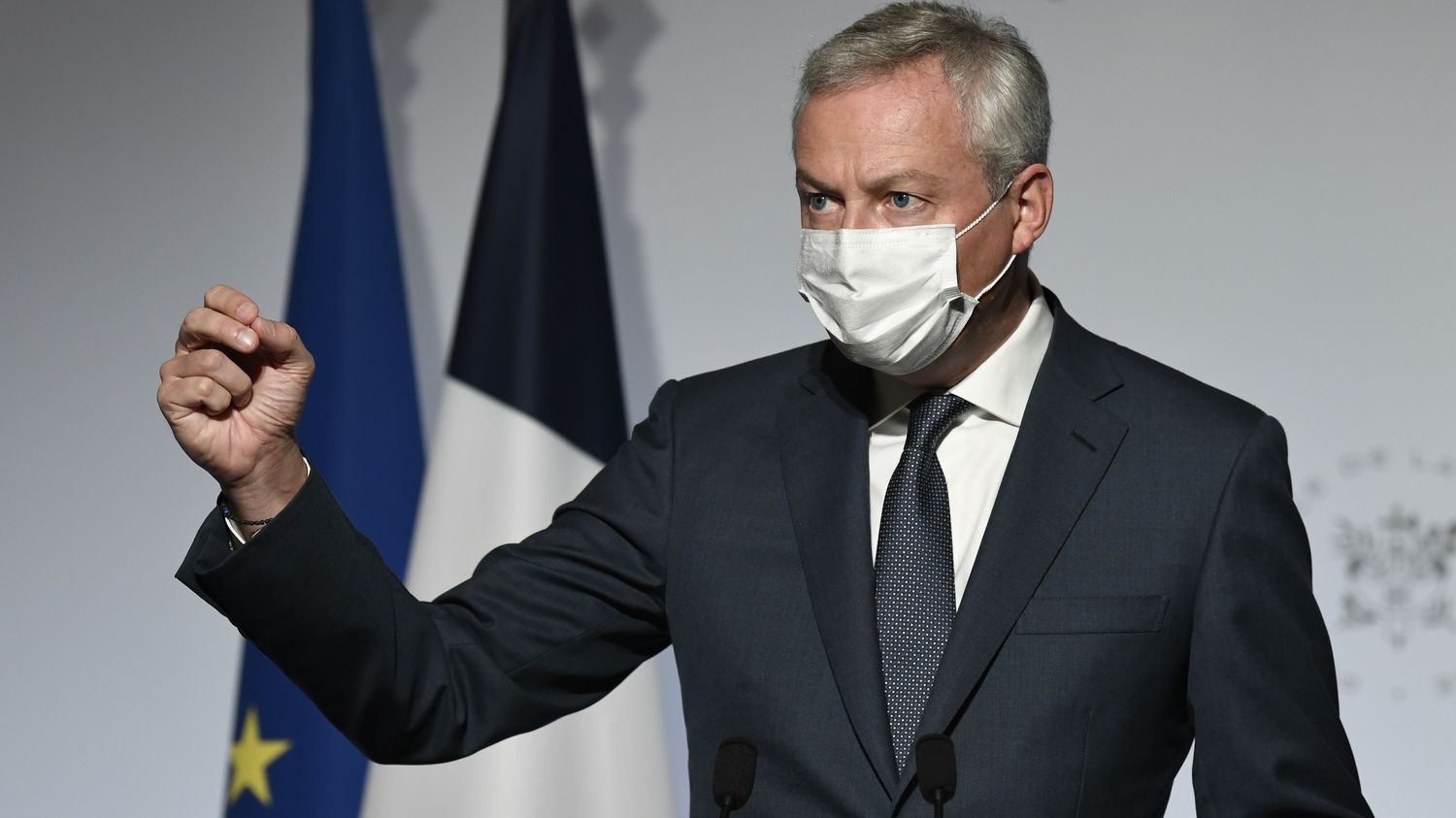 It is one of the government’s most important measures to support the economy hit by the coronavirus epidemic. Since the spring, companies with little money have been able to take out state-guaranteed loans (PGEs) with their banks. More than 125 More than 610 billion euros have been borrowed since March 000 companies, mostly small (93% VSEs and SMEs). But the device is a double-edged sword. Because if the borrowers go bankrupt, it is up to the state to pay the bill: up to 90% of the amount for VSEs and SMEs and 70 to 80% for large companies.

The EMP system has been launched across Europe. But it is in France that the formula is most successful, ahead of Italy (€ 120 billion), Spain (€ 108 billion), the United Kingdom (€ 88 billion) and Germany (€ 55 billion). ). And the counters are far from stopped. The French government has planned a total of EUR 300 billion in mobilizable resources. And in mid-October, the Minister of Economy, Bruno Le Maire, announced an extension of the system for six months, until June 2021.

“It is a great success. EMPs have penetrated the structure of very small businesses and SMEs, including those that did not have highly structured banking relationships”, notes Nicolas Véron, an economist at Bruegel’s think tank and the Peterson Institute. Laurent Munerot, president of the Union of Local Businesses (U2P), which represents 2.8 million artisans, traders and professions, makes the same comment. “In all fairness, there have not been many companies that were not entitled to the EMP. By pushing, we even managed to ensure that companies in difficult situations can take advantage of it”, he emphasizes. In fact, according to a weekly government-updated counter, the number of EMP request denials is very low – only 2.8% of eligible companies have been denied.

As a result, the number of bankruptcies has been in a free fall since March. Since the beginning of the year, only 20,500 reorganization or liquidation proceedings have been opened in commercial courts. That is 40% less than in 2019 and 2018. And this phenomenon also affects the mediation procedures, these confidential agreements that are organized behind closed doors between company leaders in delicate situations and their creditors to avoid the courts. “We have relatively few new cases that are direct consequences of the pandemic”, acknowledges Serge Pelletier, a lawyer specializing in the law of companies in difficulty.

But for the attorney, state aid, including guaranteed loans, had a windfall effect that benefited all businesses indiscriminately, even those already in trouble before the pandemic. “The criteria for awarding EMPs are relatively flexible. As long as you are not involved in a safeguard or receivership procedure and the level of your equity puts you outside the definition of a company.” difficulty according to European rules, the file succeeds “, Serge Pelletier notes. Supported by this cash flow, a large number of companies were thus able to avoid bankruptcy. But this situation is not sustainable in the long term. “The government has simply postponed the deadline. A major economic crisis is coming that will inevitably lead to a wave of bankruptcies. Businesses are currently enjoying cash favors. But this situation is the result of increasing liabilities. Time, it will be necessary to pay”, says Serge Pelletier.

Bercy, questioned by franceinfo, fully assumes this part of the risk.

“The fact that we have far fewer collective proceedings this year is a sign that we did indeed have broad support. But it was a will on our part.”

The Ministry of Economic Affairs

Despite the high risk that a large number of borrowers will be cornered by the early terms of their loans in 2021, the government has decided to extend the repayment periods. Bruno Le Maire announced on October 29 that troubled companies could request a second year of grace before starting to pay back their EMP, in addition to the first blank year the device already provides. This announcement prompts forecasters to lower their forecasts for the number of bankruptcies in 2021. Credit insurer Coface therefore predicts an increase in the number of bankruptcy filings of only 16% compared to 2019.

What will the amount of the PGE bill be for the state and therefore for the taxpayer? An initial estimate was included in the Finance Act (PLF) for 2021, which is currently under discussion in parliament. The government, which relies on Banque de France models, expects 4.6% default, or gross losses of 6.4 billion euros, over six years until 2026. And thanks to premiums generated by loans, estimated at 2.9 billion euros , net losses would be reduced to EUR 3.6 billion. But this scenario was prepared before the decision to refine the country again on October 30. Asked by franceinfo about the impact of the refinancing on its calculations, the Banque de France starts. “Unfortunately we are not authorized to answer them”, the financial institution explains.

In particular, the forecasts entered into the PLF do not take into account the new announcements made by Bruno Le Maire in October: the possibility for companies to request a deferred repayment of an additional year, until 2022 for loans made this year are provided. , and the extension of the system until June 2021. Bercy does not foresee a strong impact of these provisions. “These two elements will have an extremely marginal impact on the amount of state loss assessment on this device”, the Ministry of Economic Affairs tells franceinfo.

On the part of the public investment bank Bpifrance, the speech is also quite reassuring. The institution, acting as an intermediary between the state and the banks in the distribution of EMPs, notes that few companies have issued the borrowed money. “Our latest survey, conducted in September of a sample of 600 companies, showed that more than two-thirds had accomplished little or nothing with their EMP”, explains Philippe Mutricy, director of evaluation, studies and prospecting at Bpifrance. The expert is also confident in the repayment options: “According to our barometer, more than 19% of companies plan to pay in full by 2021. Those who think they won’t be able to pay it back are only 4%.” But Bpifrance’s representative nonetheless calls for caution in the face of a particularly unstable situation that could rearrange the cards overnight.

“We are in a very difficult time. The situation is changing very quickly and our comparisons are overwhelmed by the number of unknowns that are added almost every week.”

In fact, the optimism of some is not shared by others. “I’m starting to see extremely corrupt files coming in. These are mainly restaurants and gyms. There is so much nothing in the bank accounts that there is no hope. And sometimes companies have closed EMPs”, attorney Serge Pelletier notes. Yves Marmont, Ain accountant and president of the Federation of Accredited Management Centers (FCGA) helping 300,000 small businesses, sees the situation deteriorating as well. “There are companies that did not apply for EMP in the first incarceration and are now applying. That means it is tight. Knowing that I have clients who do have one at the first incarceration.” think they don’t have to use it. And today they have not only used it, but they are also asking for a second “, explains Yves Marmont.

The monitoring data for the granting of EMPs published by the government has not yet shown an explosion in applications since the refinancing. This lack of movement does not reassure Laurent Munerot. “If we don’t look to the future, we will not take out a loan”, the president of the U2P is concerned.

In the meantime, this weight of uncertainty is being felt as far as Parliament is due to vote on the PLF 2021 and its € 100 billion recovery plan before the end of the year. “We’re going to argue with numbers that are already outdated. It’s getting annoying.”, gets carried away with Senator LR Jean-François Husson, general rapporteur for the budget in the Senate, while moderating: “At the same time, I think it is still too early.” To the National Assembly, LREM representative Bénédicte Peyrol admits the same helplessness. As Special Rapporteur for the “Financial Liabilities of the State” section of the PLF, it is responsible for tracking the budgetary costs of EMPs. Asked by franceinfo about the impact of the refinancing on the cost of the device, Bénédicte Peyrol remains undecided: ‘I can’t tell you whether it’s going to double or triple. It all depends on the economic recovery. And in all humility I don’t know. ‘