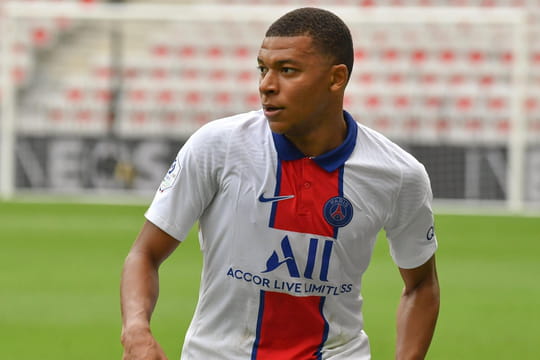 MANCHESTER UNITED – PSG. Live score and goals, result, summary … Experience the match live between Manchester United and Paris Saint-Germain, on Wednesday evening, on behalf of the 5th match day of the Champions League.

The teams from Manchester United and Paris Saint-Germain are entering the lawn of Old Trafford! The kick-off will be given in a few moments by Mr Orsato, after the hymn of the Champions League.

In the other match, Leipzig in Turkey won on the field of Istanbul Basaksehir thanks to a goal from Sorloth in extra time after a crazy match (4-3). A victory that doesn’t do PSG’s business. The Germans come back to Manchester in the standings, with 9 points. PSG has 6 to kick off tonight’s game. If PSG lose tonight, it will only take one point in Leipzig next week against the already qualified MU to reach the eighth final.

Daniele Orsato, who will be joined tonight by his fellow countrymen Alessandro Giallatini, Fabiano Preti, Daniele Doveri, Marco Guida and Marco Di Bello, has already been active in three matches of PSG’s Champions League in the past: during his victory over the Celtic Glasgow lawn in 2017 (0-5), in last summer’s final won by Bayern Munich (1-0), and in February 2019, during the Parisian success on the lawn of… Manchester United (0-2).

8.45 pm – The results of the confrontations between Paris and Man U

Before the match of the day, PSG and Manchester United have faced each other three times in the very recent past, each time in the Champions League. The paths of the two teams thus crossed last October, during the first day of this group stage, with the key to a 2-1 victory for MU at the Parc des Princes, but also during the winter of 2019, in Round of 16 of the contest. At the time, Paris had won 2-0 in the first leg at Old Trafford, before the return to the Parc des Princes reared its head and suffered a defeat synonymous with elimination (1-3). In this history between the two teams we also find the trail of a practice game for the season, in July 205, won by PSG with a score of 2-0.

Edinson Cavani will no doubt experience a special moment when he faces Paris Saint-Germain, where he scored 200 goals between 2013 and 2020. But for Manchester United coach Ole Gunnar Solskjaer, the Uruguayan striker is “ready to play.” This meeting: “It is clear that it is special for him to play against PSG, his former club of which he is the top scorer in history This will inevitably have an effect on his mind, but from what I know about him, it energizes him and will work on his mood to be ready for the game.

The coach of Paris Saint-Germain Thomas Tuchel explained himself about Moise Kean’s tenure and not Angel Di Maria, at RMC Sport’s microphone on Wednesday evening.

PSG, despite their two losses in four games, can qualify tonight if they win at Old Trafford. He must win on Mancunian’s lawn by at least two goals or a single goal, but by scoring at least three goals (3-2, 4-3), due to Manchester United’s victory at Parc des Princes on the outward journey. However, you should expect a match between Basaksehir and Leipzig, which is currently taking place. Paris Saint-Germain could no longer be overtaken by MU or Leipzig, who will face each other on the last day. On the other hand, Sir Paris bows tonight and that Leipzig wins in Turkey, the German club only needs one point at home on the last day against the already qualified Mancuniens …

For this trip that could decide the remainder of the Paris season, Thomas Tuchel has decided to withhold Angel Di Maria from kick-off in the 4-3-3 he has set up. It is Moise Kean who starts in the front, accompanied by Neymar and Mbappé. In the middle, Verratti continues with Paredes and Danilo after his recovery last week. In defense, Abdou Diallo is preferred to Kurzawa and Bakker on the left. PSG’s starting line-up: Navas – Florenzi, Marquinhos, Kimpembe, Diallo – Verratti, Danilo, Paredes – Mbappé, Kean, Neymar.

Ole Gunnar Solskajer has decided not to be impressed by the arrival of PSG and is setting up a reasonably attacking team at Old Trafford on Wednesday evening. Martial, an uncertain time after being ill, all three of Rashford and Cavani start up front. The uncertainty concerns Bruno Fernandes, who could slide down the middle in a 4-3-3 unless he’s number 10 with Martial and Rashford on the sides in a 4-2-3-1. David De Gea, hit in the knee, is ultimately the holder in Dean Henderson’s place. Manchester United’s starting line-up: De Gea – Wan-Bissaka, Lindelöf, Maguire, A. Telles – Fred, McTominay – Rashford, B. Fernandes, Martial – Cavani.

19:47 – Paisley: “PSG has nothing to envy Manchester United”

At the invitation of PSG TV to give his forecast for this Manchester United – PSG, Grégory Paisley, who will respond to the match on the Paris club’s channel, was cautious. “If I am objective, I think it will be complicated, the former defender of Paris Saint-Germain estimated. I immediately sign for a draw (…) To get a positive result, it will be necessary to attack. “We get opportunities and we must not waste them. But the most important thing is to play as a team and be united. On paper we have nothing to envy this Manchester United team.”

On the occasion of this Manchester – PSG, the Parisian club will face an English club for the 23rd time in a European football competition and currently shows a mixed record of 6 wins, 8 draws and 8 defeats. In the last five trips to England, Paris has had two wins (against Chelsea and Manchester United), a draw (against Arsenal) and two losses (against Manchester City and Liverpool).

Asked yesterday about the fear of a possible elimination and the pressure that comes with it, the Paris Saint-Germain coach explained: “Yes, there is pressure, but it was the same for Leipzig. Victory is mandatory. It will depend a bit of the result of Leipzig in Istanbul before, but the situation is clear: we arrive at Old Trafford to win. It’s a big challenge but it’s not impossible and that’s what we will prepare. We will be tactically and prepare mentally, and we will also have to show solidarity to overcome this obstacle. “

Here’s an element that could become important if the final group match next week turns out to be decisive: Neymar, already warned against Leipzig last week, will indeed be suspended from the next C1 encounter if he receives it. another yellow card tonight. PSG’s Brazilian forward is the only player from both teams to be in this scenario for this Group H shock.

Absent from the first leg at the Parc des Princes, Edinson Cavani (top scorer in PSG history, with 200 goals scored in 301 games between 2013 and 2020) will face his former teammates and could even hold up the Mancunian’s point. attack. Note that this match will also have a smell of reunion for Parisian midfielders Ander Herrera and Angel Di Maria, who played at MU from 2014 to 2019 and during the 2014-2015 season respectively.

Thomas Tuchel has decided to keep a larger group to prepare for this decisive match, especially the young Pembélé and Fadiga:

The PSG coach, on the other hand, did not want to give very accurate information about the composition of his starting XI or about the chosen tactical schedule. However, we would be heading for a 4-3-3, with Marquinhos in the central defense and Danilo in the midfield, alongside Verratti. According to L’Equipe, Abdou Diallo would be tipped to occupy the left flank of the rearguard, while Kean could be favored over Di Maria on attack. The likely composition of PSG : Navas – Florenzi, Marquinhos, Kimpembe, Diallo – Paredes, Danilo, Verratti – Mbappé, Kean, Neymar.

This football match between Manchester United and Paris-SG will not benefit from a free-to-air broadcast on TV on Wednesday evening: these are Telefoot and the chain RMC Sport 1 who ensure that the match is broadcast live (the TV program).

To watch this Manchester – PSG streaming on the web you need to go to the website of the Téléfoot channel or on the RMC Sport platform. Access to the video stream is for a fee. Also experience the match live with the summary of the main game facts and the live score on this page (see above).

Paris Saint-Germain’s chance of victory is around $ 2.35 and is slightly lower than attributed to Manchester United’s success ($ 2.85), while the draw result is quoted at around $ 3.50. Bet online with Winamax (€ 100 refunded), Unibet (€ 100 free bets) or Betclic (€ 100 refunded with the promotional code LINTERNAUTE).