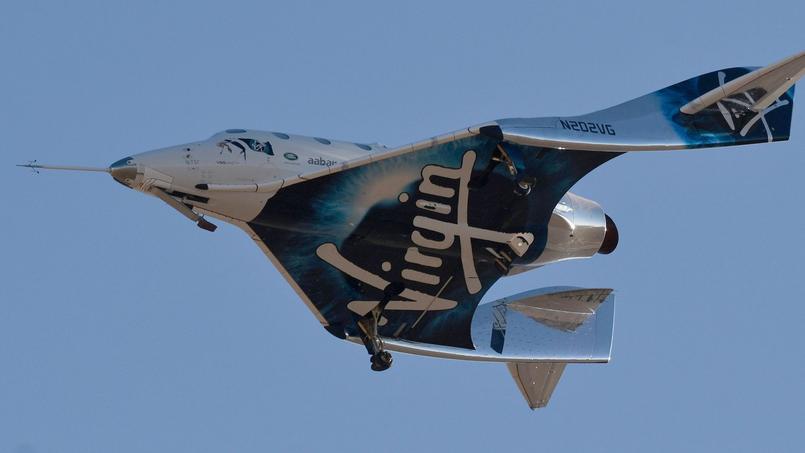 After three test flights and the death of a pilot in 2014, the spacecraft of billionaire Richard Branson finally made its test flight on Friday at the confines of space.

Successful trial of the Mojave Desert in California (US) from SpaceShip Two, the commercial space flight produced by SpaceShip Co., the sister company of Virgin Galactic, controlled by the British magnate Richard Branson who attended the launch, at 7 am (4 pm in Paris). This is the first successful launch of an American space flight, at the confines of space, since the United States abandoned its shuttle program in 2011. SpaceShip Two (a first flight crashed in 2014 with two pilots on board, one of which died and the other heavily injured), flew at an altitude of 80.5 km above earth. A distance high enough for the passengers to stand in gravity and clearly see the roundness of the earth.

This test flight, led by two pilots, Mark Stucky and Frederick Sturckow, took a model called Annie, a preview of the 90-minute commercial flights around the earth that the British billionaire is planning to launch from March. . Each flight is marketed with $ 250,000 (220,000 euros) and more than 600 people have already paid a deposit for these suborbital routes, including the actor Leonardo DiCaprio.

The space plane was first placed at a height of 45,000 feet (13,700 meters) by the widebody plane WhiteKnight Two (the second white knight) and was catapulted to the edges of the space. This flight marks the beginning of the commercial battle in the inhabited space. The new Shepard rocket from the company Blue Origin, the American Jeff Bezos, founder of Amazon, should offer its manned flights at the same rate, announced Reuters this summer. And last September, Elon Musk & # 39; s Space X, president of the electric car company Tesla, announced the launch in 2023 of a commercial flight around the moon, the Japanese billionaire Yusaku Maezawa, founder of Zozo mode.