what to remember from Saturday

france December 6, 2020 france Comments Off on what to remember from Saturday 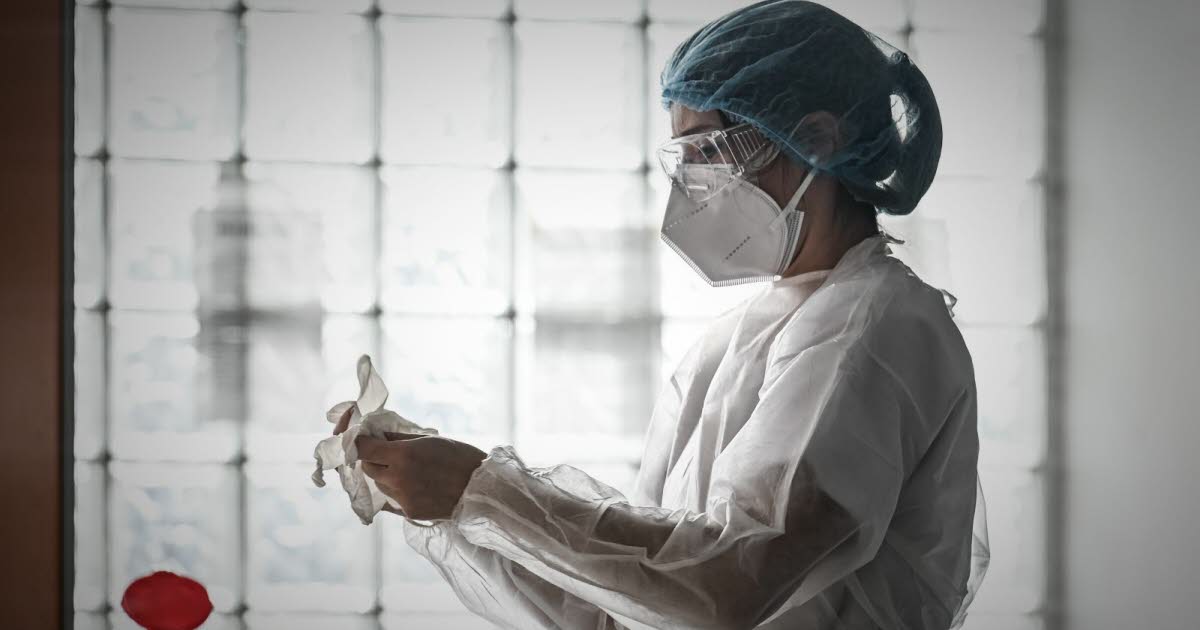 According to Public Health France, there have been 216 hospital deaths in France in the last 24 hours, bringing the total to 37,822 since the start of the epidemic.

In addition, 12,923 additional cases of contamination were identified compared to yesterday, including 10,504 cases confirmed by RT-PCR and 2,419 cases confirmed by antigen test. In total, more than 2.2 million cases have been confirmed since the start of the epidemic.

5:52 pm: Montagne, a group of senators are asking for an audience with Macron

A group of 58 senators, mostly from the right and center, in a letter to the president of the republic on Friday requested “an audience to discuss their fears of stigmatizing mountain resorts.”

2.38 pm: Kyrgyzstan reopens its borders to citizens of all countries

Kyrgyzstan on Saturday announced the reopening of its borders to citizens of all countries arriving by air at three airports in the country, after months of closure due to the pandemic.
As of Friday, December 4, “foreign citizens and stateless persons can arrive in the Kyrgyz Republic on regular flights,” Kyrgyzstan’s foreign ministry said in a statement on Saturday.

Moscow has begun immunizing social workers, medical personnel and teachers in some 70 centers. Russia, refusing any containment, was one of the first countries to develop a vaccine in August – called Sputnik V, referring to the Soviet satellite – even before the start of large-scale clinical trials.

The epidemic continues in Italy: after a record 993 deaths in 24 hours on Thursday, the country mourned 814 deaths the following day. Italy, the first European country to be permanently affected by Covid, has registered a total of 1.66 million cases, including 58,038 deaths.
New restrictions, including the ban on interregional travel between December 21 and January 6, were enacted to ward off the specter of a third wave in January.

A decree published in the Official Journal on Saturday is surprising to say the least: in the context of the Covid-19, it clearly indicates that ski lifts, chairlifts and other gondolas will not be accessible … except for certain categories, such as professionals in the sector and minors “recognized within a sports association affiliated with the French Ski Federation”, says the Dauphiné Libéré.

11:09 am: The WHO is calling for our vigilance not to drop as the epidemic returns

The WHO warns against the temptation to lower our guard in the face of a Covid-19 epidemic recovering particularly in the United States, despite the optimism sparked by the advent of vaccines.

But in France, all indicators of the epidemic continue to slowly decline (read below).

In Japan, the organizers of the Tokyo Olympics, postponed to the summer of 2021, announced that the bill would increase by at least $ 2.1 billion due to the costs associated with the delay and the health measures that will be taken. set up for the event.

9:40 am: Isolation, loss of meaning … psychologists collect the suffering of teleworkers

Isolation, overwork, loss of meaning … teleworking causes fear in some employees, all the more when it is accompanied by fear of Covid and economic insecurity, according to psychologists gathering their information. overdue calls.

In mid-November, the Ministry of Labor launched a toll-free number (0800 13 00 00) to support the employees of VSEs and SMEs who have difficulties in conducting their activity through teleworking and are not provided support as some large companies do.

8:44 am: Universities are gradually reopening from the beginning of the school year in January

The decision was announced by Prime Minister Jean Castex to representatives of higher education on Friday afternoon.

8:20 am: In the north, GSK is already hard at work producing its adjuvant

Large steel tanks, supply lines, a control screen in a highly secured area: it is located in a small room in the heart of a GSK factory in Saint-Amand-les-Eaux (North) that manufactures the adjuvant to monitor the effectiveness of some of improve future anti-Covid vaccines.

The essential importance of the adjuvant? Mixed with the vaccine antigen, it boosts the body’s immune response to the virus.

7:55 am: Post-Thanksgiving outbreak in the United States

In the United States, which is paying the highest price with more than 278,000 dead, trips taken by millions of Americans a week ago before Thanksgiving risk “an outbreak on top of the outbreak,” immunologist Anthony Fauci.

The United States registered one for the second consecutive day on Friday 24-hour infection record, with 225,201 new cases according to Johns Hopkins University, who refers.

07.07 am: Peru gives permission for flights from Europe in mid-December

Peru will allow flights from Europe from December 15, the government announced on Friday to revive a tourism industry vital to its economy. There will be flights from Madrid, Barcelona, ​​Paris, Amsterdam and several countries in Europe, including Germany.

On October 5, Peru reopened its air traffic for flights from select Latin American countries, and on November 1, it approved flights to the Americas, including the United States and Mexico.
To enter Peru, passengers must submit a negative Covid-19 test.

British health authorities on Friday judged “likely” a significant regression of the pandemic, “by the spring” thanks to vaccination, while calling for preparation for a post-Christmas rebound.

The UK, the most affected country in Europe by the pandemic (more than 60,000 deaths), became the first Western country to approve a vaccine against Covid-19 this week by giving the green light to that of Pfizer and BioNTech. The first doses should be injected the following week.

What you need to know this Saturday morning

The new coronavirus that mainly kills the oldest, could the death of Covid-19 have happened a little later anyway? At the moment there is nothing to say when. Even if in the end everyone is doomed … Answer in this article.

6:49 am: Social plans, a reflection of a suffering France

More than 650 social plans have been announced since March 1. Thousands of jobs are in danger of being swallowed up by the economic crisis caused by the pandemic. We take stock in this article (subscriber link).

6:47 AM: All indicators continue their slow decline in France

6:45 AM: Hello and welcome to this live dedicated to the evolution of the coronavirus epidemic in France and around the world.