5 suspects imprisoned for the murder of a transsexual prostitute 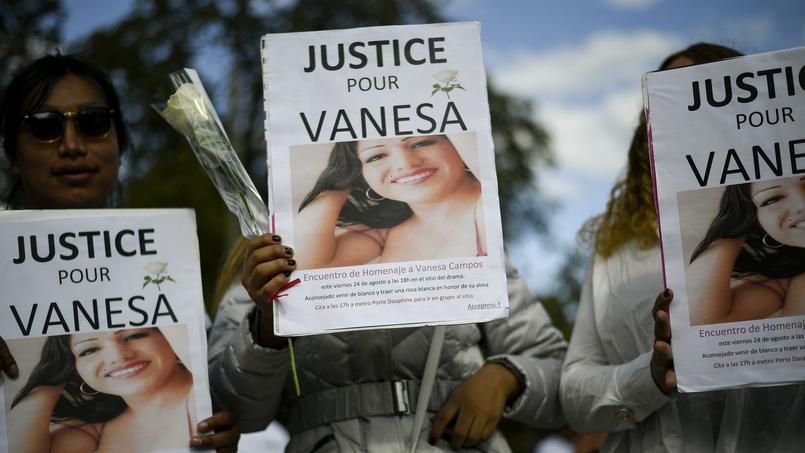 A female sex worker from Peru was murdered in the Bois de Boulogne in the night of 16-17 August. A disappearance that is part of a context of uncertainty two years after the adoption of the law "strengthening the fight against the prostitution system and supporting prostitutes".

Five men were indicted and taken into custody after the murder of a transsexual prostitute between Thursday 16 and Friday 17 August at the Bois de Boulogne in Paris, AFP reported. They are accused of "murder committed by an organized gang" and "robbery with humiliating meetings" by the prosecutor.

The victim – known as Elias for marital status – was called Vanesa Campos. She started working as a 36-year-old prostitute at 8.00 pm According to some of her friends, she was attacked three hours later.

His kidnappers are in fact a group of rollers, who search the forest, rob the high place of night prostitution, and rob clients and prostitutes, according to a police authority. Vanesa tried to prevent one of her clients from stealing when she was shot in the coffin.

If this sex worker knew this goal, it was because of the law on prostitution that came into force in April 2016 that the members of the white march were proclaimed to be honored on Friday 24 August. Giovanna Rincon, director of Acceptess-T, the origin of the procession, explains that the law is "100% responsible for the death of Vanesa."

According to her, the law "strengthening the fight against prostitution and guiding prostitutes" means that the income of prostitutes is reduced and insecurity increases. The punishment of customers, who promise a fine of 1,500 euros to 3750 euros in case of recidivism, forces women to isolate themselves dangerously. Customers now want to avoid the most exposed places to escape the police.

So in order to continue to generate money, sex workers are forced to make sacrifices. They should be less careful about the price of their services and about their sexual practices, including condom use.

In April many NGOs, such as the Doctors of the World, revealed the "harmful" nature of the law. They clearly showed the growing precariousness of prostitutes today. Yet one of the objectives of the 2016 text was to regard them as "victims and no longer as offenders", as the authors explained.

In 2017, a Bulgarian prostitute was found dead in the Bois de Boulogne. She lay down with her face and was covered with wounds.