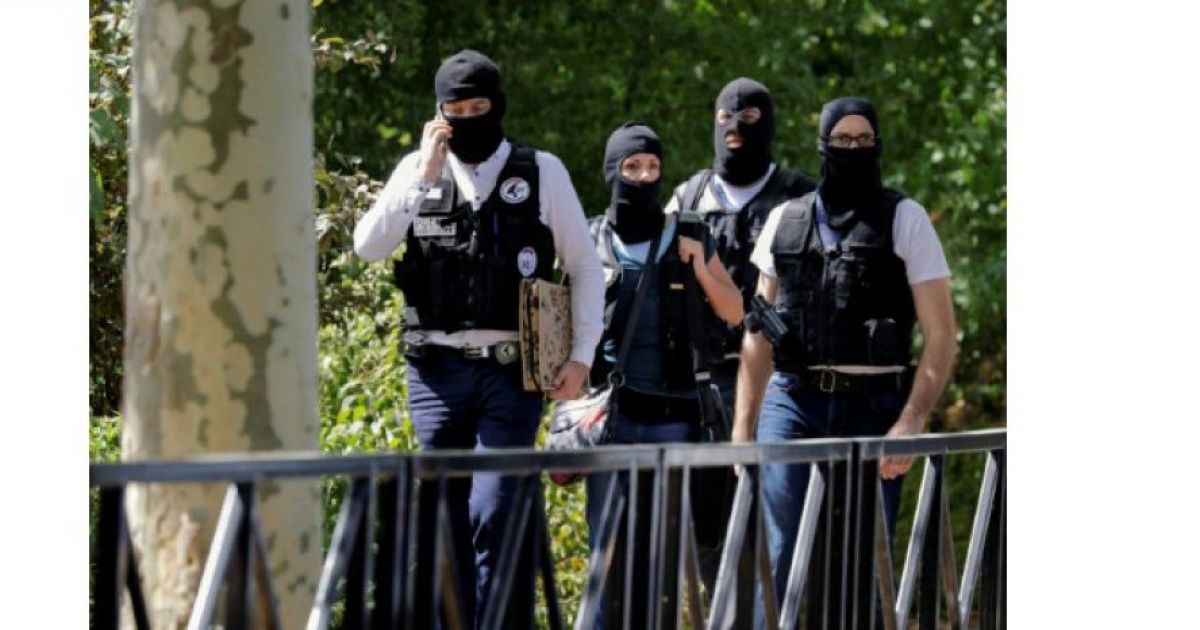 On Thursday morning, the man attacked three people in a small street of this popular town west of Paris, before being shot by the police: his mother, 71, and his sister, 49, succumbed to their wounds while a 66-year-old woman was seriously injured.

If the facts were quickly claimed by the jihadist group EI, the authorities, they believe that the terrorist character of the attack was not determined at this stage: the prosecutor of the anti-terrorism has not picked up the case, an investigation has been opened at the prosecutor's office from Versailles because of "murders, attempts and death threats".

Reported by the neighborhood, the police found the 36-year-old man entrenched in the family pavilion, shouting from inside: "Allah Akbar, when you come back, I smoke you", according to the Prosecution. He removed his hands "behind his back" and then refused to be "obedient" to the police call.

The researchers of the regional directorate of the Versailles judicial police had to use in particular the data from his telephony and his computer equipment to study the personality of this man born in Trappes.

As a bus driver at RATP, he was dismissed in October 2016 for violating the obligation of neutrality in connection with his duties, according to a source at the transport company. He then stopped his bus by making "incoherent remarks" and "invoking Allah", and drove the company to report the facts to the authorities.

He had stuck in the aftermath for Islamist radicalization.

Kamel S. was convicted in 2003 for a "military offense" – a desertion – and was subsequently tried in three separate proceedings, but did not lead to prosecution. Those who wanted to apologize for terrorism after his resignation were fired in 2016.

Separated from the mother of her three children, Kamel S. lived, according to a source near the file, with his mother in a house, said a neighbor who was met by AFP.

The family experienced tensions over the paternal inheritance, according to a source close to the investigation: Kamel S. had filed a complaint for breach of trust against her two sisters, a complaint rejected in 2017.

He had "a psychiatric problem that seems important," Interior Minister Gerard Collomb said Thursday, speaking more about a profile of "unbalanced" than a "devoted" to the "orders and instructions" of a jihadist organization such as the Islamic State.

"He was a super nice person, super open, a very good person, even if it was a nervous little one," said for his part to AFP Said, a 35-year-old electrician who studied to him.

"I often had coffee with him, it was a month ago that I had not seen it", testified Pascal, 59, a resident who lived in a nearby building, and the terrorist hypothesis faded: "It's a guy who shots. "

These facts come about because France has been under constant terrorist threat since 2015, after the wave of unprecedented jihadist attacks that killed 246 people. The latest attack dates back to 12 May when a 20-year-old attacker killed a passerby with a knife before he was shot dead by the police in Paris.

Located 30 km west of Paris, Trappes is severely affected by unemployment and since 2013 about fifty of its inhabitants have left the country to fight in Iraq and Syria, according to an anti-terrorist source.