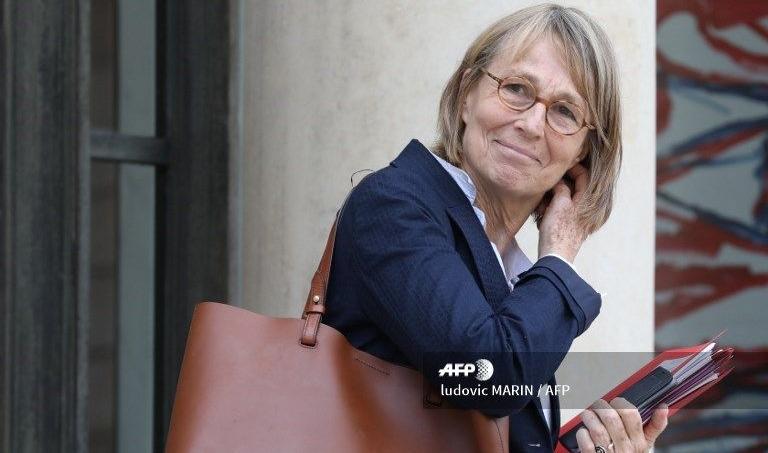 The chained duck revealed that illegal work was carried out by the former boss of Actes Sud in 2012. The offices of her publishing house, located in a mansion rue Séguier (Paris VIe), were enlarged by 150 square meters. Proponents of the heritage argue for these violations.

The Minister of Culture knows that a back can no longer be tormented. After pointing out to Françoise Nyssen the irregularity of the works in her stronghold in Arles, the Duck chained in its edition of 22 August, it revealed that the buildings in Paris of the Acte Sud publishing house, of which the Minister of Culture was the patron saint until his appointment rue de Valois, were extended "without work permit or tax declaration" In 2012. Offices located in the Quartier Latin, rue Séguier 18.

In a statement sent to AFP, the publisher quickly expressed his good will and said that he would "take the steps that would be necessary" to regularize this situation. The office of Maître Franck Benalloul, lawyer at the Marseilles bar, was given the mandate to continue with "compliance with the urban development code".

An illegal expansion of 150 square meters

The chained duck points out that in 2012, the offices were enlarged by François Nyssen "by 150 square meters", illegal, in any case without submitting a tax return. The work was carried out by SCI, the Séguier real estate company, managed at the time by Françoise Nyssen. Appointed Minister of Culture in May 2017, she led Editions Actes Sud from the early 1980s, founded in 1978 by his father Hubert Nyssen. She left the reins to her husband, Jean-Paul Capitani, when he was appointed.

The satirical weekly magazine shows the progress of the project and highlights the techniques introduced by the company. The work would have been done little by little to prevent the services of the city of Paris being disturbing. As required by the urban development code, services must be notified from the addition of 20 square meters. A figure that is well exceeded. Because the building is a historic monument, the current minister should also have contacted the Bâtiments de France.

On Wednesday questioned, the government spokesman, Benjamin Griveaux, said that "the President of the Republic is committed to exemplary (…) and including the requirements of transparency." He then recalled that a minister who is being investigated "must leave the government". The minister has not personally responded to these revelations.

An association that works for heritage protection, Sites and monuments not planning to stop there. She filed a complaint against Françoise Nyssen for violations of the urban code and the heritage code. It is the lawyer Patrick Maisonneuve, tenor of the Paris Bar, who will represent it.

In June, the satirical weekly newspaper had already sued the extension of the seat of Actes Sud in Arles, without the necessary authorizations in 2011, before it was regularized at the entrance of Françoise Nyssen for the government. The minister said she regretted "negligence". Blunders all the more problematic that the minister himself graduated from a school for urban planning, the Higher Institute for Urban Planning and Urban Renewal of Brussels.