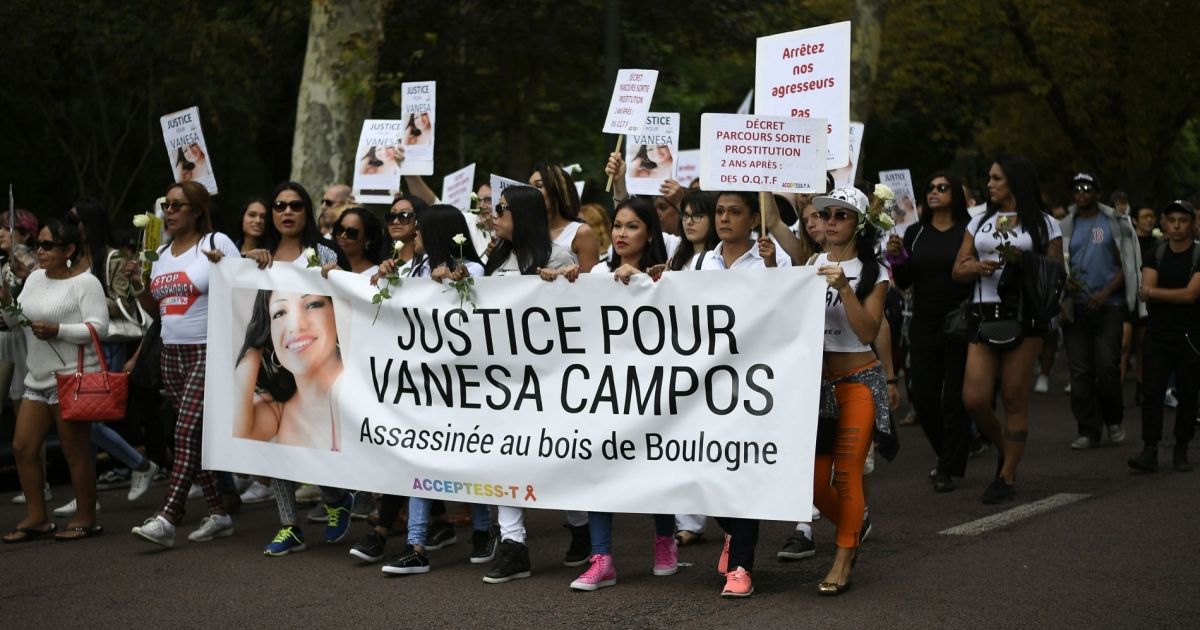 The murder of a trans-prostitute last week in the Bois de Boulogne is the result of a "political responsibility" in connection with the adoption of the law on prostitution, which denounced associations during a demonstration in his homage.

White roses in hand, hundreds of sex workers and LGBT activists marched from Porte Dauphine, west of Paris, to Vanesa Campos, a 36-year-old female sex worker of Peruvian descent, was killed by several men in the night from 16 to 17 August. The perpetrators, still on the run, wounded her fatally while trying to prevent them from robbing a customer.

A prostitute killed in the Bois de Boulogne: "A transphobic, putophobic and racist murder"

"Murdered, complicit state!", Chanted the procession, marching behind the signs "Justice for Vanesa" or "Stop our attackers, not our customers". "Vanesa was a leader in the fight" against these gangs who "raged" in the forest for three years, explained her "friend and colleague" Romina, a transwoman from Ecuador.

The organizations present, including the advocating organization Trans Acceptess-T, reiterated their demand to withdraw the Prostitution Act adopted in April 2016, including the criminalization of customers, who can now pay a fine. of 1,500 euros and 3,750 euros in case of recidivism.

This measure has reduced the income of prostitutes and forced them to practice in more isolated locations, away from the police, where they are more exposed to aggression. "The law is 100% responsible for the death of Vanesa," said Giovanna Rincon, director of Acceptess-T, organizer of the rally, and asked for "real measures against transphobia."

The lack of response in the government, including the state secretary for equality, Marlene Schiappa, was also denounced. "We feel that our lives do not count," says Thierry Schaffauser, spokesman for Strass (Syndicate of Sex Work). "If a gay Marais had been mistreated, there would have been a reaction," he said.

"Prostitution is rape and slavery," said in a statement about the Nest movement, which supports the law. "Denying it is to facilitate the passage to the act, it trivializes the murder of Vanesa and everyone else," adds the association.