at the Gevaudan abbey, a day dedicated to Eid el-Kebir 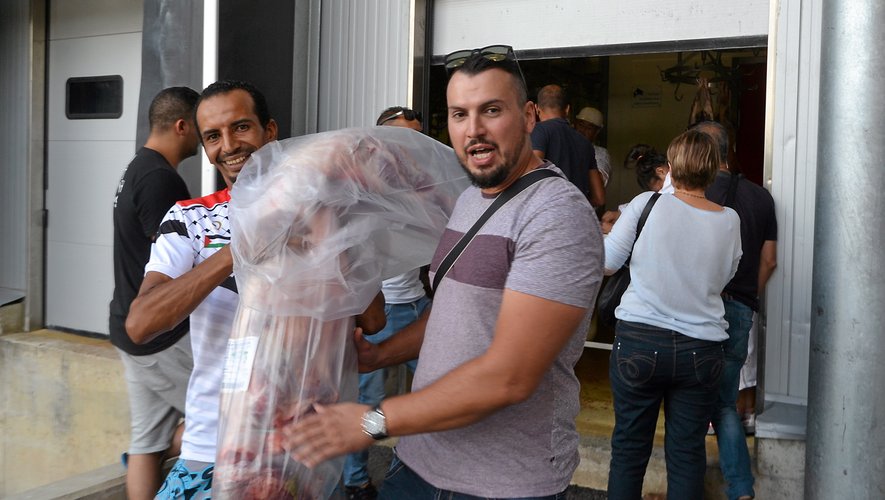 The festivities of the most important Muslim festival have been launched since Tuesday 21 August.

Eid al-Kebir (great holiday), or Eid al-Adha (festival of sacrifice), started for Muslims. For three days the community comes together as a family for what is the largest party of its calendar. One of the important points of the event is the sacrifice and sharing of an animal, often a sheep.

So in the slaughterhouse of Gevaudan, Antrenas, the day of Tuesday, August 21, was reserved for the slaughter of animals, with respect for the Muslim rite. In this slaughterhouse it is a specially trained and present year-round priest who takes care of it. It is not only about rituals, but also about standards: slaughter is governed by the state.

"It is no longer done, slaughtered outside or on the farm, it also passes through the slaughterhouse for hygienic issues", says Khalid Bouzzine for the slaughterhouse Gevaudan. In the parking lot, families follow each other to come and buy the animal. He came with colleagues: everyone will leave with a sheep for his family.

An extra sheep will also be bought and given to families in need, who do not necessarily have the means for a whole beast. The Koran states that only families who can do this must organize Eid el-Kebir: "Eat them and feed the needy."

Because such an event comes with its budget: in the abbey of Gevaudan a sheep costs 130 to 170 €, including slaughter costs. "Every slaughterhouse sets its price", says Farid Bonjoua, a customer, "and elsewhere it can go up to more than € 200." It is also cheaper to go through the slaughterhouse than through the butcher's shop.

In addition, customers can choose their animals directly from the growers or from the cooperative Celia, who works with the abattoir.

"This year we sold 408 sheep, goats and cattle for the occasion, roughly the equivalent of a normal working day Most lambs, details Olivier Racaud, director of slaughterhouses Ritual all year round, that's 6% of our sales, it is a commercial niche like any other. "

According to the director, 80% of the customers of the day come from Marseille. An important community, for whom the celebrations are now being launched for three days.