Box full and end of the loungers and foggers this Sunday 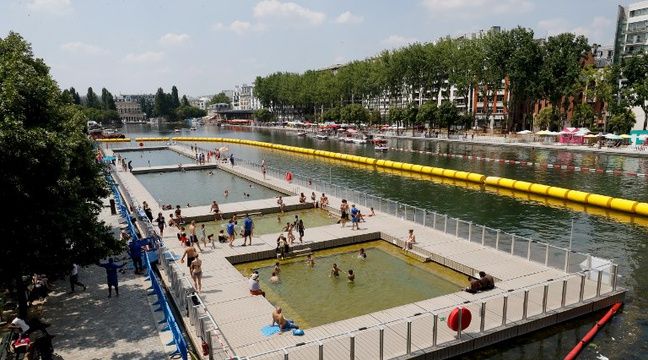 Hit the end of the Paris Beaches that seduced even more Parisians and tourists than in previous years. Umbrellas and deck chairs indeed leave the left and left bank of the Seine and the banks of the Canal de la Villette this Sunday evening.

Since 7 July, 305,000 people have participated in sports and leisure activities on the banks of the Seine, an increase of 6.5% compared to the summer of 2017.

"This is a very big vintage from the beaches of Paris, with an extraordinary turnout," said Emmanuel Grégoire, deputy head of the budget at the town hall. He presented an "almost beautiful" time during the two months of the 17th edition of the operation.

Paris Beaches was launched on 7 July by the socialist mayor
Anne Hidalgo on a section of the quays right and left of the Seine and on the banks of the Canal de la Villette, where a seaside resort was opened.

Besides sun beds, umbrellas and animation spaces (bowling, mini golf, dance floor …), the foggers were very appreciated this summer because of the high temperatures.

They were stormed again on Sunday for a last sunny day before the school started on Monday. Like Noëlle, a Francilienne came to enjoy the facilities on the banks of the Seine "because we knew it would be very, very beautiful", as "a last taste of vacation". "We were on our way to the Notre Dame Cathedral, and when we saw this place, we changed our mind and people came to look, sit down with them and drink something," said Peter, a tourist on the waterfront.

At the launch of the operation, Anne Hidalgo defended her decision to pedal a part of the Paris docks to reduce traffic and "adapt the city to climate change".

>> Read also: Sun loungers, parasols on the banks of the Seine … Let's go to the beaches of Paris!