Edouard Philippe announces the contours of his financial account for 2019 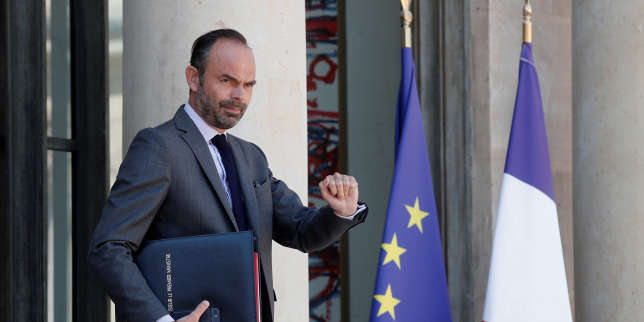 The Prime Minister intends to reform fees, unemployment, pensions and to remove 4,500 positions in the public service.

Contributions on overtime, child benefit and pensions, unemployment insurance, sick leave and public service jobs, the premier announced the line he intends to defend in the Finance Bill of 201 in an interview with the Journal du Dimanche on 26 August.

Employees will no longer pay premiums for their overtime as of September 2019, but PLA, family benefits and pensions will rise less rapidly than inflation in 2020, said Edouard Philippe. "From 1 September 2019, overtime contributions will be abolished for all employees, both private and public."said the prime minister. According to him "That represents on average more than 200 euros extra per year" in front of "A person paid at the Smic" and the measure will cost "2000000000" euro.

At the same time, there are three social benefits: "Personalized housing assistance, family benefits, old-age pensions" – "Will grow more moderately, by 0.3% per year in 2019 and 2020". This is considerably less than inflation, which in July rose to 2.3% over a year. On the other hand "The benefits that our most vulnerable citizens will benefit, such as the RSA, will be increased according to the law"the prime minister added.

He insured that further "Activity bonus, minimum age, allowance for disabled adults" would increase, "Very substantial", in line with the campaign promises of Emmanuel Macron.

The head of government also confirmed that the contracts would help to see their financing "To lower". Since its arrival at the helm, the Edouard Philippe government has already substantially reduced the canopy, with just 200,000 new subsidized contracts budgeted for 2018, after 320,000 in 2017 and 459,000 in 2016.

To make these arbitrations, the government has chosen a policy "What privileges (…) the reward of the activity and that breaks with the undifferentiated increase of the allocations"explained the tenant of Matignon. "It is through the return to activity and better rewards of work that our country will be more prosperous", he said.

Edouard Philippe indicated that he had no "Taboo" on the development of unemployment insurance rules, not exclusive " discuss " degressive unemployment benefits for managers, a measure recently proposed by MP MP. "The issue of the degression of unemployment benefits was raised by the deputy (LREM) Aurélien Taché We can discuss it, we will not have any taboo or presuppositions"said the prime minister.

Mr Philippe made these remarks a few days before he received the social partners in Matignon, in particular to prepare for a new negotiation of the rules on unemployment insurance, which should be completed in February. "I am determined to discuss with the social partners the best way to create a financially balanced system that guarantees social justice and promotes return to work"he added. "Everywhere there are mechanisms that do not encourage people to find a job quickly, it will take action, I say everywhere"he stood on it.

The MP Aurélien Taché lifted the possibility of one this week "Degression" allocations for senior management, in the belief that it is "Social justice" did not exist "Covered people with a very high income for two years and could find a job". This proposal irritated the CFE-CGC, the executive union.

Financing of sick leave is not subject to "Brute transfer" to companies, Edouard Philippe assures that "All actors" must act to limit their progress. "I reject the hypothesis of a brutal transfer rate to companies, it is clear"says the prime minister.

The newspaper Les Echos indicated in early August that the manager intended to give companies time to stop four days a day instead of social security for stays of less than eight days. A project that the employers strongly oppose.

Contrary to her health colleague Agnes Buzyn, the Minister of Labor, Muriel Pénicaud, was strongly opposed to such a measure in a letter sent to the Prime Minister at the end of July and which was unveiled this week by such a measure. the Express. "Our policy is aimed at increasing growth and promoting a return to work, we have taken many steps to stimulate business and investment, and we do not send a counter message»says the prime minister.

But he adds in the JDD, "The problem of sick leave is considerable: every year just over € 10 billion is spent on the compensation of arrested workers, and this volume grows by more than 4% per year, and in three years the number of compensated days increased from 11 to 12 per year and per employee of the private sector..

For him, "It is as if our country has introduced an extra day off"and the growing share of health spending on sick leave "Means less money for hospital financing or new treatments". "All actors in the system have to sit around the table to find ways to control this progress"he encourages him. "It is not a question of referring back to the costs of these indemnifications – neither the companies nor others." Together we have to solve the problem, but I want to tell everyone that it can not stand. ".

The government also plans to eliminate around 4500 positions in the government service in 2019, and that figure will be "More than 10,000 in 2020", Edouard announces Philippe. "For the civil service, we will keep the goal of the President of the Republic to eliminate 50 000 positions by 2022"says the prime minister.

Emmanuel Macron promised 120,000 public service reductions during his campaign for the presidential election during the five-year campaign, including 50,000 on the border of the state where, within the 2018 budget, 1,600 deletions were already recorded. "In 2019 we expect about 4,500 job losses", the Prime Minister announces "In 2020, the figure will be greater than 10,000".

Asked about the very gradual rise of this job loss, he explains that he "Do not believe in the politics of the plane". "Our method is in favor of a thorough transformation of public action and digital development, long-term savings and improved public service provision.The reduction in the number of civil servants is not the foundation, but the consequence of a transformation of public action that the time gains strength "he reasons.

As for the messages that will be deleted, "We have announced reorganisations at the Ministry of Finance, in public broadcasting, in the external network of the state"he recalls. "But there will also be recruitments: more than 2,000 extra police, gendarmerie and ISB, 1,300 extra officers – because they are priorities."