Evacuation of a Zad, gendarmerie operation in progress 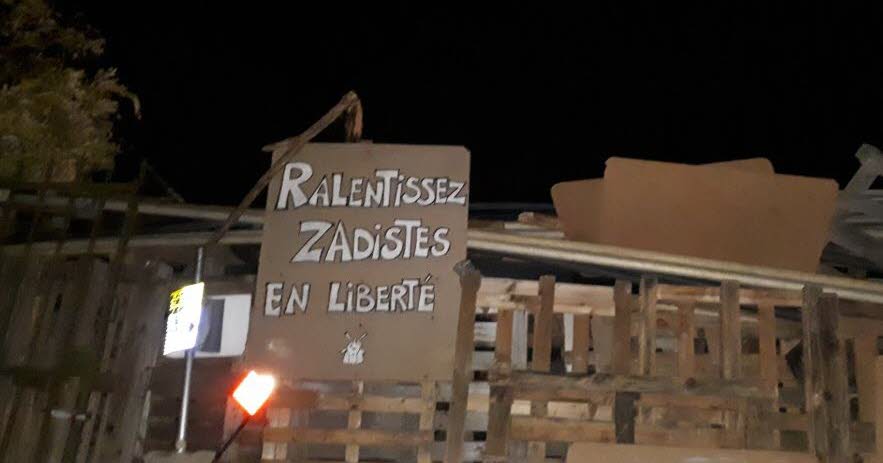 Dozens of mobile gendarmes started this Monday around 05H00 with an operation to evacuate about 200 zadistes, who are trying to oppose the start of the construction of a motorway in the neighborhood of Strasbourg, report our fellow brothers of the latest news from Alsace.

Barricades of wood and tires were erected by the demonstrators on the departmental road 93 who flew without end through a helicopter, zadistes and gendarmes that met each other smoothly.

As they had planned in the event of intervention by the police, zadistes who were on guard called the tocsin at 5.30 am on the arrival of the gendarmes. & # 39; Spread & # 39 ;, she threw with megaphones. "Resistance", the zadists sang in exchange.

The prefect of the Grand Est region Jean-Luc Marx had given the green light for construction by the end of August by a subsidiary of the Vinci and Sanef group, this 24 km long ring road to the west of Strasbourg.

Dany Karcher, the mayor of Kolbsheim, municipality where the defending area (ZAD) was installed for almost a year, and several other elected officials started talks with the gendarmerie and the secretary general of the prefecture Bas-Rhin, Yves Seguy.

The major western bypass of Strasbourg (JRC), named in the seventies, was regularly abandoned before it was re-launched in the late 1990s and aims to relieve the A35 by absorbing traffic from north to south. Alsace.

Critics of the project point out that this will lead to the consumption of a lot of agricultural land and the endangering of protected species, including the great hamster of Alsace.