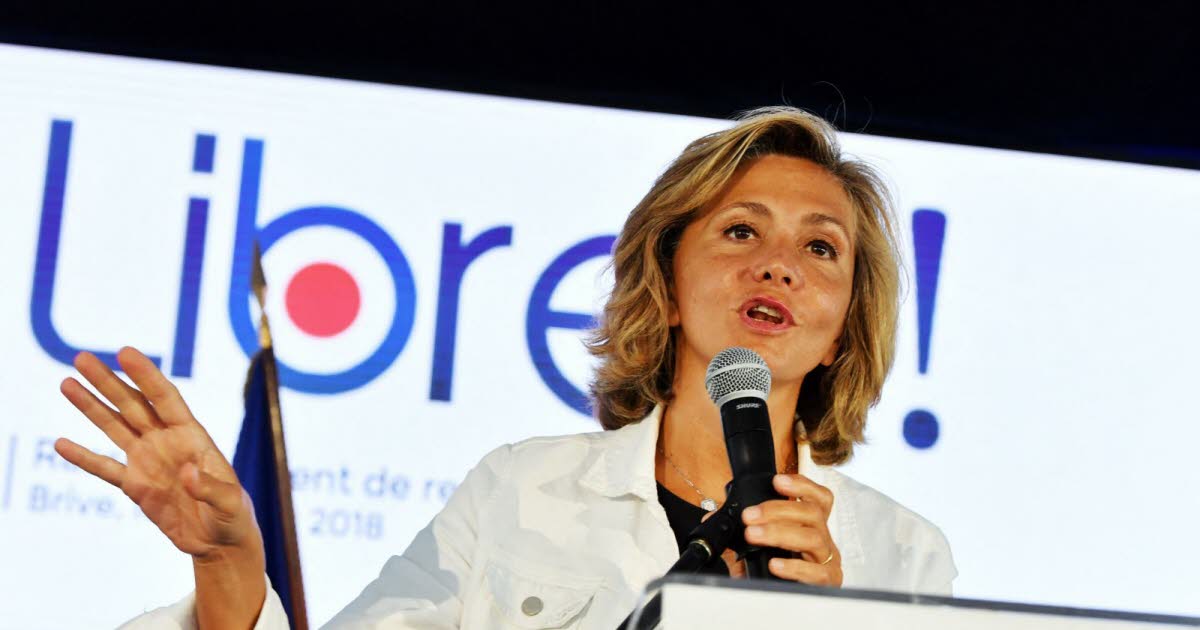 Yesterday in Corrèze, the president LR of Ile-de-France has changed her image from a moderate right to the boss of the republicans. Tomorrow on the mountain Mézenc Laurent Wauquiez tries to regain control over a party that is more divided than ever before.

The change, "she runs!", Valerie Pécresse challenged yesterday from Brive-la-Gaillarde. In Corrèze, the LR president of Ile-de-France was back in politics with her Libres! "We want to prove that the law has ideas and that there is a non-populist alternative to Emmanuel Macron."

A warning addressed to the head of state as a declaration of war against the president of the party republicans, Laurent Wauquiez, to which she has just roasted politeness! After a very discreet summer, the boss of the law and the president of the Rhône-Alpes region climbs Mont Mézenc tomorrow: an appointment at 1700 meters altitude between Ardèche and Haute-Loire that are back each year in the political arena. In 2012, Valérie Pécresse followed in the footsteps of Wauquiez. For a year and a half, she has distanced herself from the leader of the republicans by trying to embody the moderate wing of the party. "If the right side gets wider, he loses, if he shrinks, he loses," she said yesterday with the quote from Nicolas Sarkozy. Before he develops his "political project for France: strong, professional, but also humanistic and social". Really presidential program for that time.

The front of the moderates is organized

Because at nine months European women, the president of Libres! feels pushing wings. "Far from Eurosceptic temptations, I will make every effort to ensure that LR presents a powerful pro-European project and list in the next elections." This statement recalls his speech in January in the National Council of AE in opposition to the Eurocritical vision of Wauquiez. It reinforces the idea of ​​the centrist Hervé Morin of "third list" between that of the majority and LR version Wauquiez.

Brive-la-Gaillarde versus Mont Mézenc. It is no coincidence that Valérie Pécresse, from Neuilly-sur-Seine, chose the sub-prefecture of Corrèze to gather her support (300 attendees, including about thirty members of parliament). Incidentally, this rural area – the cradle of his in-laws – is his summer residence. Politically, the country of choice of Jacques Chirac is a strong symbol. Although the former minister was careful not to appoint his former mentor to the image that was probably too far past.

She showed her "the ability to get the right one", her environment. In a video message, the president of Hauts-de-France praised Xavier Bertrand & # 39; his tenacity and courage & # 39; and promised that they would be called to work together more. The front is organized among the moderates. On August 31, the two regional presidents will usher in the Châlons-en-Champagne trade fair with Jean Rottner (Grand Est). On 7 and 8 September, the president of Ile-de-France appears next to Christian Estrosi (Mayor of Nice), then Alain Juppé in Bordeaux.

On that date, Laurent Wauquiez will question New Caledonia with a view to the referendum for the independence of 4 November. But the LR boss should accentuate his grip on the party in renewing the presidents of the federation in the fall. In the Alpes-Maritimes, parliament member Eric Ciotti is a candidate for Christian Estrosi; the last, yesterday in Brive, clearly chose his side, condemning the "sectarianism" and "the passion of exclusion" of Laurent Wauquiez without expressing his name.

In the front line tomorrow in the Massif Central, the leader of the Republicans will not fail to keep silent and give his wages to his supporters, defenders of an inflexible right. An offensive speech is announced for several thousand impatient supporters after the silent truce of their champion. The race to the top right has just begun.