In Burgundy, the aquatic micmac of Etais-la-Sauvin 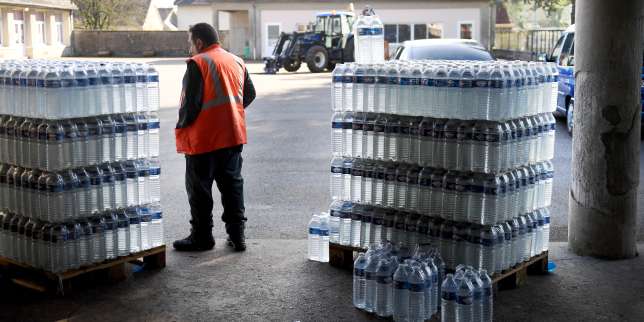 For almost two years, the inhabitants of the city live without running water. In question: an excessive presence of pesticides in the groundwater level.

We can live clearly without running water, the 640 inhabitants of Etais-la-Sauvin succeed almost two years. There is water at the cranes of this village of Yonne, 40 kilometers south of Auxerre, but we do not have the right to consume it, order of the prefecture, which forced the mayor to deliver bottled water in industrial quantities. Obviously, this complicates existence a bit.

In the only restaurant in the village, the boss dilates his pastis in Cristaline, makes his ice cubes with Cristaline, cooks his Auvergnate hotpot, specialty of the house, Cristaline. In the bakery, lightning and mille feuilles are prepared with Cristaline. At home, the Cristaline salad is washed, also the pacifier of the baby, and the children take a shower instead of bathing, to prevent them from drinking too much running water.

Impossible to enforce the prefectural ban 100%. In the EHPAD, the 70 residents take Cristaline soup, but people with Alzheimer's forget that they were told not to drink tap water. In the gardens you can not fill the inflatable pools of Cristaline, so when toddlers drink the cup, it is with running water. When someone is tired of washing their teeth with Cristaline, they wash normally, even if it is forbidden.

Anyway, a large part of the citizens of Etais is about the order of the prefecture, starting with the first of them: "I have always drunk tap water," proud says Mayor Claude Macchia, who does not look particularly bad at the top of his 71 years. And who today does not take any risks, because running water, forbidden for consumption, is actually … drinkable. This is where we are from this absurd aquatic micmac in the heart of Burgundy, halfway between ridiculous whistleblowers and important sanitary, commercial and social issues.