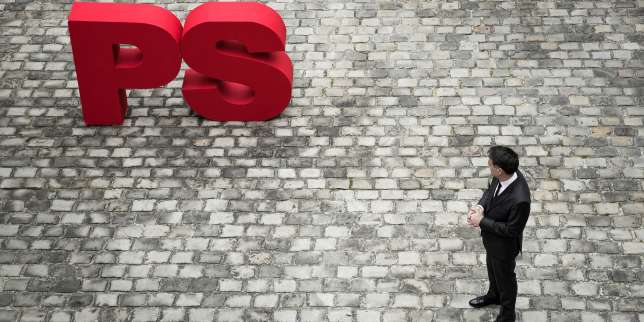 Strong symbol: none of his former opponents of the congress will be present at the closing speech of the first secretary, Olivier Faure.

"It used to be the Cannes Film Festival!" reminds a local journalist. "It was swarming, it was so festive!" is rich in Marie-Noëlle Lienemann, socialist senator. This year in La Rochelle the atmosphere is no longer that of the big days "Where we saw Strauss-Kahn, Aubry and Holland and that we were three thousand", Stéphane Le Foll ends without nostalgia.

Since 2016, the Socialist Party no longer organizes a return meeting for its activists, but a training seminar for its elected representatives. The workshops of the National Federation of Socialist and Republican elected representatives (FNESR) are held behind closed doors, but the first secretary of the party, Olivier Faure, ensures that "The elected officials exchange good practices"and that the meeting of the militants will come back next year.

"It is always a pleasure to return to La Rochelle, but it is true that many are still riveted by the defeat, some in the federations still want to believe in Macron and the finances are not on the rendezvous"the first secretary analyzes in good form, despite the many criticisms that arise from other movements of the Socialist Party.

Our article about the absence of François Hollande


at the PS Summer University in La Rochelle

"You have to play politics now!"

Four months after the election as Olivier Faure's first secretary, the tenors of the party who left him at the start "Time to settle down" start to become impatient. "You have to play politics now!" launches Stéphane Le Foll on the terrace of a café in front of the harbor. "What a summer!" regrets Marie-Noëlle Lienemann, recalling the return of François Hollande, whom she does not believe, "The bad idea of ​​Paul Magnette's candidacy to humiliate Julien Dray" and the stand on theAquarius signed by the first secretary with personalities of the PS without having linked senators.

"It is the folklore of La Rochelle", explains Mr. Faure, who refers those who criticize their defeat at the Congress. "It's hard for them to say that everything is great, everything is not great, but we think we can work", assures the MP for Seine-et-Marne, before admitting that he would prefer "Let it go faster, I know we will eventually say that I am the only person responsible, but we have to play collectively!" he repeats tirelessly.

Yet it is not the spirit that rules in the socialist ranks. The leader of the left wing, Emmanuel Maurel, shines with his absence, and his possible approach to the unheard of France is on everyone's lips. The MEP invited Jean-Luc Mélenchon to the university of return of his club, Our common goals, and must participate in the summer amphitheater of the unheard of France, Saturday in Marseille.

"If they no longer want this rule, there is Mélenchon!"

"It's time to put a line, so we can not continue" Cold Marie-Noëlle Lienemann, of the left wing, argues that Mr Maurel is leading the list of Europeans from the PS. "That would make a real rebound possible, and Maurel does not have the knife between his teeth," She justifies.

The option does not seem to convince the first secretary. "It is the activists who will decide if there is no consensus," he said. A way to Mr. Maurel to send his score from the Congres Aubervilliers, where he arrived at third place with 18.98% of the votes. "If he is able to put himself in the idea that we are a political party and that we have to respect the majority path, in this case it will have its place"insists, firmly, the first secretary.

Our report at the Aubervilliers congress:


the socialists want to "raise their heads"

"Let them be the majority without me," answers Mme Lienemann, in the absence of his friend M. Maurel, with whom she does not exclude to create a political party "To preserve the torch of socialism", and to conclude a programmatic agreement with Jean-Luc Mélenchon for the European elections of 2019.

"The problem with the PS is that we are talking about people who do not feel comfortable with the political line of the party, it is problematic", says Stéphane Le Foll, for a beer. "If they no longer want this rule, there is Mélenchon!" the former minister of agriculture, before quoting Lionel Jospin: "They want the revolutionary ideal in the comfort of social democracy."

"No one can be heard on the left side"

Olivier Faure prefers to concentrate on his closing speech, scheduled for Saturday afternoon. He will present "The big steps forward [les socialistes], the European and the municipal ". Without a doubt, he should continue to review the policy of Emmanuel Macron, who thinks so"We have to wake up this France that dreamed of a new Mendes, and who instead had Alain Juppé or François Fillon".

The successor of Jean-Christophe Cambadélis follows his path, driven by the legitimacy he obtains from the militants and his score at the April congress (49.75% in the first round). He ignores the appointment of the unheard of France, which at the same time brings together three thousand five hundred people in Marseilles, and calls everyone to modesty: "No one can be heard on the left side, it's not because we make noise that we're audible, he launches for Jean-Luc Mélenchon, before he recalls: "There was no candidate in the second round of the presidential election, and we're barely 25% overall."

But whoever wanted to "The candidate of the rally" will hold his speech without the presence of his former opponents of the congress: Luc Carvounas is at a wedding; Emmanuel Maurel, in Marseille; and Stéphane Le Foll participates, "Like every year", at the agricultural shows of Loué, in Sarthe. The meeting of the socialist family will wait.