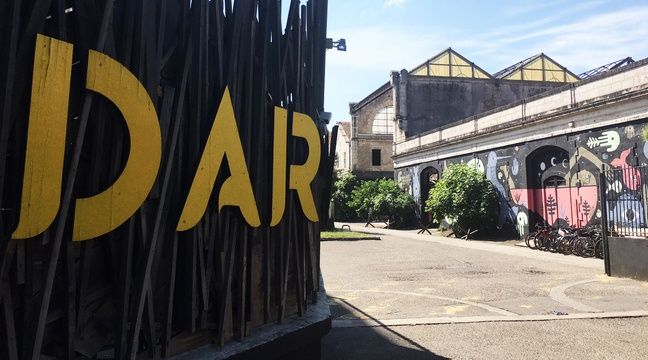 The TGI of Bordeaux was investigating this afternoon
the summary complaint of SAS Bastide Niel against Darwin, because of the untitled occupation of
Evolution (which manages the Darwin ecosystem) on a part of the
ZAC Bastide Niel. Hearing that resulted in the appointment of a mediator between the two parties. Upstream, the mayor of Bordeaux and President Bordeaux Métropole, Alain Juppé, spoke on the subject in the early afternoon, just before the city council.

And he expressed his race-le-ball. The straw that broke the camel is definitely this platform The world Friday dated, signed by a hundred personalities, to "save" Darwin. "I wonder how many of these signing personalities have visited Darwin yet, on their way to their beautiful Cap Ferret home … Let's be serious and talk about all this between Bordelais, it's better."

Alain Juppé said he was "pained" to see "this deterioration of the relations between Darwin, the city of Bordeaux" and himself. "I have done everything for ten years so that Darwin exists and develops," he says, recalling that in 2009 "with Vincent Feltesse, we decided to sell the general stores in the north at a price that is compatible with the acquirer , then we funded the creation of companies within Darwin, and eventually a few years later, and while we had two proposals, we re-assigned the southern general stores to Darwin. "

For the Mayor of Bordeaux: "Darwin tends to nibble, for example, he calls installations at the port of commercial activities, a beer brewery, a restaurant and that" without title "." Then I asked the metropolis to regularize, and we regularized. "

"I am going to the limit of the acceptable"

As far as the skate park is concerned, Alain Juppe recalls that it is the city that has made buildings "temporarily" available. And especially "at a place where the operation Bastide-Niel had to build houses, today," Darwin refuses to evacuate, so I say "OK", we'll titrate you, because BMA (Bordeaux Metropolis Development) can rightly claim that it's residents without name on this spot. The president of the city says that he has asked for his services: "Get ready to buy the B17 and the B18 (skatepark), sell it to Darwin, or rent it." The problem, Darwin notes, is that nothing of all this has been formulated in writing …

We feel the annoyance in Alain Juppé when he explains that "I have now been told that it is not enough that we also need the urban farm." In fact, all the networks that will come ZAC Bastide Niel to deliver next door. "In my desire to make things easier, and I think I exceed the limit of the acceptable from the point of view of the public interest, I have asked my services to find a solution. find, and we finally found it. So I am ready to leave that hold on Darwin. "

"I will eventually be called by my counselor"

However, Alain Juppé sets two conditions: "That Darwin does not keep penetrating where it is not at home, and in particular that it evacuates these types of huts called the tetrodons, and secondly we agree that Cavaliere Lane will not be privatized. This is not a private road that is only available to Darwin, it is a public road that connects the quay with the ZAC Bastide Niel. "

In short, the mayor of Bordeaux appeals to Darwin: "instead of using the Parisian feathered hats that are unaware of the operation, let's try it with a little good faith and goodwill." He assures himself that he does not & # 39; more goodwill than that can show, because in the end I will be called to order by my Council … I can not sacrifice the interests of the metropolis indefinitely to the goodwill of Darwin, and I have the feeling that I have come to the end of what I can accept. "