More and more tourists in Paris, the rise of Asian visitors gets "cup" 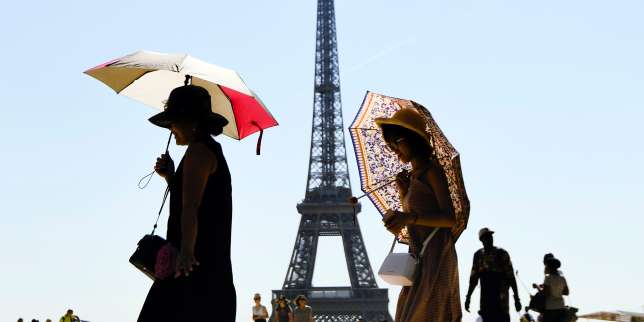 According to the regional committee for tourism, the presence of tourists reached an "absolute" record with "17.1 million hotel arrivals".

Tourist presence reached a record & # 39; Absolute & # 39; for Paris and Ile-de-France in the first half thanks to foreign customers, even if the growth of visitors from China and Japan weakened. "After an exceptional 2017, the vintage tour of 2018 has gone to break all records"said Monday, August 27, the Regional Tourism Committee (CRT) Paris Ile-de-France at a press conference at the Palace of Versailles.

In total, 17.1 million hotel arrivals were recorded in the first six months of the year, an increase of 4.1% over a year. "And this despite the strikes in rail transport that mainly affected French customers and to a lesser extent some local European customers", the CRT noted.

"Tourists are back, but that does not mean we have to rest on our laurels, international competition is difficult."


Tourism in France also carried by the campsite

Americans in the lead

After the black hole that followed the 2015 attacks, foreign visitors confirmed their return to Paris and the region, up 9.2% – while that of French tourists stagnated, – 0.3%.

Among the most numerous visitors, the Americans remain at the top, with 1.25 million hotel arrivals in Paris Ile-de-France during the six months, followed by the British (982,000) and Germans (592,000). The Chinese are in fourth place, with 543,000 hotel arrivals during the period. If their presence in Paris and its region has increased by 361% for more than ten years, the CRT will increase one "Slowdown in progression" early 2018. Hotel arrival of tourists from China – with strong purchasing power – increased by 5.4%, while recording a rise of 17.8% for the whole year 2017.

The same slowdown was observed for the Japanese, whose arrivals increased by 17% in 2017 compared with + 32.8%, and to a lesser extent for visitors from the Near and Middle East (+ 2.6% against + 2, 9%). "There is progress for these populations, this first half corresponds to the winter months, we expect to see progress throughout 2018"said Eric Jeunemaitre, president of the CRT.

The visit by Italians, by contrast, rose by 20.2% and that of Spaniards by 16.6%. As regards the expenses of tourists during their stay, "The profit is estimated at more than 500 million euros compared to the first half of 2017", with a total amount of 10.3 billion.

With regard to the summer season, "The trends are the same with the arrival of tourists rising according to surveyed professionals". And for the return, "The outlook is also very encouraging", trends that are confirmed by the predictions of air reserves.


How Airbnb has invested in the hyper center of big cities

The CRT's figures are limited to hotel arrivals, without taking into account the stay in rental between individuals, type Airbnb. The platform said Monday discount for the only summer season (from 1st June to August 31) about 6 million "Passengers arrivals" French and foreign guests at Hexagone, Paris is the top destinations.

The aim of the government is to reach 100 million foreign visitors by 2020, against 87 million last year.