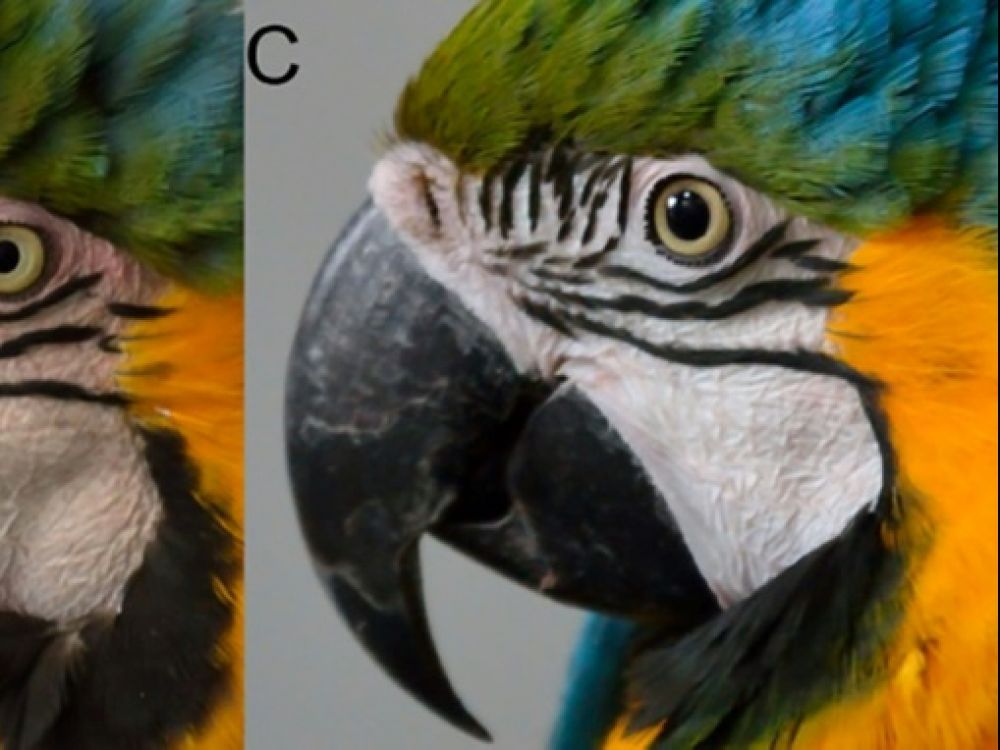 What if parrots blush like people in situations with lively emotions?

The researchers are still far from aware of the exact mechanism, but a French team said to have observed the phenomenon rigorously for the first time, in the five ara & # 39; s Beauval Zoo in France. They published their results in the American scientific journal PLOS One on Wednesday.

Part of the cheeks of the blue and yellow macaw (Ara ararauna) is bald, without feathers. It is this white skin that, the researchers realized, blushed during interactions with the healers at times that they considered "positive".

"The birds have no muscles on the face," AFP Aline Bertin, a researcher at INRA, who led the experiment. "They have never been studied for their facial expressions."

Anecdotally, the owners of macaws had noticed these blushes, as with some other wild birds. The cheeks are irrigated with blood vessels, as in humans. But we still had to document the phenomenon.

The experiment consisted of filming and photographing the birds, on a perch of an aviary of Beauval, during organized interactions with the animals that usually take care of them.

Usually the interactions showed that the skin of the birds around the eyes began to blush.

The experiment is limited by the small monster, only five birds. And it does not allow us to formally decide on the reason for flushing.

"We do not know if birds can feel positive emotions," said Aline Bertin. But these works have paved the way for future experiments, creating a method that "will better understand the sensitivity of birds".

Knowledge is still very limited about the "sensitivity" part of the brain of birds, while they are very advanced on their intelligence, similar to that of mammals. Many birds know how to use tools and solve problems.

In terms of emotion and stress, scientists have so far mainly described sexual parades or conflict situations, in which the feathers are mainly used, erected or flattened.

But the research is stuttering about their positive emotions, says Aline Bertin.

"You can not imagine that the bird can have an emotional world that is as complex as a primate, a dog or a cat," says the researcher. "It does not scare anyone to see parrots in pet stores in a cage, if we do not see primates anymore, there is a gap."