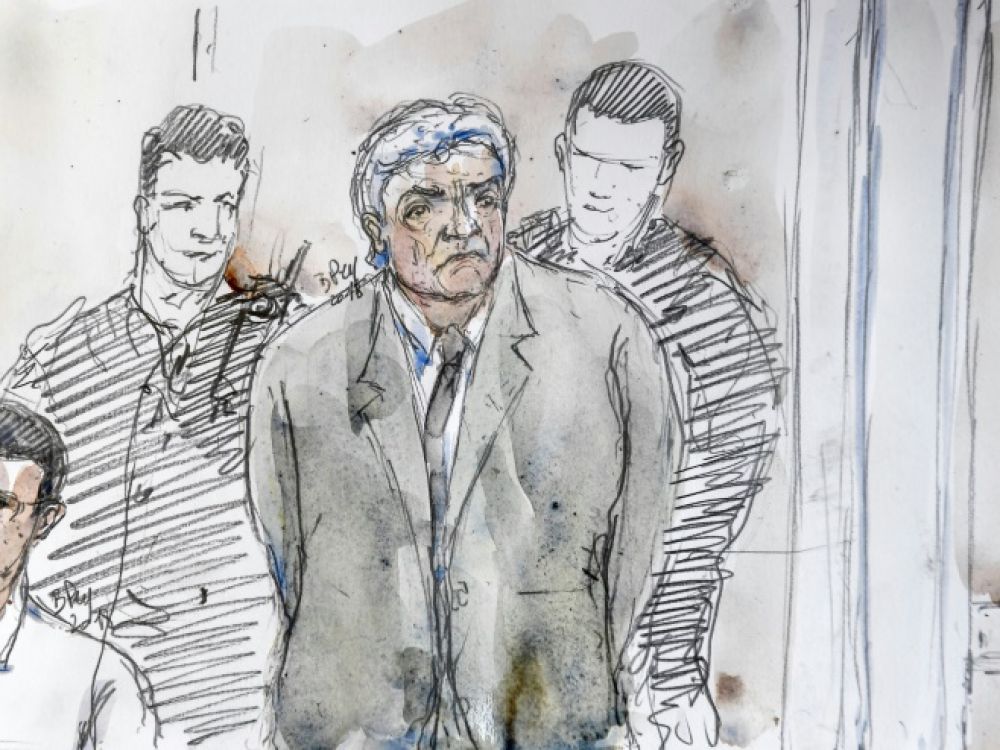 The investigators of the judicial police explained Tuesday before the Assize Court of Bouches-du-Rhône that led them to the murderers of the billionaire Hélène Pastor and their alleged sponsor, his own son-in-law.

"There is no doubt about the will of execution" of the two "hitmen", Samine Saïd Ahmed, the alleged gunman, and Al Haïr Hamadi, the guard, insisted on the commissioner Philippe Frizon, who led the survey .

This had made it possible to find the track of the two men who had acted with open face and left in their wake a multitude of indications: "Mr. Hamadi is not a professional murderer, he has done a lot He was attracted by the money, "said the policeman.

Then the police had looked up their calls, what to do with the supposed contractors: Wojciech Janowski, the son-in-law of Mrs. Pastor, and Pascal Dauriac, his sports coach. For Frizon, the two men exchanged "disturbing text messages on important dates," including 10 May, four days after the attack, the death day of Mrs. Ms. Pastor and May 21, the day of the death of the billionaire.

Doctor Janowski, appointed by his coach as the sponsor of the double murder, had known that he had withdrawn. On Monday, in court, he again claimed his innocence.

"If Dauriac is right, then Janowski is guilty, but if he does not tell the truth, he is innocent," said his lawyer Eric Dupond-Moretti on Tuesday and asked for the investigation to be dismantled.

The custody of Sylvia Pastor, the billionaire's daughter, who was arrested at the same time as his companion before he was convicted? "A scandal", the lawyer threw, according to which "she had one goal to put pressure on him". And I Dupond-Moretti to criticize the circumstances in which the researchers obtained the confession of the Polish businessman, "without lawyer" and "without interpreter".

But Commissioner Frizon has maintained his allegations against the son-in-law: "There are the confessions, the statements of Dauriac, and the money trail, which was able to get 140,000 euros", the amount that was given to the shooters and intermediaries?

On 6 May 2014, 77-year-old Hélène Pastor, heiress of a Monegasque real estate empire, was shot dead by her 63-year-old Egyptian driver, Mohamed Darwish, while his minibus left the hospital. Nice where she had visited her son Gildo. Seriously injured, she succumbed a few days later.

In total, 10 people will be tried until October 19 for their participation in this deadly ambush.