RATP has changed the advertising campaign of the Federation of Hunters in the Paris metro. 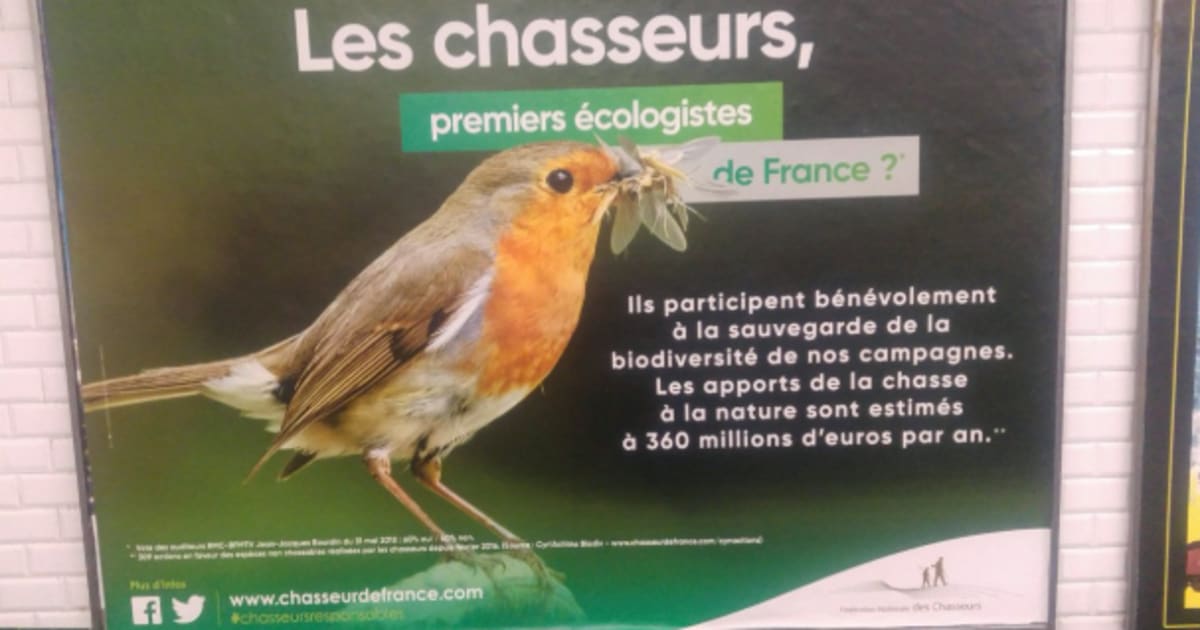 ECOLOGY – The advertising campaign of the Yacht Federation is overwhelming. The last few days posters have been promoted to promote hunting, in Paris, in the metro, but also throughout France. "The hunters, the first ecologists of France", announce these advertisements. At least in the provinces, because in the metro of Paris the RATP decided to change this statement into a question. "The hunters, the first ecologists of France?"

A punctuation that reflects the skepticism of the RATP. according to The ParisianMédiatransports, RATP's advertising agency, asked for the addition of this question mark because "the Authority for professional regulation of advertising (ARPP), which it systematically consults, gave a more than reserved opinion".

Advertise the national federation of hunters in the subway #coucounicolas pic.twitter.com/cCX6iuFAof

According to a letter obtained by the newspaper, the ARPP recalls that "the promotional message must accurately reflect the advertiser's action in accordance with the available evidence" and "must be proportionate to the extent of the advertiser's sustainable development actions and properties of the product he is promoting ".

The "justifying elements" in question are actually visible in very small letters at the bottom of the poster: the hunters believe to be "the first ecologists of France" in view of the results of a survey among the listeners of the RMC program. , "The Great Maws". A source that has clearly not convinced the ARPP.

"It is stupid, if it is not a form of activism, it is at least an excess of caution of the RATP. We accept campaigns on a diet that claims to lose you as many kilos, or on this yogurt. the best in the world, and we could not say that we are the first ecologists in France, are excited about the Parisian Guy Harlé d & # 39; Ophove, president of the Oise Federation. This campaign has the merit of challenging without provoking. But if it annoys some, it makes me happy. "

And they crumble more than one, these posters, given the virulent reactions that flourish on social networks. Among them, Laurence Parisot, vice president of the Brigitte-Bardot Foundation, who had asked Nicolas Hulot – since his resignation – to put an end to hunting in 2017.

the #lobby of the #chasseurs and gun owners are proud to have hunted #Hulot celebrates his revenge by appearing in the metro and declaring himself the first ecologist of France. Folly and awkwardness in the country of Sunday serial killers pic.twitter.com/HkjB0dzXea

The first ecologists of France? The blow of communication by the national federation of the hunt did not go unnoticed. It is even the golden palm of it #fakenews ! https://t.co/GJ0vqExnFg pic.twitter.com/4UlM94gjIw