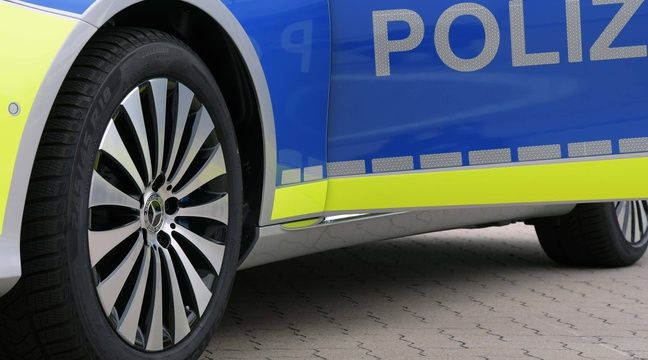 The terrorist project was confirmed. The German judiciary announced Wednesday the arrest of an alleged Russian Islamist, suspected of having prepared an attack in the country in 2016. And the defendant would have benefited from the complicity of a Frenchman, Clement Baur, who was already imprisoned in another case in Marseilles.

The 31-year-old man, identified as Magomed-Ali C., was arrested in Berlin by special forces from the German police and his house was raided. Magomed-Ali C. had at the time in his apartment in Berlin "a considerable amount of TATP" stored, or tripetoxide triacetone, an explosive vehicle that was mainly used in the attacks in Paris on November 13, 2015 and Brussels in March 2016 said the German anti-terrorist prosecutor in a statement.

The location of the attack in preparation has not been identified

"The accused, a member of the radical Islamic movement, wanted to make an explosion with his accomplice who is currently being held in France" and use it in Germany, in a place that has not been identified, "with the goal of the as many people as possible" , the parquet added. At that time the German police were familiar with these preparations and searched the house on October 26, 2016 and seized the explosive substances, but the two suspects had not immediately worried. Clement Baur had gone to France and his alleged Russian henchman remained in Berlin. The progress of the investigation has now made it possible to substantiate the suspicion of preparations for an attack in Germany.

Who is the alleged accomplice?

At the same time, Clement Baur is the subject in France of a similar separate investigation after his arrest in Marseilles in April 2017, five days before the first round of the presidential election. The 23-year-old and another Frenchman, Mahiedine Merabet, 29, were arrested in possession of weapons and a large amount of explosives. They were preparing for a & # 39; violent action & # 39; which was forthcoming, according to French justice.

No specific target has yet been identified. Clément Baur and Mahiedine Merabet had carried out research, particularly in connection with meetings of political parties. Baur is known to be close to the Chechen Islamists, with whom he converted to Islam in 2007 in Nice. According to the German prosecutor, plans for attacks in Germany and France were executed "in parallel" by Clément Baur.

>> Read also: Attack in Berlin: "Germany is a dream destination for terrorists"