Stored in an apartment in Noisy-le-Sec, king lion cub released in a sanctuary in South Africa 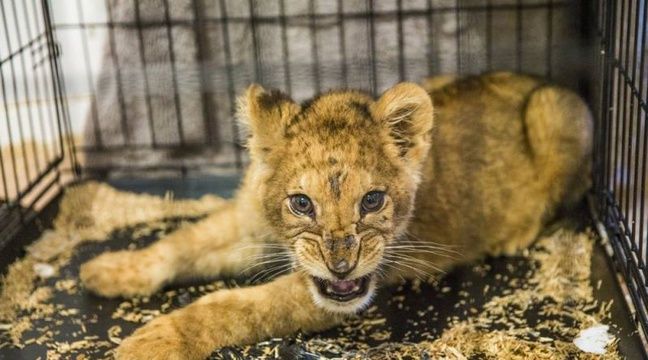 A news that makes us roar with pleasure. King, lion cub found in an apartment in Noisy-le-Sec (Seine-Saint-Denis) wilting in October 2017, has just been released on a reservation in South Africa, announce
on Twitter the firefighters of Paris. They had intervened with a brigade veterinarian to "rescue a lion cub who was the victim of abuse by the owner", remembers
the BSPP website.

(Good) news about the baby lion saved in 2017!
A year old, "King" is a happy day on a 25,000 hectare reserve in South Africa
👉 https://t.co/vRPVatjg9I pic.twitter.com/VlkRJBHDgt

The young lion "runs happy days in a reserve of 25,000 hectares", specifies the Paris firefighters but the king remains "still traumatized by his adversity". Welcomed by
Born Free Foundation in the reserve, the lion cub, now a year old, continues to acclimatise.

The owner of King was arrested

Firefighters recall that "wild animals are not pets or toys and are subject to specific regulations, thanks for respecting them."

The possession of wild animals is regulated in France by the Code of the Environment. In the case of King a young man was arrested,
Franceinfo announces "unauthorized detention of animal species". He had admitted that he had "hired" the cat without mentioning the owner's identity.