the alleged attacker of Marie Laguerre in custody 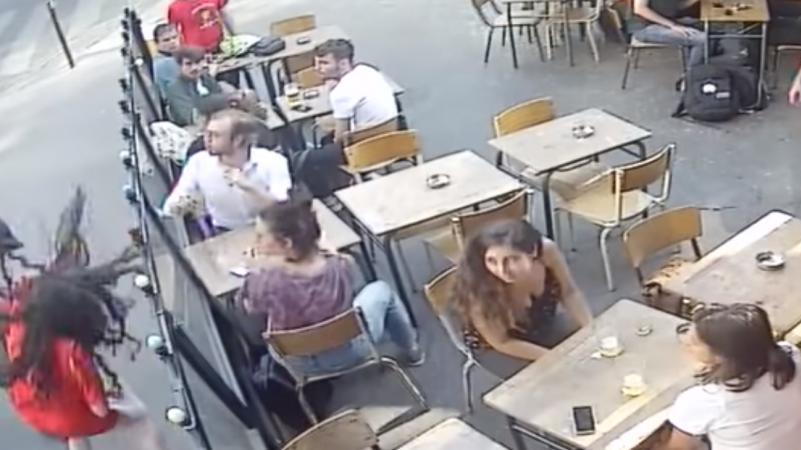 The man had attacked and insulted the young woman throughout Paris. She had complained during the trial.

A man suspected of attacking a young woman who responded to his obscene remarks in Paris last July, was arrested and put in police custody on Monday, August 27, franceinfo learned from a judicial source and confirmed information from Europe 1. Marie Laguerre, currently on holiday abroad, told Franceinfo that she had to go to the police station of the 19th arrondissement of Paris on Wednesday to identify her.

The 22-year-old had posted video surveillance footage of her attack on July 24 for a cafe in the same district.

In a message on Facebook she explained that the man had sent her "sounds / comments / hissing / dirty licks, in a humiliating and provocative way" while she went back home. "So I have dropped a" hangover "because I do not tolerate that kind of behavior, I can not keep silent and we do not have to be quiet anymore. & # 39;, she continued in this publication, stating that the man had first launched an ashtray before he followed and "in the middle of the street, in the middle of the day, for dozens of witnesses".

The parquet office in Paris opened a study on "Intentional Violence with Arms and Sexual Harassment" on 30 July following the complaint of the young woman.