The dog Fudji, sprinkled with a flammable product, is dead 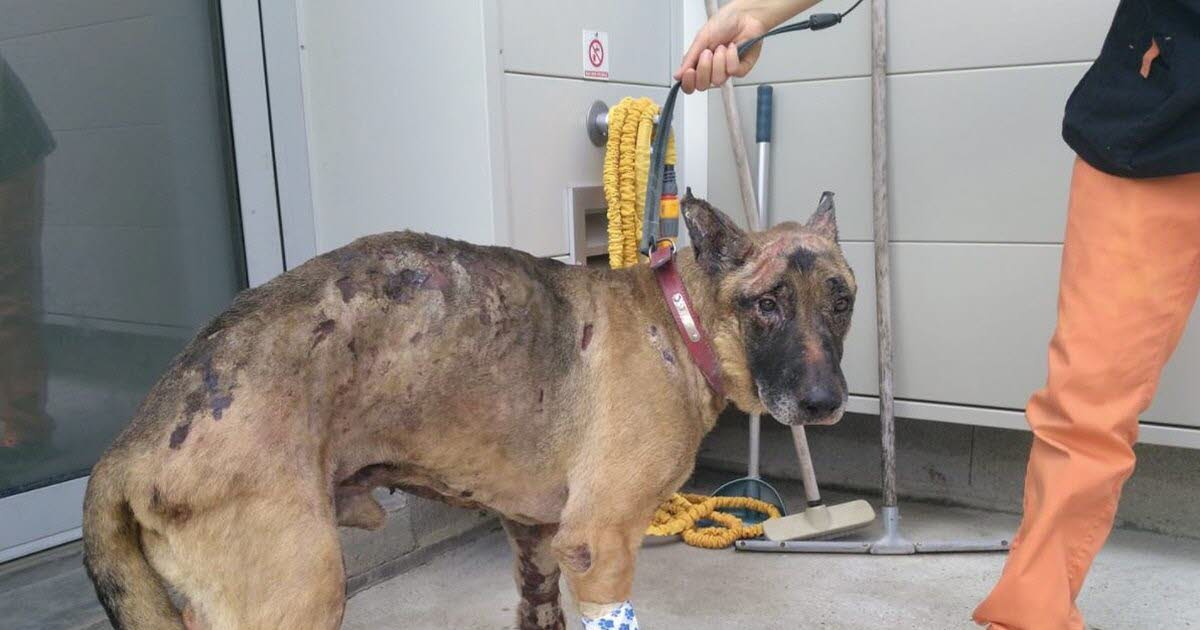 It was the veterinary clinic that had gathered him to treat him who had announced his death on his Facebook page.

"Fudji has left us this morning!" Cruelty has prevailed as unfortunately often. Sunday his kidneys let go and despite the infusions and dialysis, his body decided to stop. In all his care, he always continued to trust those who cared for him, a caress on his head and he was reassured. Rest in peace Fudji. The whole team of the clinic is sad, but we hope he fell asleep with the feeling that he fell asleep with the feeling that he could trust man, thank you all for the messages of support and love you have him sent. "

The German Shepherd was found between life and death in a cornfield with severe burns all over his body.

The alleged perpetrator summoned before the court

The alleged perpetrator, the companion of the owner of the dog, was arrested and placed in police custody.

Placed under judicial supervision, this young woman is summoned to court on 3 September.

This story had touched many internet users on social networks.

An animal protection association close to the owner has set up an online prize pool on the Leechi website to fund veterinary care for Fudji.

In the end, the 30 million Friends' Association announced that it would be a civil party in this case.