The largest festival of Islam begins today in France 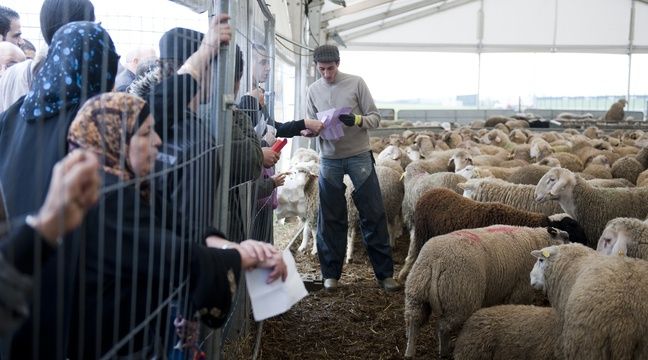 From Tuesday to Friday, Muslims around the world celebrate Eid el-Kebir, or Eid al-Adha, the largest festival of Islam. Or almost. Because, like the recalls
RTL, the date of this "sacrificial feast" differs per country: a majority of believers follow the decision of the Supreme Court of Saudi Arabia, which has chosen the date of August 21st. A choice followed by the
French Council of Muslim Faith (CFCM), the Muslims of France who celebrated this feast day on Tuesday. But in Morocco, Pakistan, Indonesia and Malaysia it is Wednesday, August 22 to celebrate Eid.

And some will follow this festival in Mecca, which has welcomed about 2 million pilgrims since the beginning of the Hajj Sunday. Eid el-Kebir takes place the day after the climb of Mount Arafat and marks the the end of
pilgrimage to Mecca.

Sacrifice of an animal

A festival that originated in both the Koran and the Bible. The two religious books tell the story of Abraham, or Ibrahim, who would sacrifice his son to obey divine desires. But an angel has replaced his child with an animal. That is why all over the world this festival is called the Feast of Sacrifice and believers kill an animal, a sheep, a goat or a cow according to a specific ritual.

In order to ensure that Muslims can observe this rite and prevent some from slaughtering a sheep in their bathtubs, a network of temporary slaughterhouses has been set up, respecting the halal sacrifice. But this ritual is not compulsory: some can replace it with gifts. Because the party falls under the sign of sharing and solidarity with the most needy.

>> Read also: Eid festival: kill the sheep or donate, the dilemma of the Muslims