The mayor criticizes the government, which defends itself 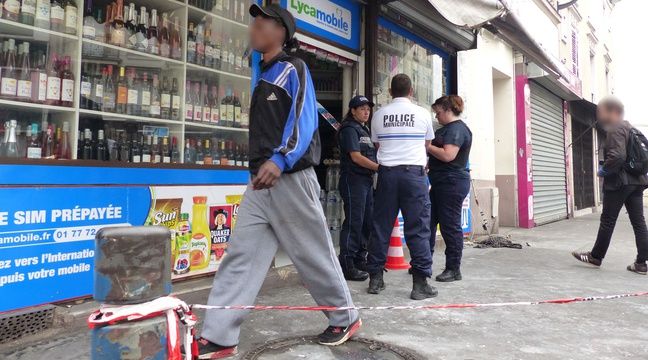 The Mayor of Aubervilliers (Seine-Saint-Denis) criticized government policy on housing Monday, the day after a new fire that caused seven serious injuries, in a small building that, according to her, had not been approved.

"Everywhere in France the housing crisis hits the most vulnerable people first and contributes to the prosperity of the unworthy houses", condemned the communist edict Meriem Derkaoui in a statement. Recalling that Aubervilliers "has 75% private housing, of which 42% is potentially unworthy", she complained that the action of the municipality against this plague "is now hindered by government decisions". Starting with the decrease, according to her, of resources allocated to urban renewal.

"The struggle against the slave traders (…) is a priority of the government," said the minister of territorial cohesion, Jacques Mézard, referring to the example of the Elan bill, which was adopted in the Senate at the end of July and that different measures. against unhygienic housing.

In the fire on Sunday evenings, the circumstances have to be determined, as well as the identity of the owner of the building and the operating conditions. The executive also demanded "the application by the court of exemplary sanctions", "if it would prove that the conditions of occupation of the damaged building were irregular".

Earlier, the edict had indicated that, according to the first elements of the investigation entrusted to the Departmental Security, the small building that housed a small supermarket on the ground floor had "no planning permission" occupation as accommodation "." For us it is a commercial lease ", the mayor of this popular municipality of more than 80,000 inhabitants had insisted on BFM-TV north of Paris.

Several residents told AFP Sunday that a family lived on the floor of this building in the district of Marcreux, 400 meters from the town hall. When fire broke out around 7pm, seven people were seriously injured, including a woman who had to be rescued, and five children. They were all still hospitalized on Monday evening, except for a nine-year-old who was released one day, according to a source of the prefecture.

The mayor greeted the police, who arrived before the fire brigade, who "almost with bare hands" intervened to evacuate the residents. Ten of them were slightly injured, like six other people. The Minister and the Minister of Foreign Affairs, Julien Denormandie, also thanked "the young people from Aubervilliers who courageously intervened to help the victims".