the message of Maillé's survivors to the Minister of National Education 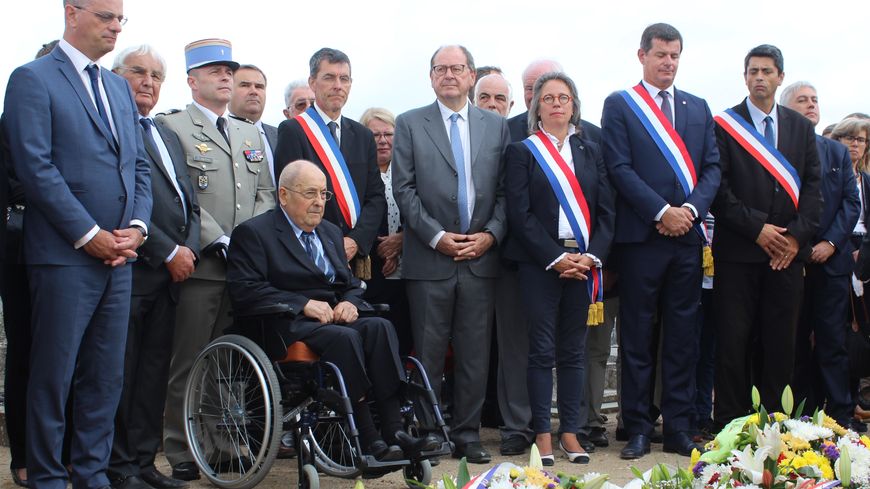 Some struggle to stop their tears. The names of one by one 124 civilians were killed on 25 August 1944 are declaimed, in the silence of the cemetery of Maillé. Women, men and fifty children, including babies, slaughtered by Nazi soldiers. In their memory wreaths were laid for the stele of the cemetery, and near the various war memorials of the municipality, by elected officials, associations, the children of the school of Maillé and the minister of National Education.

The presence of Jean-Michel Blanquer The ceremony of the 74 years of the Maillé massacre was greeted by all participants, especially the survivors. In the company of the 84-year-old Serge Martin, recently decorated with the Legion d & # 39; Honneur for his dedication that the Maillé massacre is known and recognized, the minister also visited the House of Remembrance. Attentive and curious, with many questions, Jean-Michel Blanquer had a long discussion with the survivors of the massacre.

We are not eternal … do not forget us.

Before he made his speech, the minister spent long minutes at the end of the ceremony, alongside Gisele Bourgoing, who was also a survivor of the 1944 massacre, but who lost about fifteen members of her family that day. over there. "We are not eternal, She said, tears in her eyes. Do not forget us."

Jean-Michel Blanquer, visible through the story of Gisèle, assured: "to have answered him very positively, because that is exactly the purpose of my visit. Education is one of the most important tools to prevent such things from happening again. " The minister added that he wants to remind Maillé of his historical significance, but also to educate future generations.

With the visit of the minister, Maillé hopes a welcome light on his little-known story

The director of the House of Remembrance, as well as the mayor of Maillé, were very satisfied with the ministerial visit, "in line with the work we do here", says the mayor, referring to the main public of the House of Remembrance, school groups, usually coming from the department, but Romain Taillefait, director of the memory, hopes to expand the audience, benefiting from the visit of Jean-Michel Blanquer, and the spotlight that puts it on Maillé's history, he also contacted the minister's teams to continue the exchange. "_It must transform the essa_i, he says. There is a lot of work … as long as Maille is not obvious, there is work."

Evidence that would eventually appear in history books. car Maille has long been forgotten, overshadowed by the liberation of Paris, which took place the same day, and another massacre, that of Oradour-sur-Glane. Asked about the absence of the small village of Indre-et-Loire many textbooks, Jean-Michel Blanquer explained that his ministry did not create the contents of the books … but promised to discuss the case of Maille with publishers. Another sign of hope for the survivors.