The price of the hunting license divided by two 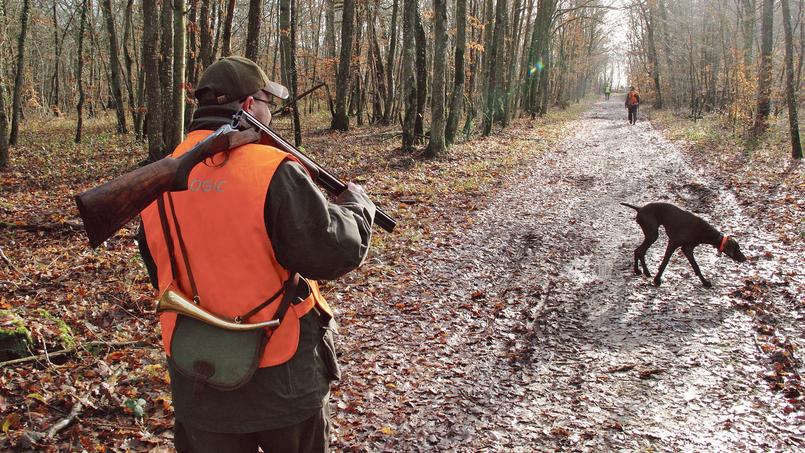 The head of state received all representatives of the hunting world on Monday at the Elysee and agreed to set the price of the license at EUR 200, according to the president of the hunting federation.

This is a file that is closely monitored by the executive. The president wanted to approach it as quickly as possible and at any cost to conclude an agreement, but the subject is so flammable that a global overhaul of the French yacht will take some more time. Between the time of the campaign, when the president began to row the hunting world, and the first concrete decisions that reformed this activity carried out by 1.2 million practitioners, no less than a year and a half will have passed.

In December 2017, the head of state went to a "hunting board" in the forest of Chambord, after which he held a first meeting in February in the Élysée with the representatives of the hunters, before he entrusted a mission of reflection to State Secretary for Ecological Transition Sébastien Lecornu. This led to a long meeting on Monday between Emmanuel Macron, Nicolas Hulot and Sébastien Lecornu, whose consultation work was particularly welcome, the chairman of the National Hunting Federation Willy Schraen, Antoine Peillion, the energy consultant of the Elysee, the lobbyist Thierry Coste, the senator from Cote d & # 39; Or and fine tractor Francois Patriat, a close relative to the president.

According to Thierry Coste "a large part of the reflection proposals of the Federation of Hunters (FNC) were heard and validated at the end of a meeting in an instructive atmosphere and open to compromise." the difficult issue of adaptive management that would allow more flexibility and restraint in the management of game, protected or invasive species led to a reflection on six species of birds: the gray goose, the black-tailed godwit, the curlew, the turtledove, the capercaillie and the pochard.

The yacht license reduced to 200 euros

But the list with a better knowledge of harvests and populations could still evolve by 2019. "Concerning the establishment of a natural police and territories at departmental level, in accordance with the requirement of mayors and rural hunters, the president expressed support for a merger between the French Agency for Biodiversity (AFB) and the National Bureau for Hunting and Wildlife (ONCFS) to create a new organization with new priorities, explains Thierry costs, but the governance issues and the calendar remain. "To enable better accessibility of hunting and the mobility of departments to promote, a reduction in the price of the national license from 400 to 200 euros is a good way ", says the lobbyist.

It remains a solution to finance the damage of Big Game, bears in mind, which are becoming increasingly exorbitant in the south of France and are currently paid directly by the federations. And all the more because hunters now have to pay a "contribution" of 5 euros for ecological funds.

An ethical charter to work out

Another important measure is the fight against engrillations that deform certain areas and weigh on the natural movements of large game. In the same spirit, the hunting world will have to work on an ethical charter and address the most important issue of animal suffering. If the Minister of Ecological Transition proved to be tense about the sustainability of the traditional yachts that hunted the thrush on the glue, the softness or the matool, the discussions also touched on the likely validation of a systematic pardon of the hunted animals. run and "arrive at their destination" in urban areas. "A protocol including the presence of a veterinarian is under discussion, assures Thierry Costes, which specifies that the dialogue on other topics has not been completed and that with the exception of the ethical charter to be investigated in October or November no specific agenda stopped.

This file is very delicate for Nicolas Hulot. The ecologist knows that he is waiting for the change of animal protection organizations, which require more restrictions and protective measures. This summer, in Morning Var Brigitte Bardot had honestly treated the former TV presenter as a "first-class maniac". A decisionless. A man who is useless. He had responded firmly to the information from France. "There is a moment or a moment when you have to stop giving in to simplicity, to give advice at a distance, all with a view of the Mediterranean Sea, it is very nice, but it is not conducive to the cause." Politics is decided the art, often cruel, of a compromise. Where the balance of power is more than good conscience and moral positions.