the right anti-Wauquiez is back 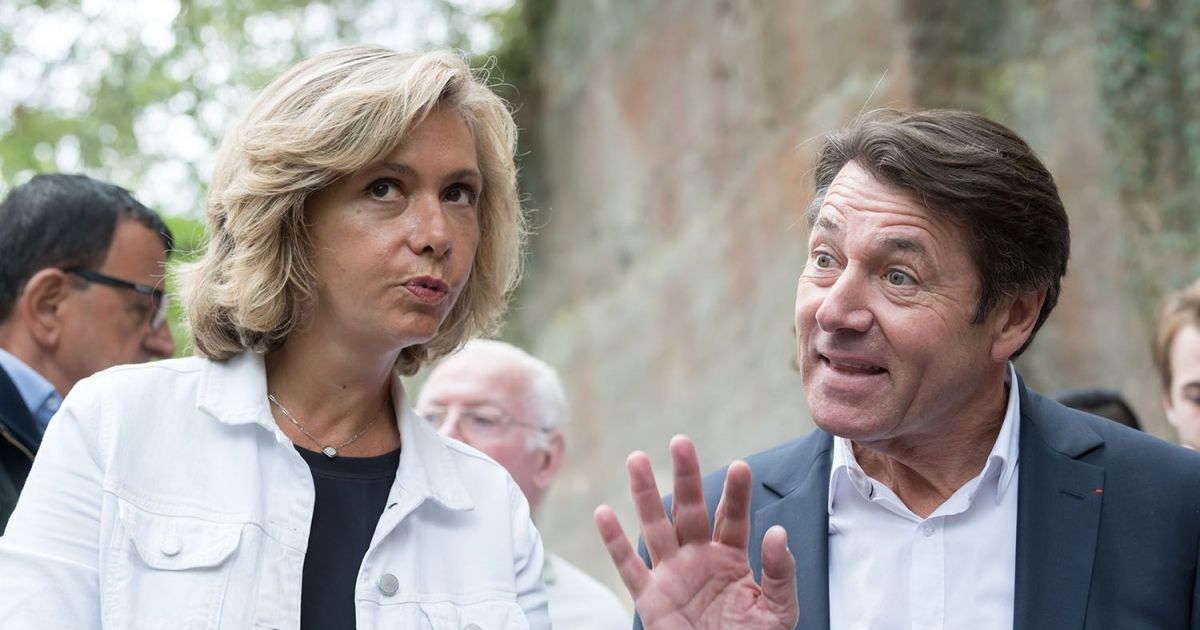 Valérie Pécresse called her troops and her allies to a very symbolic place for a right-hand conquest during the last two presidential elections: in Brive-la-Gaillarde, in the heart of the Corrèze of Jacques Chirac, re-elected president, founder of the UMP, who Collect the good and the middle. "A memory that no Laurent Wauquiez has," says a smile, a senator LR Ile-de-France.

But a memory that unites the last tenors of the still standing right and Valerie Pécresse: Xavier Bertrand, who left the day after the election of Laurent Wauquiez, and Christian Estrosi, mayor of Nice became free electron with his movement "the French bold. Together the three musketeers want to sharpen their knives to rearrange them and to lift the right.

In a video Xavier Bertrand praised the "perseverance", the "courage" of Valerie Pécresse. Above all, the president of the Hauts-de-France region had a "political" message. He feels "complementary" with the president of Ile-de-France. So why not "cooperate"?

"I tell you, the Presidents of Regions & # 39; s know how to gather. The Republican right must be open and must be able to collect and collect".

The breaches that undermine our country are not taken into account by the head of state. with @vpecressewe share the idea that republican law must be open and united. #SoyonsLibres @SoyonsLibres pic.twitter.com/wb1SW2T2T8

Christian Estrosi has decided to endure the blows. "It is better to collect than to share. This is the reason for my presence today ", says the former president of the Provence-Alpes-Côte-d'Azur region, who presents himself as someone who" took Marion Maréchal-Le Pen out of politics for a long time " He is "happy to be here" Christian Estrosi. "We are irreparably good and deeply gaullist." But the Mayor of Nice threatens, in a warning addressed to Laurent Wauquiez without mentioning:

"If some people think we are rebuilding our movement with the same methods, the same type of government, the same contempt for the militants, the same bureaucratic centralization, the same manichaeism, the same sectarianism, the same passion for exclusion and the same aversion to the confrontation of ideas, the same cult of the leader, there will be no renewal or resilience, there will no longer be success or victory. "

"Our right is a right to credibility"

Valérie Pécresse preferred to take the height, the one who makes the "software of the good" again under the sponsorship of "this Chirac visionary" and whose thought is "still relevant". "Jacques Chirac, the theory that our country, which is so broken, needs cohesion first, "it says to about 500 activists and elected officials.

"He was the first president to call for globalization, both the opportunities and the dangers, and the challenges it posed for France, by the risk of a war of civilizations, but also of destruction of the environment."

The president of Île-de-France will not mention Laurent Wauquiez once but warns: "If we are here in Brive, it is because we do not believe in populism or extremes. & # 39; The new strong woman on the right wants to be "popular instead of populist". She considers the idea of ​​dividing between areas and cities & # 39; dangerous. "Do not blame Europe for all our cowardice", adds the one who presents himself pro-European. And assenees:

"Our right is a right to credibility, a right of government that will never betray itself in an alliance with the extremes. "

Before this fall of 2018 Valérie Pécresse will still have to cross the line at the European elections. "We have succeeded in reversing the most Eurosceptic projects," said one of his family members. Yet nothing really decided in the Republicans, after a national council in Menton, where the party managed to prevent divisions. "There is still no project and still no list or at the top of the list." Will Valérie Pécresse go so far as to propose an alternative list for Europeans? "For the moment we are satisfied", he explains in his retinue.

Valérie Pécresse's goal has not changed. "We remain faithful to the first project," said Patrick Stefanini, former campaign leader François Fillon, after the defeat of 2017, returned to Valerie Pécresse.

"We want as many roads as possible within LR, we want to feed the debate of ideas well, but also throughout the country."

The gray eminence of right-wing leaders coordinates the production of "thematic notebooks" that are to feed the party. "Now the ball is in the Laurent Wauquiez camp."

The house Free! will have managed to collect the sensitivities of the right who did not find any rooms at Laurent Wauquiez. Besides Xavier Bertrand and Christian Estrosi, there were the exiled Dominique Bussereau, the Juppéist Maël de Calan and the Fillonist Florence Portelli. Gerard Larcher even made an audiovisual appearance to infuse the meeting. Valérie Pécresse finds Xavier Bertrand, who wants to work with her, at the beginning of September on the Châlons market. "I hope it will be before 2022," says the president of Ile-de-France, close to a possible rapprochement with the president of the Hauts-de-France. "This proves that we are a pool of attraction", Valérie Pécresse says. What remains for us to find a new slogan: one for everyone, but all for whom?