The train leaves with her baby while she goes shopping 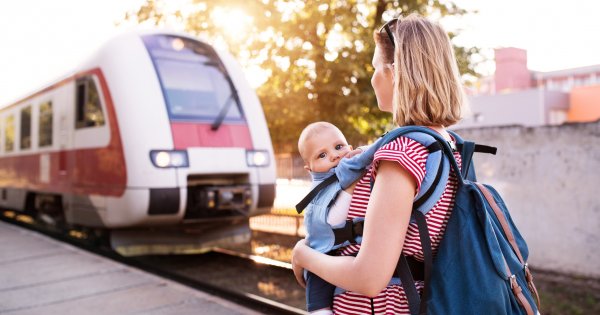 We can say that that is true the nightmare of all parents ! This Monday, August 20, in the afternoon, this mother had plans to travel in TER from Tours to Vendome (Loir-et-Cher). She is alone with her toddler, a boy of a year old. Time to pack her luggage, in the belt, she asks a passenger to keep her child. She should have made an urgent purchase, and then she left the car. But his race goes on forever … Inevitably, the train ended with departures, the baby only inside.

The gendarmes of Indre-et-Loire, surprised by the situation they had to deal with, published the story on the social networks: "Cthis woman takes the train to Tours with her one year old child, […] then she misses a moment for a race …… then … then …. the time goes by … and the train starts without her They tell on their Facebook page. Because the mother does not return, the improvised baby-babysitter warns the driver, who did not fail to warn the Château Renault police. And they have restored the child during the stop of the station. Happy, the mother has been identified.

A story that ends well

The mother finally came to pick up her child at the gendarmerie … By taxi! In the end, the situation could have been much worseas the gendarmes indicate, " a story that ends happily … They conclude on Facebook. Like what, one is never too careful with the children, the situation can turn the time of a race!