"This research is useless and hurts us," condemns Marie-Ange Laroche 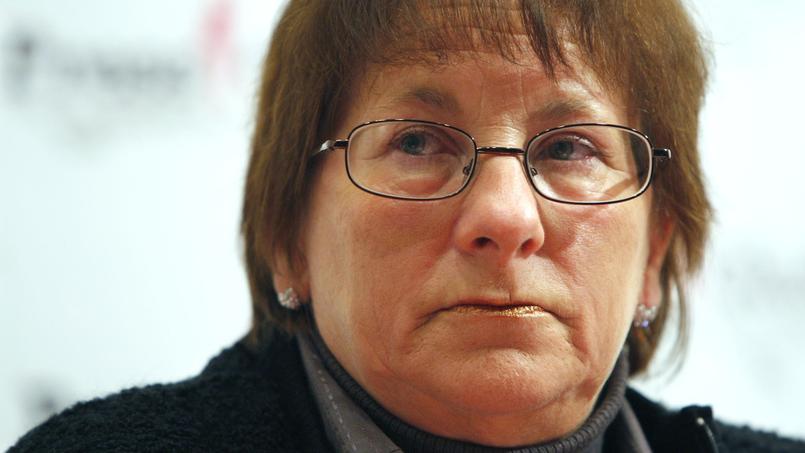 The widow of Bernard Laroche, killed by the father of the little Grégory, returns to the last twists that the affair had known for a year.

"I have enough, it goes too far." After years of silence, Marie-Ange Laroche, widow of Bernard Laroche – murdered by Jean-Marie Villemin in 1985 – gave two interviews this Sunday about the latest developments in the case of Grégory, who has been in court for thirty-four years. year and has not yet succeeded, despite the reopening of the instruction for more than a year. "What has been happening for a year is insane, it is useless and it hurts us," she said Parisien.

»READ ALSO – Grégory case: the mystery continues a year after the reopening of the investigation

On 16 October 1984 Grégory Villemin was kidnapped in Lepanges in the Vosges and found dead in the icy waters of the Vologne. Very quickly this dirty news is passionate about the press and a judicial investigation has been opened. It is led by many magistrate instructors and will experience different twists. As the years went by, we thought the case had been forgotten, but justice had revived the investigation last year after using the Anacrim analysis software. This tool had made a new view of the procedure possible and led to the arrest and accusation of two protagonists of the case: Marcel Jacob and his wife Jacqueline, the uncle and aunt of Jean-Marie Villemin, the father of little Grégory. The couple had been charged with "kidnapping" and "kidnapping following by death" by Grégory.

READ ALSO – The Grégory Affair, The Fact Of The Century

Then it was the turn of Murielle Bolle, the sister of Marie-Ange Laroche, to be charged with "kidnapping", in the light of a new testimony. One of her cousins ​​told her that her family had beaten and threatened after she had accused Bernard Laroche in 1984. This would have prompted him to change his version in the process. Asked about this, said Marie-Ange Laroche The Parisian that this cousin was "a liar" and that he was "not here" that evening. "I do not know why he says all that," she says to BFMTV. "One would have reportedly beaten, he would have torn hands after him.On the images of Murielle the next day, do you see her missing her? See you blues? There was nothing, no pressure," she says.

Yet another testimony of one of her sisters went in this direction in 1984, as recalls The Parisian. "Yes, it is true, I was angry with her, but I did not hit her", says Marie-Ange Laroche. "The next morning, when she realized the seriousness of her remarks, she went to talk on television that everything was wrong," says the widow of Bernard Laroche. Murielle Bolle in her turn claims that her first confession was extorted by the gendarmes of that time. Today, the two sisters would no longer have a relationship. "We meet in the supermarket every now and then, but that's it, then my sister stays, I think she was wrongly interrogated and thrown in jail." Since then, the three indictments have been canceled for procedural reasons. .

Marie-Ange Laroche regrets that we are still questioning her deceased husband. According to the gendarmes, the Jacobs would have encouraged the abduction of Gregory with Bernard Laroche – very close to Marcel Jacob – and the active complicity of Murielle Bolle, at the age of 15 at the time of the events, to avenge Jean-Marie Villemin, envied social success. "It is very convenient, it is not there to defend itself," she said. "Bernard was innocent, he was murdered and yet it continues (…) for me, it is difficult."

"I have tried to rebuild myself, but it keeps us going"

At the start of the investigation, the first investigating magistrate in the case, Judge Michel Lambert, had suspected Bernard Laroche of kidnapping and murdering little Gregory. Subsequently, he had withdrawn his conclusions and prepared the case when the defendant was killed by Jean-Marie Villemin in March 1985. Last year, a month after the reopening of the investigation, Judge Lambert committed suicide. "He was also broken by this affair, it was dirty … That's all a big mess," Marie-Ange Laroche reacted again.

Asked about the research that has been going on for thirty-four years, she says this case is "broken". "I have tried to rebuild myself, but it continues, I have never mourned, but to know if the truth will appear in this affair one day, it remains doubtful and says no longer to be believed. the Court of Cassation say whether it passes a priority issue of constitutionality (QPC) to the Constitutional Council, submitted by Murielle Bolle, who disputes the validity of his detention in 1984. If the highest judge was right, file would be weakened.