what is the ecological balance? 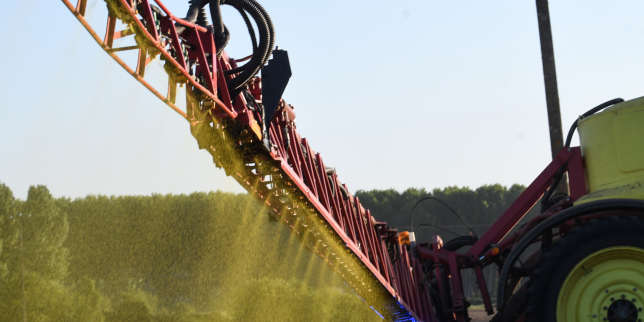 The Minister of Ecological Transition resigned on Tuesday. He made some progress in fifteen months, but he also had to make a lot of concessions.

"Make our planet great again", Emmanuel Macron launched in June 2017. A parody of the Donald Trump slogan, intended to oblige the young French head of state to take on the fight against the greenhouse effect. A year and a few months later, tired of it "Small steps" and to "Getting on", the minister of ecological transition and number three of the government, Nicolas Hulot, slams the door. Between these two dates, some advances, but many arrangements and concessions.


"On our balance sheet he will eventually regret his decision", says the Elysee

Following the European Union's decision in November 2017 to extend the licensing of the controversial herbicide for five years, the President of the Republic, Emmanuel Macron, promised that the substance, Monsanto's active ingredient in Roundup, would be banned. in France "At the latest in three years". Nicolas Hulot had confirmed this deadline several times, but had to refine it by calling "exceptions if in some sector or a certain geographic area some farmers are not ready within three years ". The Minister of Ecology was in many conflicts with his agricultural counterpart, Stéphane Travert, who said in late January that France would go "Try to go out" glyphosate within three years, add that "As long as there is no replacement, there is no suppression".


alternatives to glyphosate according to INRA

On his arrival in power, the government of Edouard Philippe takes the opposite of the position of his predecessor on the issue of endocrine disruptors. After months of opposition, including by the then Minister of the Environment, Ségolène Royal, France finally votes on 4 July 2017 at European level for a definition that is regarded as lax and ineffective by the scientific community of these chemicals omnipresent in the human environment. This first environmental removal of the five-year period will ultimately be short-lived: the European Parliament has since rejected this text and forced the Commission to review its copy.


Endocrine disruptors, what is it?

Emmanuel Macron promised to respect the law on the 2015 ecological transition, which provides for a 50% reduction in the share of nuclear power production. But it still has to be achieved: after a report highlighting the difficulties of supplying electricity to France in the event of closure of four coal-fired power plants and nuclear reactors, Nicolas Hulot must admit at the end of 2017 that he will be "Difficult" to keep the goal and a new date is proposed.

A year before the approval of CETA, Nicolas Hulot, who was not yet a minister, signed a platform The world to express his fears about this trade agreement between Europe and Canada, considered by many NGOs as dangerous to the environment. Despite his appointment, he could not beat his approval and his provisional entry into the autumn of 2017. Only the French government has one "Action plan" without real substance, supposed to frame the execution of the agreement. So the "Climate Veto" promised by France to protect the pro-environmental measures of the private arbitration mechanism has still not been realized.

It will be one of the public blues & # 39; by Nicolas Hulot: at the end of this meeting with the food sector at the end of December, the minister trusted world Which "The account is not there". And rightly so: the Ministry of Agriculture of Stéphane Travert leads debates and conclusions, especially in order not to rush the agricultural world. The few announcements of the meetings are essentially wishful thinking: "Target of 15% agricultural area" by 2022, "Aim of 50% organic products" in public catering at the end of the five-year period … But nothing about the climate, nor pesticides, regrets associations and NGOs.

It is a small renunciation, but it is an example: launched in February 2017 by Ségolène Royal, this bonus of up to 200 euros for the purchase of an electric bicycle is a victim of its success, with 150 000 access requests to the device. Too expensive, says Bercy, who plans it in the Finance Act of 2018 and reserves it for non-taxable households, to the annoyance of the sector, welcomes this help that has stimulated sales.

Various amendments have been tabled in the Agriculture and Food Act to make mandatory Nutri-Score labeling on food products, intended to visualize their nutritional value, which has been tested since November 2017. But on this issue is the Ministry of Agriculture. of agriculture who had the last word and the project of generalization was abandoned to prevent "the experiment at European level weakened".

Was the death of the announcement of August 27, 2018? Emmanuel Macron confirmed a sharp drop (from 400 to 200 euros) of the national hunting license to satisfy the hunters' lobby, while Nicolas Hulot was against it. To get the measure, the file was not entrusted to the Minister, but to his Minister of Foreign Affairs, Sébastien Lecornu.

See the portrait of Thierry Coste,


the lobbyist of the hunters with Macron

On 17 January 2018, Prime Minister Edouard Philippe announced the abolition of the airport project on the Notre-Dame-des-Landes site, which ended fifty years of procrastination. In an interview ParisianNicolas Hulot, a time-honored opponent of the airport project, said he was "Convinced that this is the least bad solution that has been retained". However, the future of agricultural land is still not resolved. The minister of ecological transition and the prefect of Loire-Atlantique, Nicole Klein, failed to reach an agreement during the mediation with the historic inhabitants of the ZAD (defending area). Hulot begged them in April "Do not miss the last step" to the regularization of their situation.

The deployment of Candidate Macron during the presidential campaign, the tax on diesel will gradually be aligned with that of petrol until 2021. The measure was voted by the deputies last fall. Nicolas Hulot also put an end to the marketing target of petrol or diesel vehicles by 2040 in July 2017.

This was one of the most visible promises of Emmanuel Macron's transport program: the scrapping premium for the purchase of a newer and less polluting used vehicle. Since early 2018 all owners of an old vehicle can receive a bonus of 1,000 euros, or even 2,000 euros if they are not taxable, by buying a new car or a recently used vehicle.

Nicolas Hulot announced in the spring of 2018 a five-year plan for the energy renovation of buildings. It contains a series of measures that are expected to lead to the 500,000 annual renovations promised by Emmanuel Macron during his campaign.

After his resignation on 28 August, however, the former minister himself questioned the credibility of this goal, because he regretted that the renovation aid had been reduced. "Half". He also failed to impose his idea of ​​bonus-malus modulated on the basis of energy performance in the sale of housing.

At the end of 2017, Nicolas Hulot approved a law that plans the end of oil and gas production on French soil. However, this extinction will be very progressive: no research or exploitation license can certainly be issued. But the 62 granted concessions may possibly be extended until 2040 – or later, if their holders prove that they have not yet made them profitable.

The scope of this law was very symbolic, since the extraction of oil from the French underground (800,000 tons in 2016) and gas (400 million cubic meters) only cover about 1% of consumption.

Our assessment of the dismissal of Mr Hulot:


the icon of helpless ecology to impose a new model