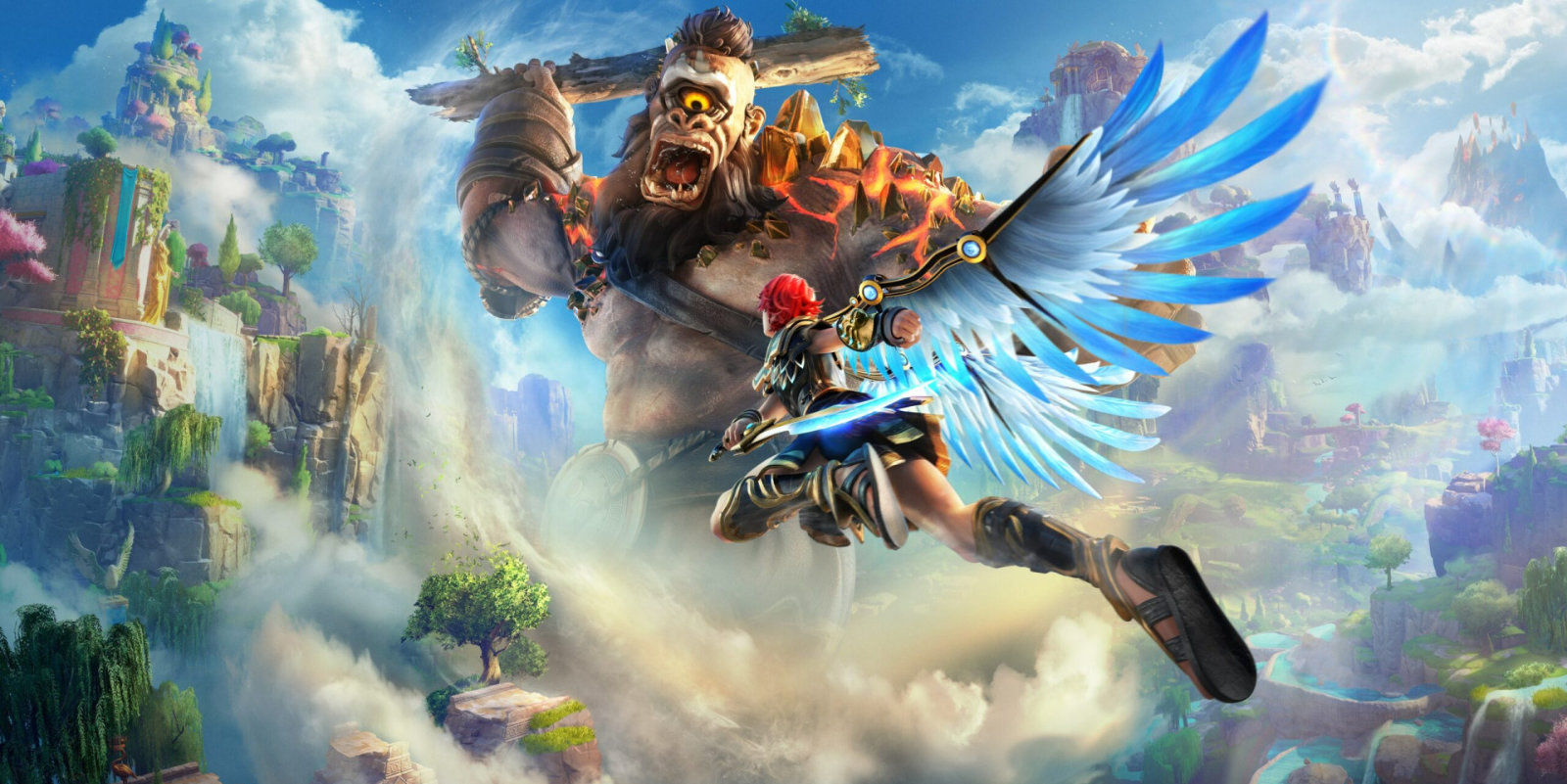 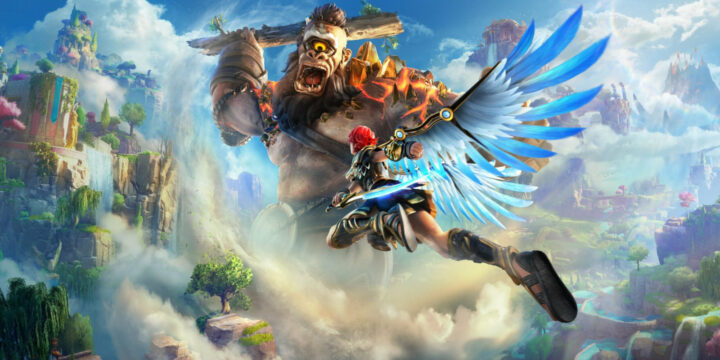 This year Ubisoft presented a strong presentation for the launch of the next generation consoles: with “Watch Dogs Legion” (here my report) and “Assassin’s Creed Valhalla” (here also my report), the publisher has released two very strong games to match the best offshoots of the two brands. With “Immortals Fenyx Rising”, formerly “Gods & Monsters”, a completely new franchise is now added. I watched the game once a week.

The first videos about the game led to many comparisons. Mostly “The Legend of Zelda: Breath of the Wild” from Nintendo was used. And after an allusion to “Immortals Fenxy Rising” it is difficult to dismiss that comparison. Not only the comic graphics are reminiscent of Link’s Switch hit, the gameplay also has more than just superficial similarities. The game world and its exploration are the real protagonists in Ubisoft’s Olympic adventure.

Unfortunately, the developers have made a fatal mistake: they take the player too much by the hand. Even if I’m not personally the biggest fan of “The Legend of Zelda: Breath of the Wild”, I really appreciated that the game takes the player seriously. You independently explore the game world and discover dungeons, small villages and other subtleties at your own pace. Immortals Fenxy Rising offers you a very diverse world full of small tasks and large and compact dungeons with puzzles, but tends to avoid self-initiative.

This is how you mark secrets in the area from elevated viewpoints – which are always easy to find. So if you want to rush into a ravine with the Daidalos wings, which shift the main character Fenyx, to discover completely new things, you will rarely find such moments. In addition, there are several main areas that are visually very different from each other – such as the Valley of Eternal Spring (Aphrodite) and the seething forged lands of Hephaestus, but the gameplay remains rather stoic.

Time and again relatively comparable physics puzzles are solved in which one z. B. pushes heavy boxes on switches or maneuvers balls into predetermined holes. It’s also important in Tartaros’ Vaults, which are “Immortals Fenyx Rising” variants of the notes from “TLoZ: BotW”, to solve such puzzles, defeat waves of opponents, or master acts of skill. There is a certain monotony coming, as you know from other Ubisoft games. Fortunately, this does not dominate too much, which is also due to the wink atmosphere.

The Adventure of the Gods tells its hero story with a lot of humor. The frame story is told through a dialogue between Zeus and Prometheus, who punish each other with taunts and occasionally sprinkle a loose slogan. So while stopping the Titan Typhon and protecting the gods from his growing power may seem like a serious task, the story comes off more like a morning cartoon. But that’s a good thing, because the easy storytelling style is a welcome change from the dramatic “Assassin’s Creed Odyssey”, which was also based on Greek mythology. 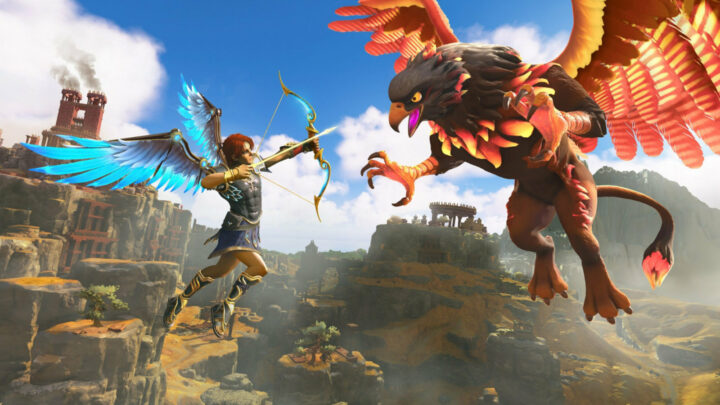 In the course of the game you will encounter all kinds of characters from the world of legends, who sometimes play smaller, sometimes larger roles and sometimes are overhauled a bit. Technically, the foresight of the Xbox Series X that I tested the game on is quite impressive. Immortals Fenyx Rising is also available for PS4 / PS5, Xbox One, Nintendo Switch and Google Stadia. My impression is that the game runs with a dynamic resolution on the Xbox Series X. 60 fps is given and is usually constant. HDR and even Dolby Atmos sound are also part of the game.

The comical graphics don’t celebrate the finest textures or the highest polygon density, but I personally liked the look, which is reminiscent of animated movies and suits the relaxed atmosphere. For me, however, the characters with their limited facial expressions often fall into the Uncanny Valley. So every now and then the characters look a little spooky. The colorful game world makes up for that. However, the speech output, here I have used the English-language original sound, is quite critical. The characters sometimes speak with strange accents and the speakers struggle to find the right tone between irony and seriousness.

Getting back to the similarities with “Breath of the Wild”, also in “Immortals Fenyx Rising”, a stamina bar shows how high you can climb rock faces or how far you can slide with your wings. And here too you can expand this bar over time. This makes previously inaccessible areas available to you. There are also skill trees where you can prioritize character development. For example, you can focus your fighting skills on counterattacks or try more combination attacks or even develop powerful god gifts.

Although puzzles are an important part of the gameplay, you will of course also have a lot of battle against mythological creatures. The fights are extremely fair or even too easy as the game progresses. Because the opponents let you quickly recognize when they perform a powerful movement that would cause your life energy to disappear. If you dodge at the right timing, time slows down. And already you are bombing your respective opponent with a combo thunderstorm.

Unfortunately, this pattern develops only slightly over the course of the game. The opponents are diverse: Gorgonians, harpies, cyclops, etc. Make your life difficult. But once you get the rhythm and choose the skills to suit your playing style, you will quickly become overwhelmed. I haven’t quite finished the game yet, but “Immortals Fenyx Rising” has already taken me a few nights with little sleep. That again speaks for the title, which is entertaining well.

With other Ubisoft brands such as “Assassin’s Creed”, “Watch Dogs” or “Far Cry”, “Immortals Fenyx Rising” can’t keep up yet. For a debut, this is a good game that, with its open world, focuses more on exploring and solving puzzles than on more complex mechanics such as collecting resources to build settlements or recruiting new team members. Anyone who also appreciates games like “The Legend of Zelda: Breath of the Wild” has come to the right place. Ubisoft certainly doesn’t win an innovation prize with “Immortals Fenyx Rising”, but delivers a fun action adventure with a humorous atmosphere that brightens up the gloomy winter days.

Amazon links are included in this article. Clicking on it will take you directly to the provider. If you decide to buy there, we will receive a small commission. Nothing changes in the price for you.