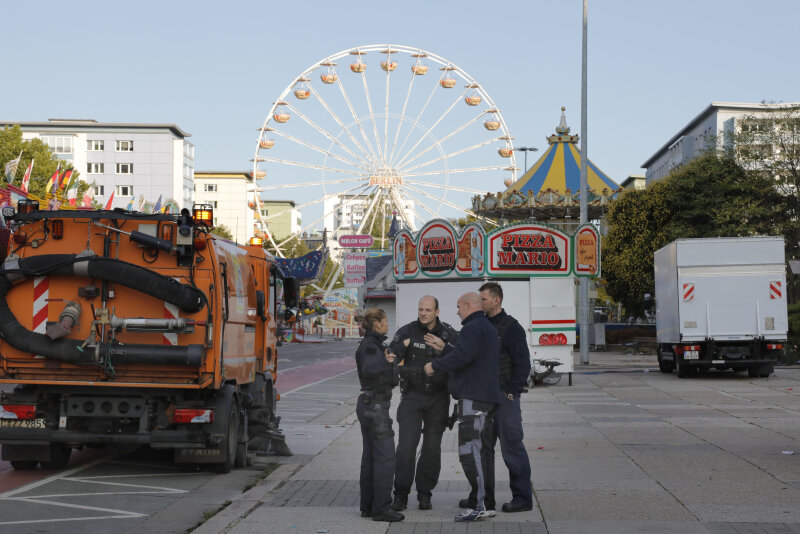 The Chemnitz City Festival was canceled on Sunday afternoon. This was confirmed by Sören Uhle, Managing Director of Chemnitz Economic Development, who organizes the city festival. The decision was made after the lethal mes attack in the center of Chemnitz on Sunday morning for reasons of piety and sympathy for the family members during a briefing.

During the argument, a 35-year-old man was killed in the morning. Two 33- and 38-year-old men were sometimes seriously injured.

The quarrel started at 3.15 pm on the bridge road between the Road of Nations and the Bahnhofstrasse, two hours after the end of the Saturday events at the city festival. According to the police, a first verbal dispute between people of different nationalities led to the attack. First information, according to which men rush to help a woman who was sexually harassed, denied the chemnitz police station on Sunday morning.

Police officers were able to deploy two 22- and 23-year-old men who had fallen from the neighborhood during the investigation. It is still unclear whether they were involved in the dispute. On Sunday morning took place in the field of forensic investigation of the crime. The murder weapon, a knife, was found Sunday at the stage of the bridge, according to information from "Freie Presse".

As police spokesman Jana Ulbricht has announced, both the dead and the two wounded men have German nationality. The nationality of the two 22- and 23-year-olds arrested will not be announced because it is not yet clear whether they are even related to the incident.

Prosecutor Chemnitz and the Chemnitz police station investigate the suspicion of manslaughter. The cause of the dispute and the exact course of the crime are also determined.

A Stadtfestabbruch was not a subject around noon. The incident will have no impact on the city festival on Sunday, said CWE chief Uhle. The fatal incident took place at 3.15 pm, outside the city festival area on the bridge between the Bahnhofstrasse and the Straße der Nationen and neither temporarily nor locally with the city festival, so Uhle at the moment. "It was not a crime of the city festival and is only a matter for the police." Eventually, the organizers opted for the demolition. (Jpe / fp)