Bavarian Gmain: motorcycles collide – big bet on the B20 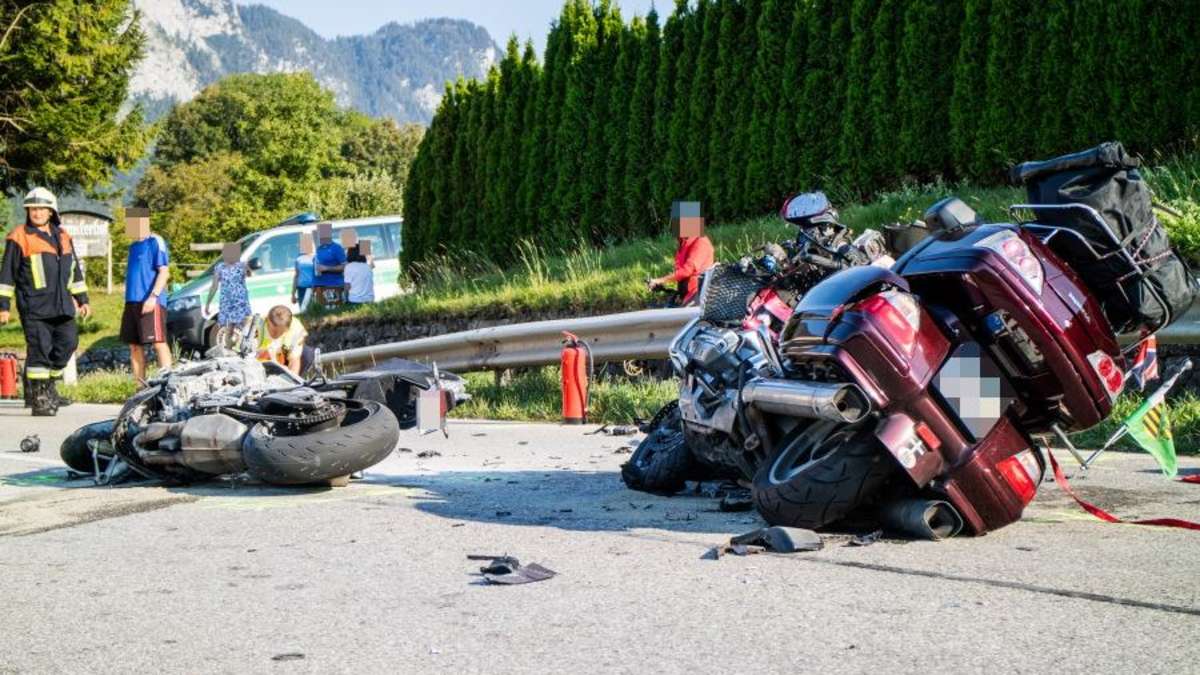 In a serious accident on Sunday afternoon on the B20 in Bayrisch Gmain, three people were seriously injured.

Bayerisch Gmain – On Sunday afternoon at 5:20 PM on the B20 in Bayerisch Gmain (Berchtesgadener Land district) near the Bräulerhof two motorcycles collided. After the first assessment of the Red Cross, the two drivers were seriously injured and a passenger medium.

According to the Reichenhall police investigation, the alleged accident driver drove from the Berchtesgadener Land to Bad Reichenhall, where he passed several vehicles driving in front of him and shortly before the departure of the Bavarian Gmain to drive on the opposite lane. There, at the height of the Bräulerhof, he met another motorcycle with two tourists from Saxony, who could no longer avoid it. The two motorcycles collided.

Residents and other road users immediately provided first aid and protected the injured in the street with umbrellas from the fierce heat. The requested emergency services provided the three wounded on the spot, whereby the suspected cause of the accident was flown by the rescue helicopter to the accident hospital in Salzburg. Another helicopter brought the cyclist from Saxony to the Traunstein hospital. The ambulance crew of the Red Cross of Berchtesgaden and the emergency doctor of Freilassing brought the passenger to the district hospital Bad Reichenhall.

The fire brigade took care of the location of the accident, helped with the care and transport of the patients and regulated traffic, which was diverted to a large area. Officials of the Reichenhaller police took the exact accident. Because of the severely injured injuries, Public Prosecutor Traunstein has imposed an accident analysis and technical expertise. The B20 was completely closed during the rescue work and the accident registration up to 20 hours.