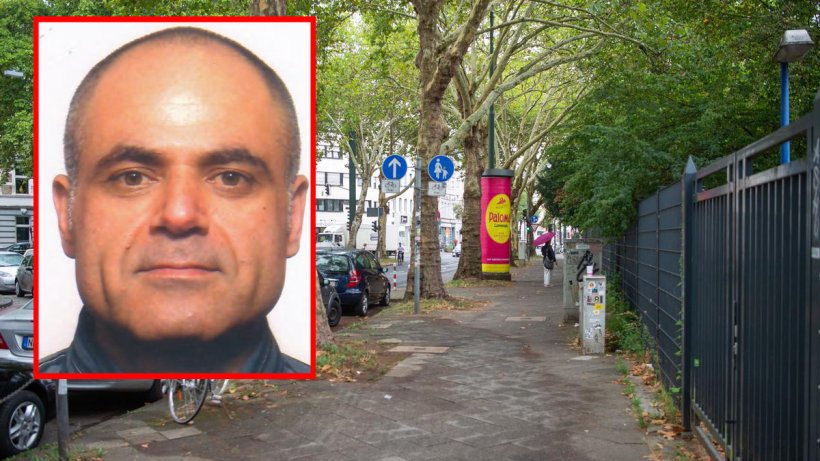 A 36-year-old woman is stabbed on the street. Passers-by tried to help her, and a short time later she died in the hospital. The 44-year-old suspect Ali Akbar Shahghaleh is still fleeting.

On Tuesday, the police and the prosecutor announced during a press conference more details about the crime and published a mugshot.

+++ In this apartment the police searched for the perpetrator +++

Bloody murder in Düsseldorf: Man stabs woman (36) on the street – 44-year-old stays on the run

Weather: on these days the weather gets very hot – but then thunderstorms and temperature drops threaten

It is said that the man fled for witness information in the direction of Brunnenstraße.

When Guido Adler, head of the "Bach" murder committee, announced Tuesday, the suspect threatened more people in his escape. The Prosecution made it clear that this was murder in the murders. The man had slipped on the woman from behind and had stung her.

Eventually the 36-year-old died of "multiple injuries". Researcher Adler: "Three of the knife wounds were so heavy that they were all deadly."

Düsseldorf: perpetrators and victims knew each other

As previously reported by witnesses, perpetrators and victims maintained a friendly relationship. The suspect had worked in a kiosk near the woman's apartment. For example, he got a fan for her cats.

The Iranian citizen has lived in Germany since 2001 and has been a refugee since 2010. Until now, he had not appeared to the police. He suffers from a mental handicap of 50 percent. Whether this affects his guilt, the public prosecutor did not want to judge yet.

8 of his brothers live in his apartment. The search is probably not there, the police had searched all the apartments. The family was shocked and behaved with the police.

The police specifically warned against addressing Akbar Shahghaleh. Instead, eyewitnesses must immediately choose the 110 or the 0211-8700.