Due to rampage: use at Kasseler Paul-Julius-von-Reuter-Schule 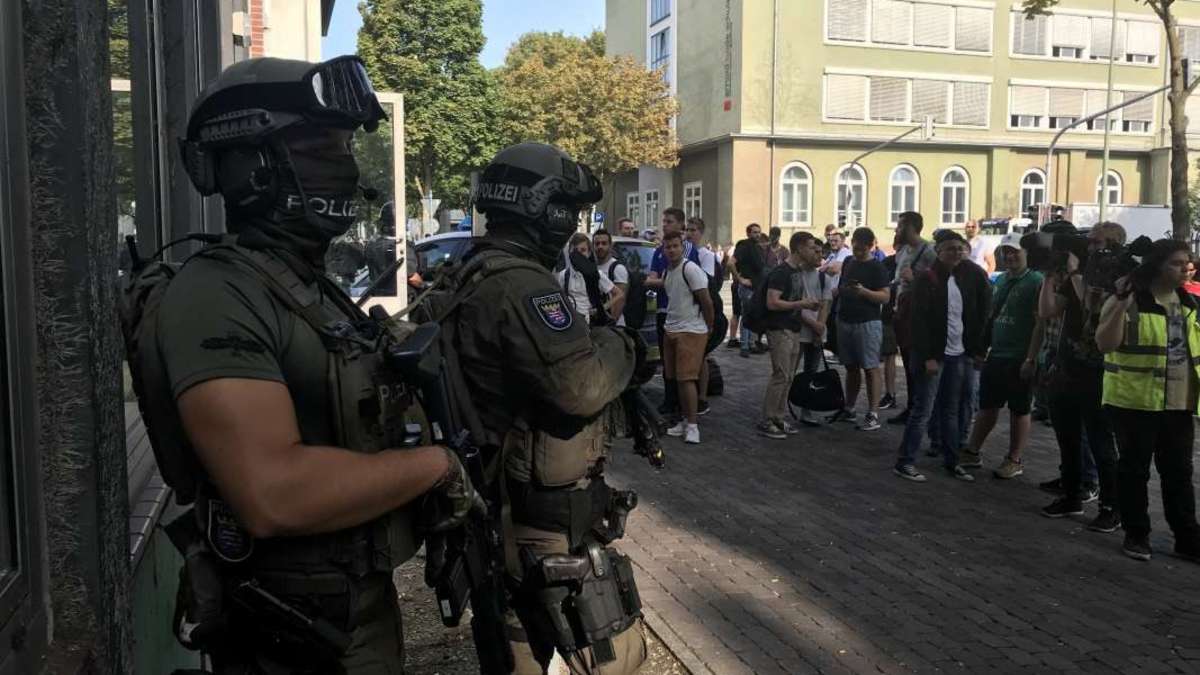 Due to a possible disaster the Paul-Paul-Julius-von-Reuter-Schule was evacuated on Wednesday in Kassel. Meanwhile, students are allowed back in the classroom. It was not the first threat.

This article is constantly updated, last at 9:40 am: Large-scale operation of the police at the Paul-Julius-von-Reuter-Schule in the district of Mitte in Mitte: due to an announced disaster the school was liberated Wednesday morning. Shortly after 7 am, two calls were made to the police and the secretary of the school to announce the corresponding actions. The block was lifted again at 9.30 am. Bags and backpacks are currently being searched with metal detectors.

The lessons must then take place again. Previously, students were also informed by WhatsApp groups that there was a threat of amok. The students should not come until the third hour. Others were irritated because they were told that they would leave at 11 o'clock. Those who had come despite the evidence of the first hour, were asked to leave the spacious closed area around the school again.

The police are in action with a large contingent. Special troops and an emergency intervention team are also present. Schillerstraße, Jägerstraße and Gießbergstrase were closed to traffic.

Police spokesman Matthias Mänz about the use:

Similar case in May

At the end of May there was a similar incident at the Reuter School. A caller who remained anonymous threatened that a bomb would go off. The caller reported to the police via an emergency call to send his message. As a precaution, the school was closed for a few hours – although the police experts did not take serious risks. To date, it is apparently not clear who was behind the action. Now civil servants are investigating whether there is a connection between the two cases.

The spring threat was not the first time that the Reuter School was the subject of headlines: in 2016, the 34-year-old Steven N. was killed outside the doors of the school. He belonged to the drinking scene of Kassel, who regularly gathered in the green space at the Schillerstraße / corner Gießbergstraße at the school. At that time, alcohol and drug addicts regularly visited the school grounds and, for example, contaminated the toilets. Moreover, the school had to fight against public procurement crime.

The Reuter School in Kassel