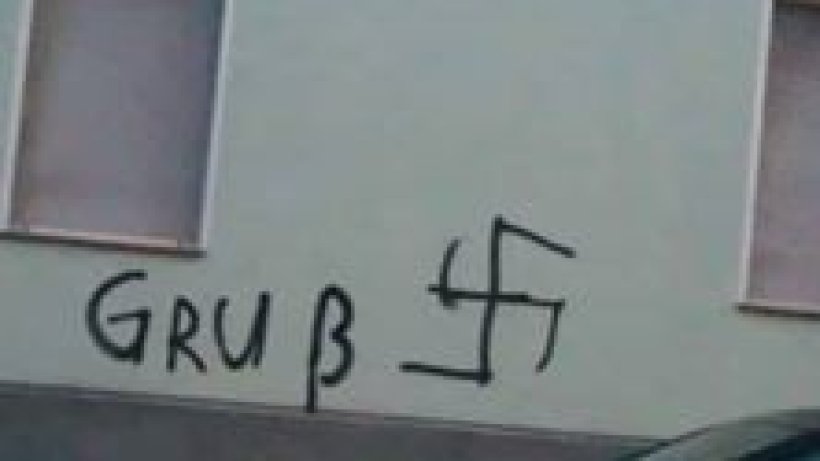 "Piss off!" Is there on the facades of residential buildings. In addition, swastika & # 39; s and other xenophobic slogans have been painted. The windows of a supermarket, a guardhouse at the station, the wall of a tunnel and the mosque were also smeared.

Recai Cetin lives in the area and is shocked. He is particularly concerned about a graffiti: "Not welcome", the strangers have painted in large red letters on the walls of the mosque, the "O" is a stylized visor – like a rifle scope.

"For me it feels like a murder threat," says Cetin.

In the neighboring Recklinghausen there was another crime that night, apparently with an extreme right-wing background. On the Bochumer Strasse, unknown persons have stuck more than four stumbling blocks with films. The stones are reminiscent of victims of the Holocaust.

After attacks on Jews – NRW Minister of the Interior Herbert Reul: "This is just the tip of the iceberg"

Islamism: Why Salafist women are concerned about the authorities

Thomas Tuchel: Ex-BVB-trainer creaks an age-old record from 1936 – and still has a big problem

On the slides, which look similar to the stones, are the names of women who are said to have been victims of refugees. The fact that they denigrate the memory of the deceased with their action and defeat the atrocities of the Third Reich seems irrelevant to the perpetrators.

Acts from the right pile up

Acts of this kind are accumulating. In 2017, national security counted 244 offenses with an extreme right-wing background. Eleven of them were violent crimes, the others were about right-wing propaganda such as swastika graffiti or showing the Hitler salute. Only a few days ago strangers had painted a huge swastika in the middle of a street. And in Dortmund, right-wing extremists had sung Nazi proverbs in a demo. Also in Dortmund two men had met a 34-year-old and previously called "Heil Hitler".