Flammeninferno in the middle of Saarburg 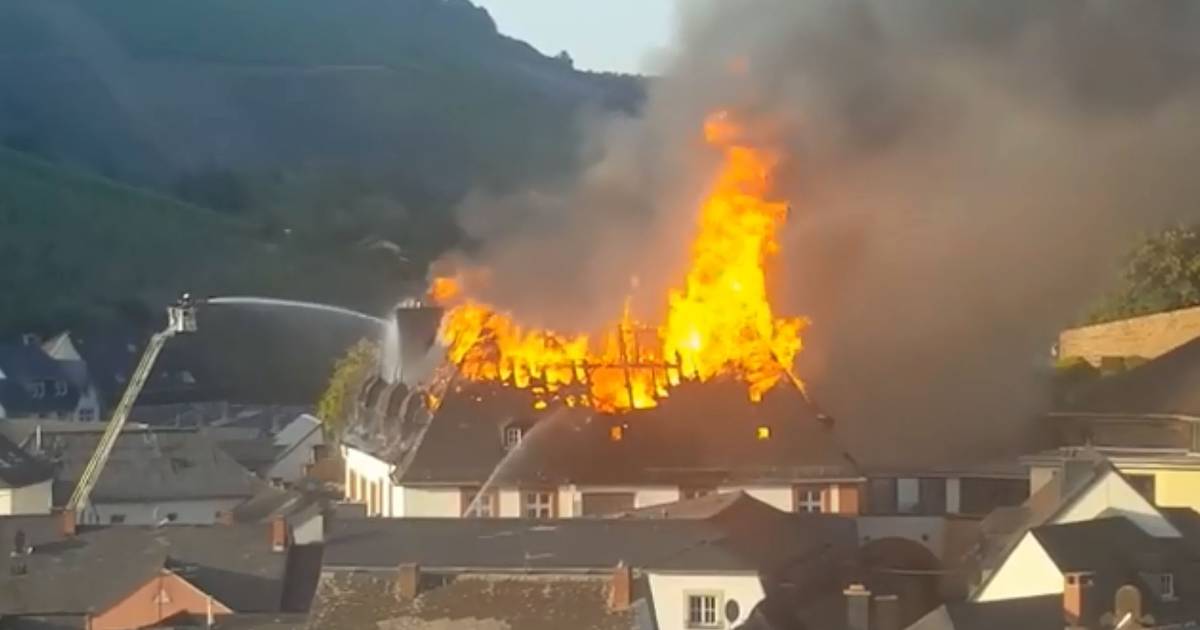 Major fire in Saarburg / Rhineland-Palatinate: there the mighty city hall of the municipality burns in the middle of the historic city center. Visible from a distance are dense smoke columns above the building, while at the same time high flames from the beams are blazing.

As a spokesman for the local police reports, passers-by had struck an alarm at 6:45 pm on Sunday (August 19). First they should have reported only heavy smoke above. Meanwhile, the entire roof truss is burning. Fire brigades from the entire district are in action. They receive reinforcements from colleagues in Mettlach and Merzig.

Wehr people are on their way to the city center. There is blue light everywhere. The entire city center is closed to traffic. There are up to 200 firefighters in service.

A kilometer-long snake is laid from the Saar to create sufficient extinguishing water for the fire. Wehr people remove the flames from the attic two hours after the outbreak of the fires. Most of the roof is just a skeleton. Parts of the facade have collapsed. Employees of energy supplier RWE have cut off the power supply around the building.

Burgomaster Jürgen Dixius of burgsburg is under the building. He is visibly shocked. His office is located directly under the attic. The wedding room is also part of the building. On Saturday 18.8.18 many couples were the marriage word. As it looks now, Dixius does not know. The Bürgerbüro is also located in the building. "For the time being, the Verbandsgemeinde is not yet operational," says the mayor kinky. The district manager Trier-Saarburg, Günther Schartz, is on the spot and is informed by the task and defense director Bernhard Klein about the situation.