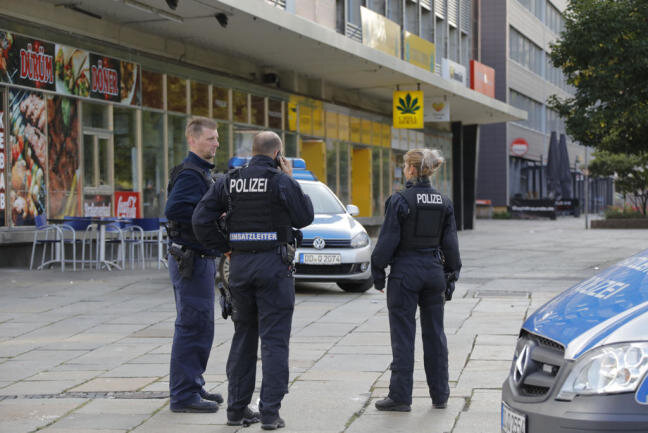 In a conflict in the center of Chemnitz, a man of 35 years died on Sunday morning. Two 33- and 38-year-old men were sometimes seriously injured.

The dispute started at 3.15 pm on the bridge road between the Weg der Nations and the Bahnhofstrasse. According to the police, a first verbal dispute between people of different nationalities led to the attack. First information, according to which men rush to help a woman who was sexually harassed, denied the chemnitz police station on Sunday morning.

Police officers were able to deploy two 22- and 23-year-old men who had fallen from the neighborhood during the investigation. It is still unclear whether they were involved in the dispute. On Sunday morning took place in the field of forensic investigation of the crime. The murder weapon, a knife, was found Sunday at the stage of the bridge, according to information from "Freie Presse".

The prosecutor Chemnitz and the Chemnitz police station investigate the suspicion of manslaughter. The cause of the dispute and the exact course of the crime are also determined.

Meanwhile, the city festival continues. Sören Uhle, Managing Director of Chemnitz Economic Development, who is organizing the city festival, said on Sunday that the incident would have no impact. Certainly not the party will be canceled. The city festival was 1 clock to the end. The incident took place at 3.15 pm, outside the Stadtfest area on the Brückenstraße between Bahnhofstraße and Straße der Nationen. The "tragic incident" has neither temporarily nor locally related to the city festival, Uhle said. "It was not a crime of the city festival and is only a matter for the police." (Jpe / fp)