Mountaineer collapsed on Watzmann to death

germany September 30, 2018 germany, Nation Comments Off on Mountaineer collapsed on Watzmann to death 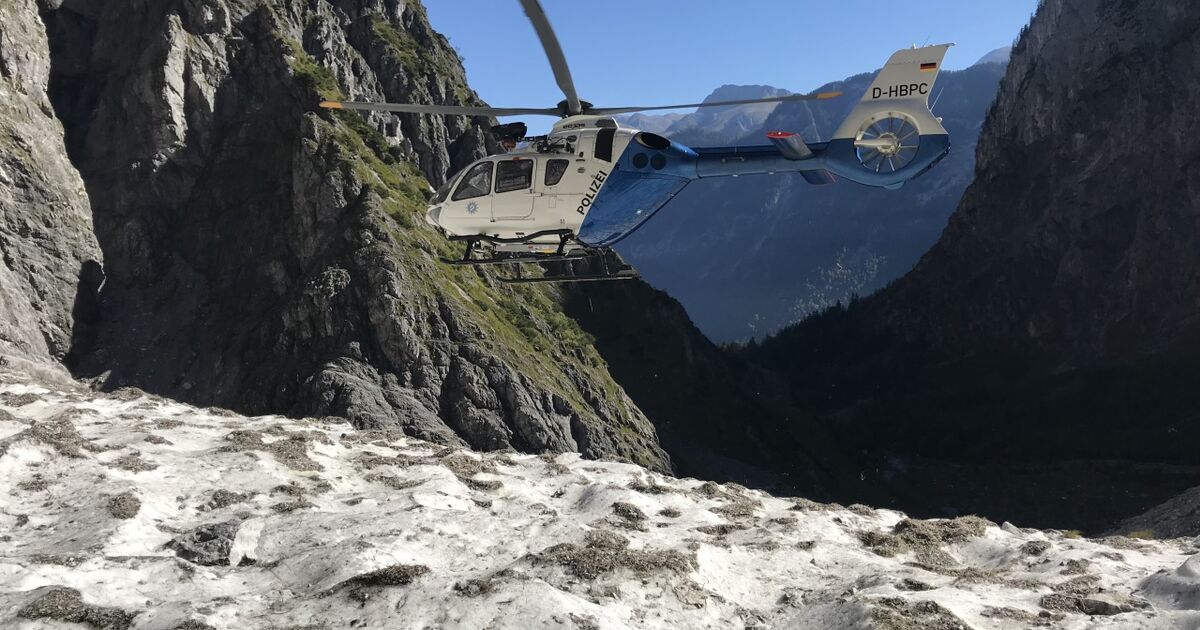 Rescuers had to stop the search for the victim in the ice chapel because of fatal danger.

Around 5.30 pm on Sunday, two experienced mountaineers from the Erding area wanted to climb the Watzmann East Wall over the Kederbacherweg. The high mountains, combined rock and ice tour lead in the lower part of the approximately 2000 meters high wall across the ice chapel to other rock passages. The transition from ice to rock is hampered by considerable marginal bends. The largely heavily undermined areas constitute a particular danger for the mountain climbers. In the search for a possible crossroads, suddenly one of the climbers broke out of a large ice area and he collapsed about 50 meters unprotected. His non-injured travel partner was unable to make visual contact or contact his companion and left at 6:45 am in the Traunstein control center from an emergency call.

The crew of the Traunstein rescue helicopter Christoph 14 flew the mountain Berchtesgaden to the ice chapel, which tried to find and rescue the fallen. The rescue team in the mountains was able to work through difficult rock walls in the immediate vicinity of the accident site in the Randkluft, but had to stop shortly before the finish, because about 200 cubic meters of labile ice masses in the form of a bridge at about 50 meters above the rescue troops and could break off at any time. Because of the acute danger to their lives in the ice cave, the task forces did not go on to the point where they now suspect the fallen, especially because a fall height of about 50 meters in free fall is incompatible with life. In the depths of the Randkluft they saw fresh ice masses, which had clearly been demolished with the mountaineer shortly before. In a second attempt, the rescue workers tried to get sideways through the opening to the site of the crash, but had to stop again because of the unstable ice masses at 12 o'clock, because the rising temperatures further increased the risk. Police and mountain rescue will give advice in the coming days, possibly better conditions for a new rescue attempt.