München-Neuperlach: Mother leaves newborn lying in the bushes – exposed to baby after a night of love 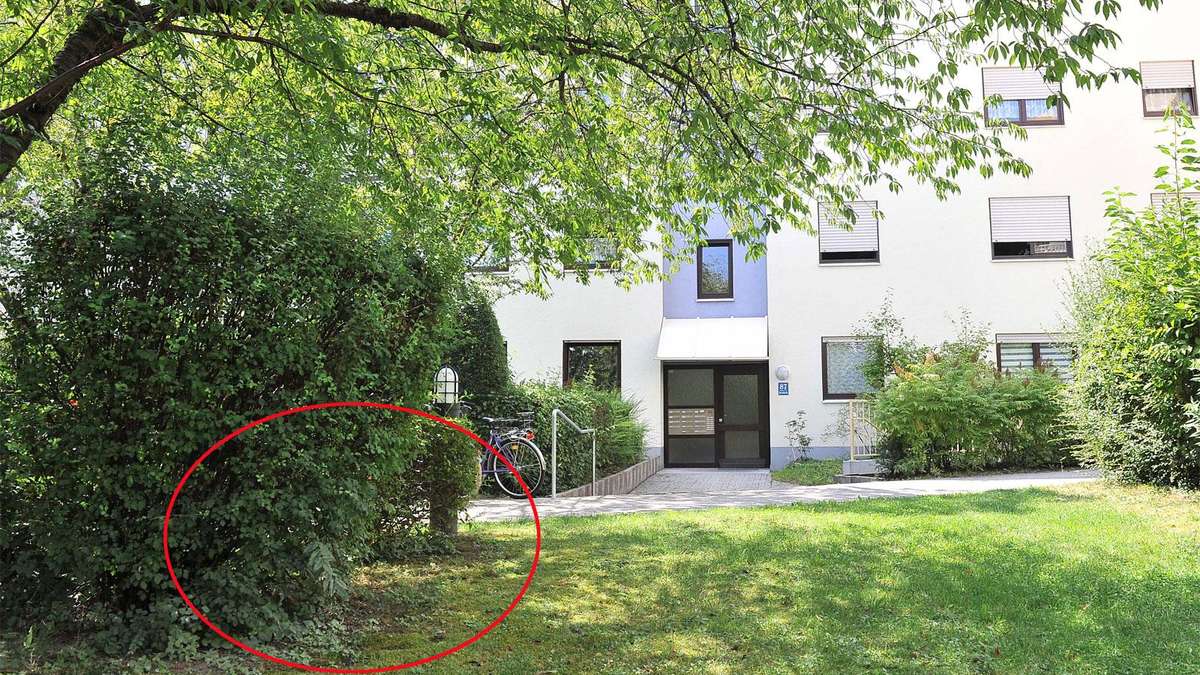 A woman just wanted to walk with her dog in Neuperlach. But she did an incredible discovery in a bush. A drama had played here on Saturday morning.

Munich – An inconspicuous white multi-family house in Neuperlach. For green pastures and hedges. Here in the bushes a human drama took place early on Saturday morning: a woman had her baby after a night of love – and left the helpless bundle.

A story that evokes many questions. On Facebook, a Munich (47) gets to know a 27-year-old woman from the Frankfurt area. They make an appointment for their first date in Munich and meet in a beer garden on Friday. The two celebrate and drink alcohol. Then his internet friend, whose family came from Pakistan, went with him to his apartment in the Therese-Giehse-Allee and had sex with him, the man later explains the police. The man saw that she has a bent belly. That she is pregnant – but he did not think so. At two o'clock in the morning they both fall asleep.

In the early morning, the 27-year-old man wakes the man from Munich and explains that she has severe stomach pain and bleeding. "I will take you to the hospital", said the Münchener. But the woman should have rejected that. He would have to take her to the train station so that she could go home to Frankfurt. Then Munich begins to clean its apartment on the 4th floor. The woman disappears. She descends to a nearby bush and gives birth to a boy. The umbilical cord separates them, leaving the newborn just alone.

Around 7 am the journalist takes the woman to the station. And she realizes that her stomach is flatter now, as he explains to the police. Later she contacted him again and said she was in hospital in Frankfurt. In the meantime your baby is still in the bushes! It is only 9.28 that a passerby discovers and calls the police. The boy can still be saved, his body temperature is only 26 degrees. A serious hypothermia, here a cardiovascular arrest threatens!

In the hospital, the little boy gets the name Justus – the righteous one. His mother could be determined by the police, but not yet questioned.

Declaration of origin 18 August 2018, 13:00: a woman did an incredible discovery on Saturday morning during a walk – and probably saved a life. She found a new born baby in a bush. The mother initially lacked a trace.

The press release from the police in the wording:

On Saturday 18-08-2018 at 09.28 am, a passerby police informed the police that they found a newborn Baby in a bush. The informed child emergency doctor brought the newborn to a clinic in Munich. A body core temperature of only 26 degrees was found, otherwise the baby was good under the circumstances. The child is a boy.

It was shown by the inexorably cut umbilical cord that the birth took place only shortly before. In a survey of local residents, a 47-year-old resident could be identified, who stated that on Friday, 17.08.2018, he had met with a woman, whom he only knew briefly about social media and had seen it for the first time. After having celebrated together in a beer garden and also drank alcohol, they had friendly intercourse in the apartment of the 47-year-old and then slept.

According to the 47-year-old, the previously unknown woman had a small excellent stomach, but he did not expect a pregnancy. In the morning the 47-year-old was awakened by the lady. She complained of severe stomach pain and bleeding. His offer to take her to a hospital refused her.

She asked to be taken to the train station to drive back to Frankfurt to visit a hospital there. After the 47-year-old had cleaned the apartment and prepared for departure, the lady had disappeared from the apartment. Then he also left the apartment and met the woman again on the ground floor. He then drove her to the main station and dropped her off there. He noticed that her stomach was flatter. The 47-year-old claimed that the woman reported again later and that she was now in a hospital in Frankfurt.

The best and most important stories from this part of Munich, we place on the Facebook page "Perlach – my neighborhood."

Recently a case in Duisburg got the headlines:

They are called Emma, ​​Lilo and Hanna and were abandoned as babies. The police discovered years later that the girls are sisters. Now the police fear the worst.