Price for pork too cheap 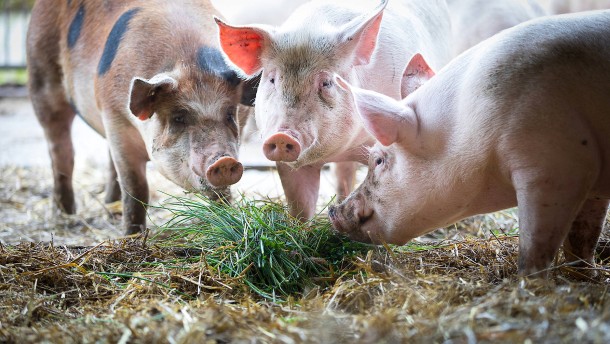 Happy pigs: that's how it should be. But that costs.
Image: Daniel Esswein

The farmers' association sees consumers as a duty: if you want good meat, you must be prepared to pay more – especially because new animal welfare requirements apply. Many would have unrealistic ideas.

"Pork would be nearly twice as expensive for consumers, so we meet the animal welfare requirements such as castration of piglets under anesthesia or significantly more room for the sows to go without going bankrupt." Nevertheless, the mäster would not have more money earn by the higher prices, but only maintain their standard.

Many people would have a better attitude of slaughtered animals, but they are often unwilling to spend more on it, Schwarz said. "People want the free-floating sow under the blossoming apple tree – but often they can not or do not want to pay because they do not feel any added value if they want to pay more for less meat."