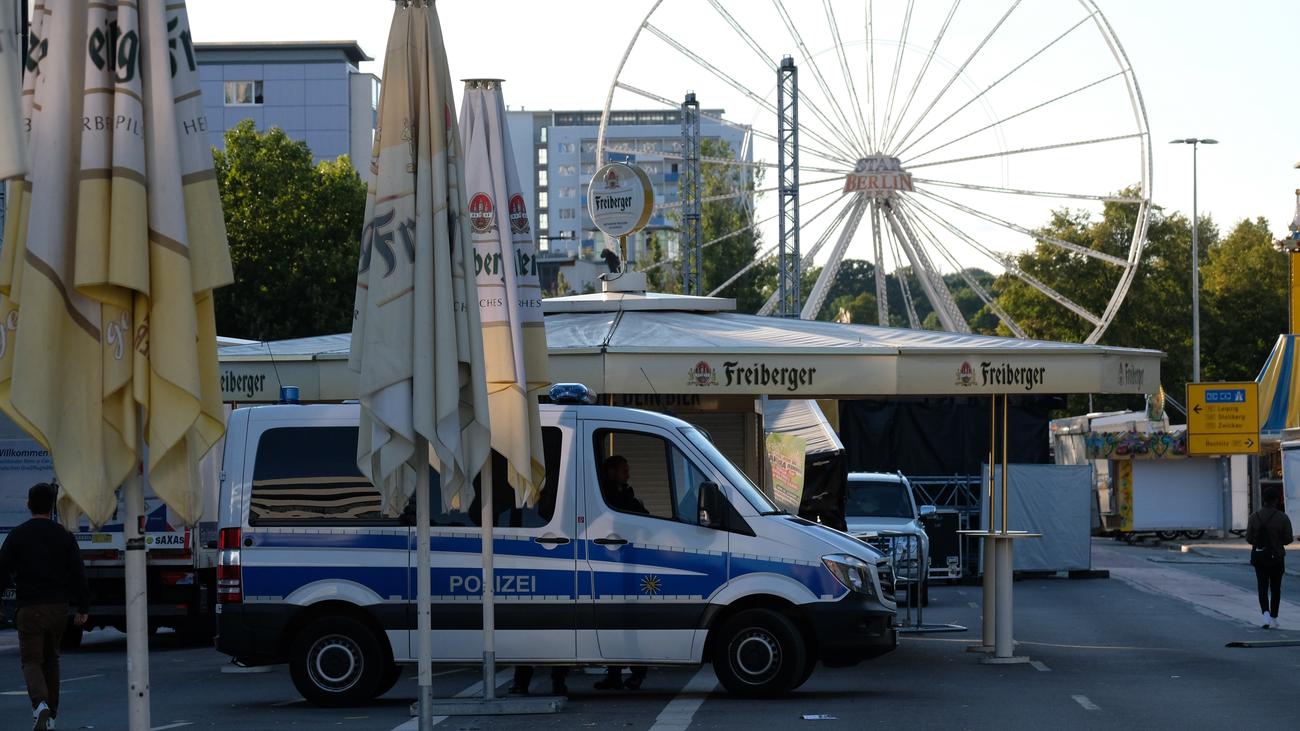 Tumult scenes in the city center of the Saxon city Chemnitz: Hundreds of rights went through the streets on Sunday afternoon and attacked people who apparently assumed they were not Germans. In the beginning, the far-right crowd was superior to the police.

The events preceded a stabbing in the night of Sunday, in which a 35-year-old had died. On the correct Facebook page it was then reported that the stabbers were "Southerners", the victim reportedly a Russian-German.

The police did not confirm the origin of the participants. In a statement that the police published in Saxony on Twitter, they only wrote that there had been "a clash between different people of different nationalities".

"Kaotic Chemnitz", an ultra-group of Chemnitzer FC, nevertheless called on Facebook for a spontaneous commitment at the Chemnitz City Festival. The motto: "Show who is speaking in the city." The call was shared hundreds of times by noon.

At 4.30 pm according to the police "an estimated 800 people" gathered in the Karl Marx monument in the city center. Shortly thereafter, the group left, although the police said they were still trying to "talk to allegedly responsible people in the group". The group of people had not responded to the speech of the police and showed no willingness to cooperate, it said in the message.

Police squadrons could initially only run next to the deployment. Moments later, the officials tried to stop the crowd – but the right-wing extremists broke through a police cordon in the pedestrian zone.

It was shuffling, the officials sat down. The march moved uncontrollably through the city center, in the meantime even seemed to increase to even more participants. Among them were many teenagers, including families with children. Even a police force in the Chemnitz central station was immediately overwhelmed. "In the course of this dynamic phase there were also bottle throwers in the direction of police officers," the police wrote in their message.

The right-wing people stormed people on the side of the road, who apparently assumed they were not Germans. From the crowd came slogans such as "foreigners", "We are the people" and "This is our city" to hear.

At the nearby Johannisplatz the spells followed violence. Some participants in the right-hand bet are registered with several people. The police managed to repair some attackers on the ground. Meanwhile, other protesters ran after other people in a parking lot opposite.

In an updated communication, the Saxony police also
Scattered on Twitter she wrote: "Currently it is
Police four ads in the context. This is about
two charges for mistreatment, one for both threat and one
an advertisement for resistance against law enforcement officials. & # 39;

After less than an hour, the participants returned to the Karl Marx monument. It was not before that the number of police officers grew and more officials had to be called. Moments later, the march stopped on the scene, where the blood of the last night was still hanging on the floor. There, about 30 rights separated from the meeting and walked to the nearby Stadthalle Park, where they threw a group of people with bottles.

When the crowd started to move, the city festival was long gone. Organizer Sören Uhle had initially explained piety because of stabbing. Later he announced that the party had been canceled in consultation with the police because of safety concerns.

"When I see what has developed here in the hours on Sunday, I am shocked," said Mayor Barbara Ludwig (SPD), the MDR. "The fact that it is possible for people to meet, collect and destroy a city festival, run through the city and threaten people – that's terrible."

In neo-nazi circles the march is celebrated as a success. Some did this immediately after the march, others later on social networks. Meanwhile, there is another call for Monday. Neo-nazi & # 39; s want to march again in the evening.