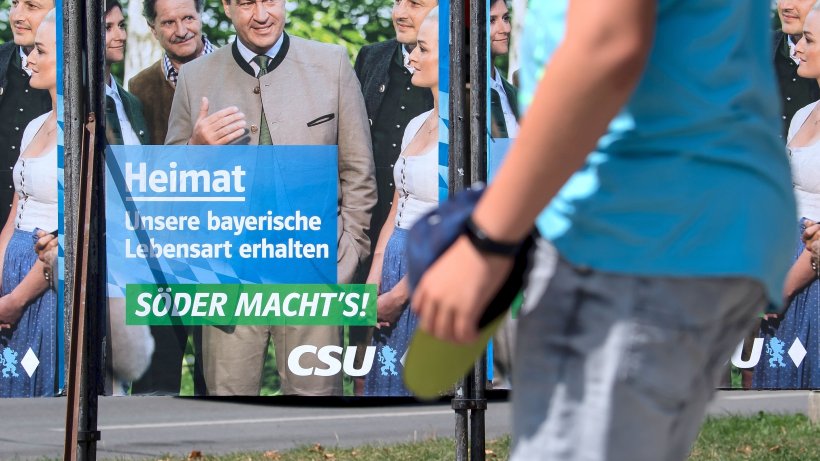 The CSU has forgotten to get the slogan "Söder macht & # 39; s" on the internet. The saying now belongs to the SPD in Bavaria – and that's great.

Munich.
On purpose, the SPD reacted to the failure of Prime Minister Markus Söder and his CSU campaign team to secure the slogan "Söder power & # 39; s" on the internet. "It really belongs to the digital basic knowledge, that proves this", said the speaker of the Bavarian SPD, Ino Kohlmann, on Tuesday in Munich. "We were astonished that the CSU does not work so neatly in the field of craftsmanship."

Firstly, the industrial service Meedia had reported on the glitch.

The slogan "Söder macht & # 39; s" is written in capital letters on posters on which the prime minister wears national costume. Only the CSU had clearly forgotten to secure the motto on the internet and in social networks.

The SPD benefited from the breakdown and accused the prime minister of the internet address "soeder-machts.de" now including 32,000 public apartments sold to private investors, leaving 80,000 tenants in the rain.

To Söder
Kohlmann said that if this "contains new topics and we think we should respond, we will do so through this site".

CSU Secretary General Markus Blume accused the SPD of deceiving false lies against voters. The despair of the Social Democrats must be "quite big when they have to steal CSU slogans."

Blume spoke about slapstick, false news and dirt campaign. "An opposition that has plagued political decency, but if the first perceptible campaign action spreads out wrong news is utterly unbelievable," Blume said.

On Tuesday evening the CSU was indulgent again. Through Twitter, the party distributed various links, all of which led to their government program. The links were – with a view to SPD top candidate Natascha Kohnen: "spdmachtnix.de", "better life with küchen.de", "kohnenplus.de", "derechtesoedermachts.de" and "kohnen-plus.de".