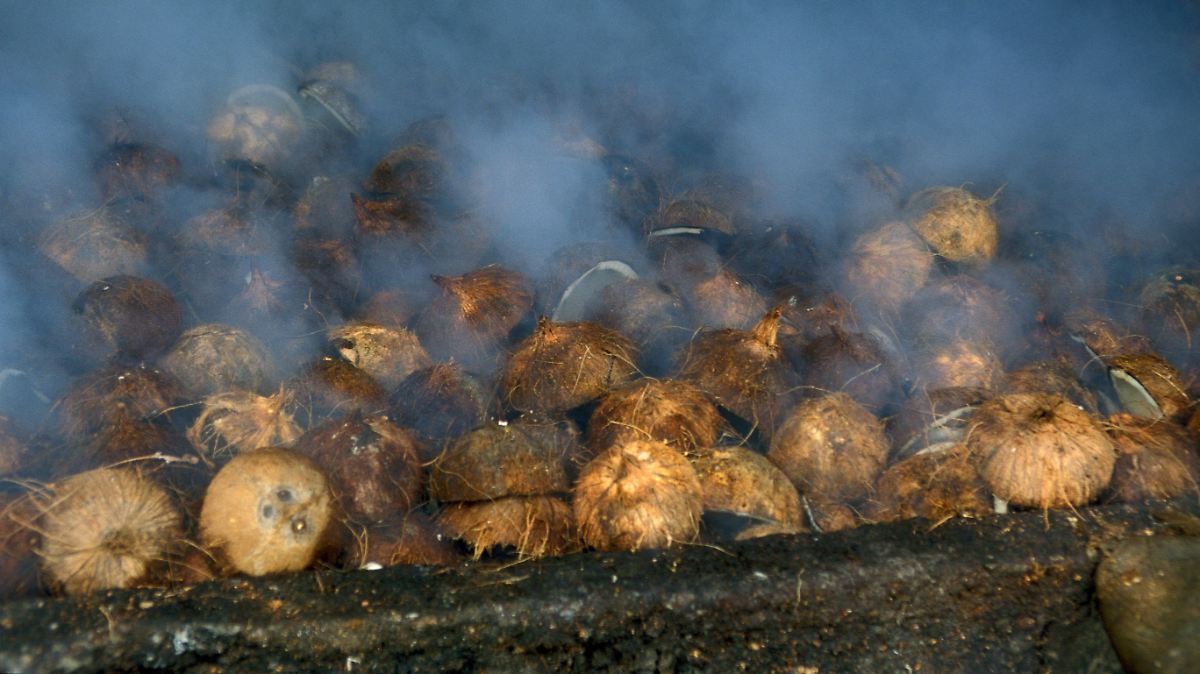 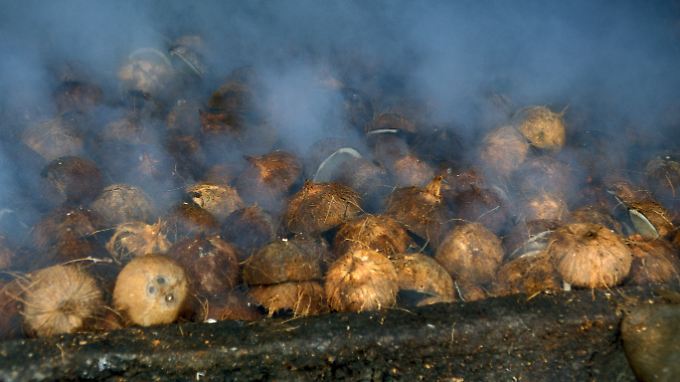 This is how it looks like oil is made from coconuts.

Coconut oil is currently considered the superfood par excellence. However, experts now warn about the product, because the numerous saturated fatty acids apparently greatly increase the risk of cardiovascular disease.

Nutritionists recommend careful use of coconut oil. The vegetable fat produced from the nutritional tissue of coconuts is becoming increasingly popular among consumers, said the spokeswoman for the German Food Company (DGE), Antje Gahl. However, it contains a lot of saturated fatty acids. These posed a health risk and, among other things, increased the risk of cardiovascular disease. Coconut oil is wrongly a positive image, said Gahl, the German news agency.

The physician Karin Michels recently started a heated discussion about the pros and cons of the oil. In a lecture, the director of the Institute for Prevention and Tumor Epidemiology at the University of Freiburg named the food as "the pure poison" and recommended consumption. The reactions to the YouTube video platform had a great response and very emotional criticism, said a spokesperson for the hospital. The goal of Michels was to provide information about nutrition and health.

Michels' statements are pointed, Gahl said. They are correct in the matter. Several international studies have pointed to the health risk of coconut oil. Nevertheless, the exotic fat benefits from the trend towards international and also vegetarian and vegetarian dishes. There is increasing demand in the trade. Anyone who occasionally uses coconut oil to cook does not have to worry, said nutritionist Gahl. However, it is often harmful. That coconut oil helps to lose weight, as the advertising suggests, is simply wrong, Gahl said. Accordingly, vegetable oils such as rapeseed, soy, olive oil, sunflower oil or linseed oil are better than coconut oil. These contain unsaturated fatty acids and were therefore less doubtful. Unsaturated fatty acids are good for the heart and circulation of people.

Even nature conservationists can not warm themselves up for coconut oil. Because of long delivery routes and often questionable cultivation methods, it has a poor ecological balance, said Ilka Petersen, consultant land use and sustainable biomass at the WWF Germany environmental organization. Ecological and social minimum standards would hardly be observed. In addition, the trade puts coconut farmers increasingly under pressure. They could hardly live off their income despite the rising demand, the majority of the profits go to the numerous intermediaries in the sector. The social and economic conditions for farmers need to be improved urgently.