"Will" talk about the drought in the summer of 2018: is that still climate or weather? 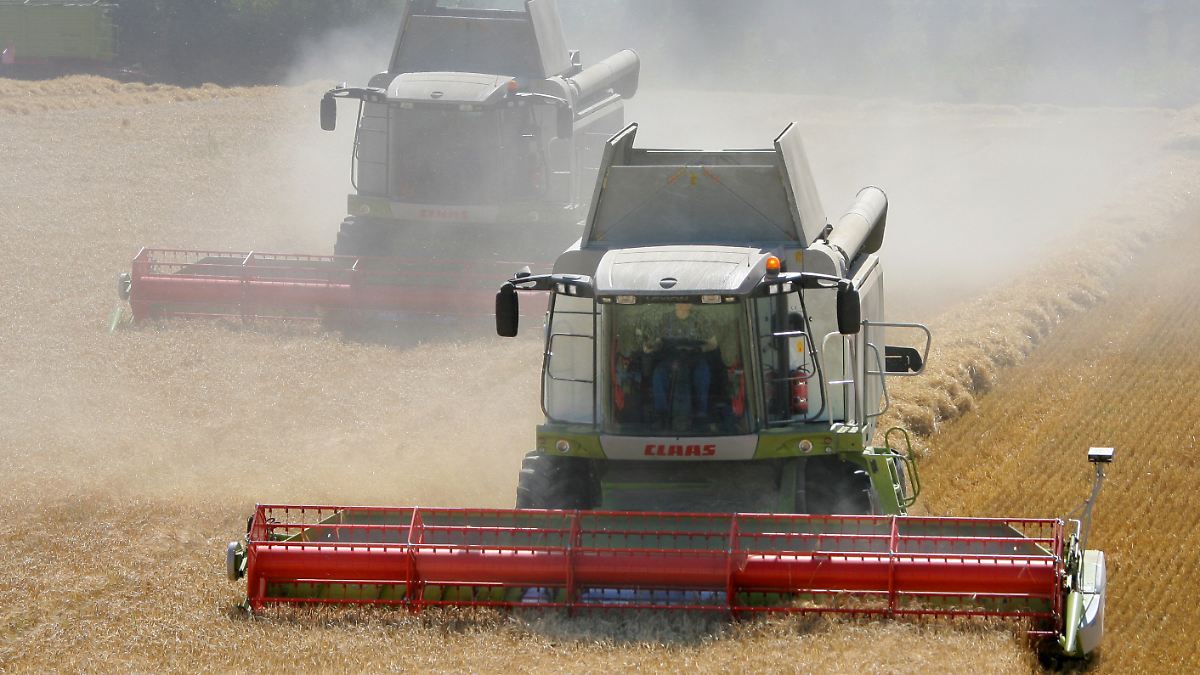 The Farmers & Associates' question is: a billion euros to mitigate the impact of extreme summer on farmers. But with Anne Will this is only a partial aspect, here the guests spin a bigger wheel.

Record temperatures and droughts throughout the country cause forest fires, low water levels and crop failures. In the first program after the summer holidays Anne Will discusses the question: "Is that still or is it all climate" with the Federal Minister of Agriculture Julia Klöckner, climate researcher Hans-Joachim Schellnhuber, the vice-president of the German farmers' association, Werner Schwarz , the green co-boss Annalena Baerbock and the Minister of Economic Affairs of North Rhine-Westphalia, Andreas Pinkwart of the FDP.

Is that still true or is that already climate? 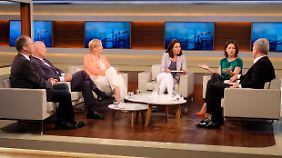 CDU politician Klöckner emphasizes that she is not a scientist, but you see that the weather is getting more and more extreme. Boer Schwarz also reports increasing weather fluctuations, which have already led to food losses of almost 50 percent this year.

The scientist Schellnhuber finds clearer words: "It is clear climate 97-98 percent of scientists agree that we have man-made climate change." In science one can hardly be safer. Will wants to know if the next summer will be just as warm again. "Of course not," answers Schellnhuber. But beware, the fluctuations get bigger and bigger. "And that's poison for agriculture."

"Farmers must not dig their own grave"

For the failed harvests in 2018 alone, the farmers' association recently demanded € 1 billion of emergency aid from the federal government. The central role is played by the Ministry of Agriculture, whose boss sits in the round. Will tries to get an estimate of Klöckner's claim, but he wriggles. Of course there will be help, but you can only find out what exactly is needed at the end of the season. But Will joins in and Klöckner gets carried away by "in principle everyone can demand what he wants", after which the presenter analyzes: "That does not sound very promising."

Even the Green Party chairman Baerbock wants "not to distribute aid with the watering can", but to see exactly who needs help. In the long run, however, the goal should be to subsidize climate-friendly economies so that farmers do not "dig their own grave". Seven percent of emissions in Germany would come from agriculture.

Klöckner points out: "We should not do one thing, the ecological play against conventional agriculture." One way is not better than the other, because in 20 years there would be two billion more people in the world and feeding everything would not be enough for organic agriculture alone. "Sustainability is a long-distance race, not a sprint." Then Will throws the round: "Do we have time for a long distance run?"

When heated to 3-4 degrees, large parts of the earth become uninhabitable

As a result, climate researcher Schellnhuber points out that since the beginning of industrialization the earth has already been heated up by one degree and that we are on the way to a global warming of three to four degrees Celsius on the current course in the next 80 years. This means that a large part of the earth will become uninhabitable. For example, the North Sea island of Langeoog would completely go under.

But it is not just politics and agriculture, Will notes. She wants to try to get the guests and the public at home from the comfort zone, because "stupid, we are all responsible." According to a German trend quota, 88 percent of Germans consider climate policy important or very important, but German consumer behavior is changing in the opposite direction. Every year more flights, cruises or SUVs are bought in Germany, all of which have a negative impact on the carbon footprint.

To destroy the joy of eating and traveling?

There is disagreement about possible measures in the round. For Baerbock there should be a kerosene tax. It is not possible that the train is always more expensive than flying. Klöckner refers to the food industry and describes Germany as world champion in food waste. The price-dumping competition during the barbecue season is frightening and indecent. Pinkwart of the FDP does not like bans on cheap meat or a kerosene tax. Most of them are pensioners and students. On the contrary, the policy must give tax incentives to save energy: "If our homeowners would finally get modern heating systems, we could save millions of tons of CO2."

Climate protection as a human right

Finally, Will wants to know from the round if she sees climate change as a human right. For the scientist Schellnhuber, this is directly related to the right to physical integrity. Klöckner agrees: if nothing else can be cultivated in the Sahel, we are also responsible for that. Moreover, the consequences of migration would arise with us in any case.

The last word of the evening is given to the climatologist. She wants to know if he still thinks that rapid political action in climate policy is possible. Schellnhuber laughs briefly, looks at the Minister of Agriculture and says, "Here is Mrs. Klöckner, who plays an important role in the CDU, and perhaps this program is a starting point for the turnaround."