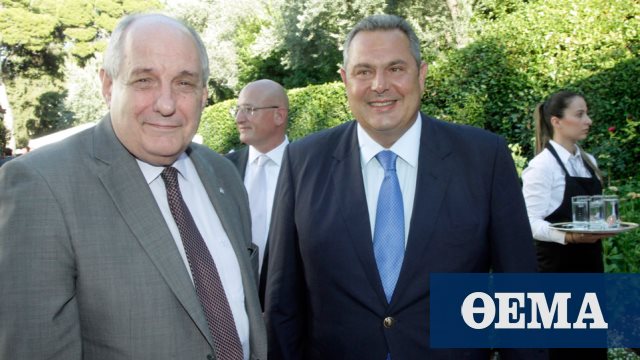 ANEL spokesman Theodoros Tosounidis spoke in the central bulletin of Kontra Channel in response to the party's attitude towards the Prespa agreement.

"It is a unanimous decision by the party, Mr. Cuik put himself out of the movement, finally," said the ANEL spokesman and responded to a journalist's request.

ANEL spokesperson Thodoros Tosounidis put him out of the party @TerensQuick in the "air" of KONTRA!

"Mr. Kick has put himself out of the movement", he said a while ago in Kontra & # 39; s Central Newsletter with @GiorgosMelingon

See what she said in the video below: pic.twitter.com/ojZX5wS43i

Mr Kouik is one of the few members of ANEL who are openly in favor of the agreement signed by Alexis Tsipras and Zoran Zaev in Prespa, who for a long time was a "foreign body" to Panos Kamenou's party.

As the ANEL spokesman said, Mr Kouk carried his actions out of his party.

A little earlier, the Panos Kammenos had proposed that Minister of Tourism, Elena Kountoura, have drawn up the line of the party against the Prespa agreement.