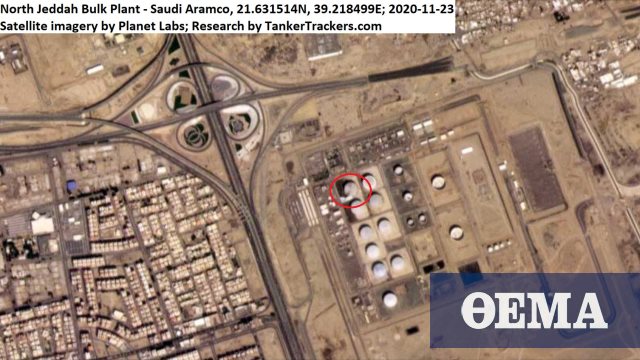 The Yemeni Houthi rebels, backed by Iran, launched a missile against an installation of the oil giant Saudi Aramco in Jeddah, western Saudi Arabia, and caused a fire in an oil tank, according to gathering sources.

“There was an explosion following a terrorist attack involving a missile that started a fire in an oil tank at the oil distribution terminal in northern Jeddah,” the Energy Ministry announced tonight. From Saudi Arabia.

He clarified that groups of firefighters have put out the fire and there are no deaths. He also assured that Aramco’s deliveries would not be affected by this act of “terrorism and sabotage”.

# Saudi Arabia #Yemen #Aramco #Jeddah
The facility is located in the north of Jeddah and near King Abdulaziz International Airport. pic.twitter.com/fbrWOhIrNW

Yahya Sharieh, a military spokesman for Houthi, said hours earlier that “a Quds-2 missile had hit its target accurately and ambulances and fire trucks rushed towards the target,” a Saudi distribution facility near Saudi Arabia. Red Sea.

The TankerTrackers website, which monitors tanker movements, quoted satellite images from Planet Labs showing an oil tank at the North Jeddah bulk plant that was “hit and (the fire) quickly put out.”

According to Sharia law, the attack was in retaliation for the “continued aggression and siege of the Yemeni people” by Saudi Arabia, which has led a military coalition in support of the internationally recognized Yemeni government since 2015.

The coalition reported in a statement broadcast by Saudi spa press agency that the Houthi rebels “were involved in this cowardly terrorist attack, which does not target the kingdom’s national capabilities, but rather targets the nerve of the world economy and its supply, as well as global energy security.”

Rebels are ramping up attacks on neighboring Saudi Arabia, especially in the southern provinces along the border with Yemen. But Jeddah is about 600 miles from there.

Aramco has already come under several attacks, most notably in September 2019, which temporarily cut the kingdom’s oil production in half.

The Χούθι claimed responsibility for these attacks, but United States blamed Iran. THE Tehran he denied it.

Sharie also warned foreign companies operating in Saudi Arabia, urging them to avoid “critical facilities” that could be targeted.

The attack came a day after a two-day G20 summit held online in Riyadh on the coronavirus pandemic and shortly after the departure of US Secretary of State Mike Pompeo, who visited NEOM (northwest) on Sunday, a growing futuristic big city in the kingdom.

UN Secretary-General Antonio Guterres has expressed concern about a statement by the United Nations envoy following the attack on a civilian base in violation of international law.

The revelations about the brutal murder in Mani are shocking: “While he was on psychiatric drugs, he had a gun license”

Check out all the latest news from Greece and the world, at the moment it happens, at Protothema.gr